A rare rock crystal slide, made 321 years ago to commemorate the death of Queen Mary II, joint sovereign of Britain from 1668 – 1694 has been uncovered in a box of thimbles. 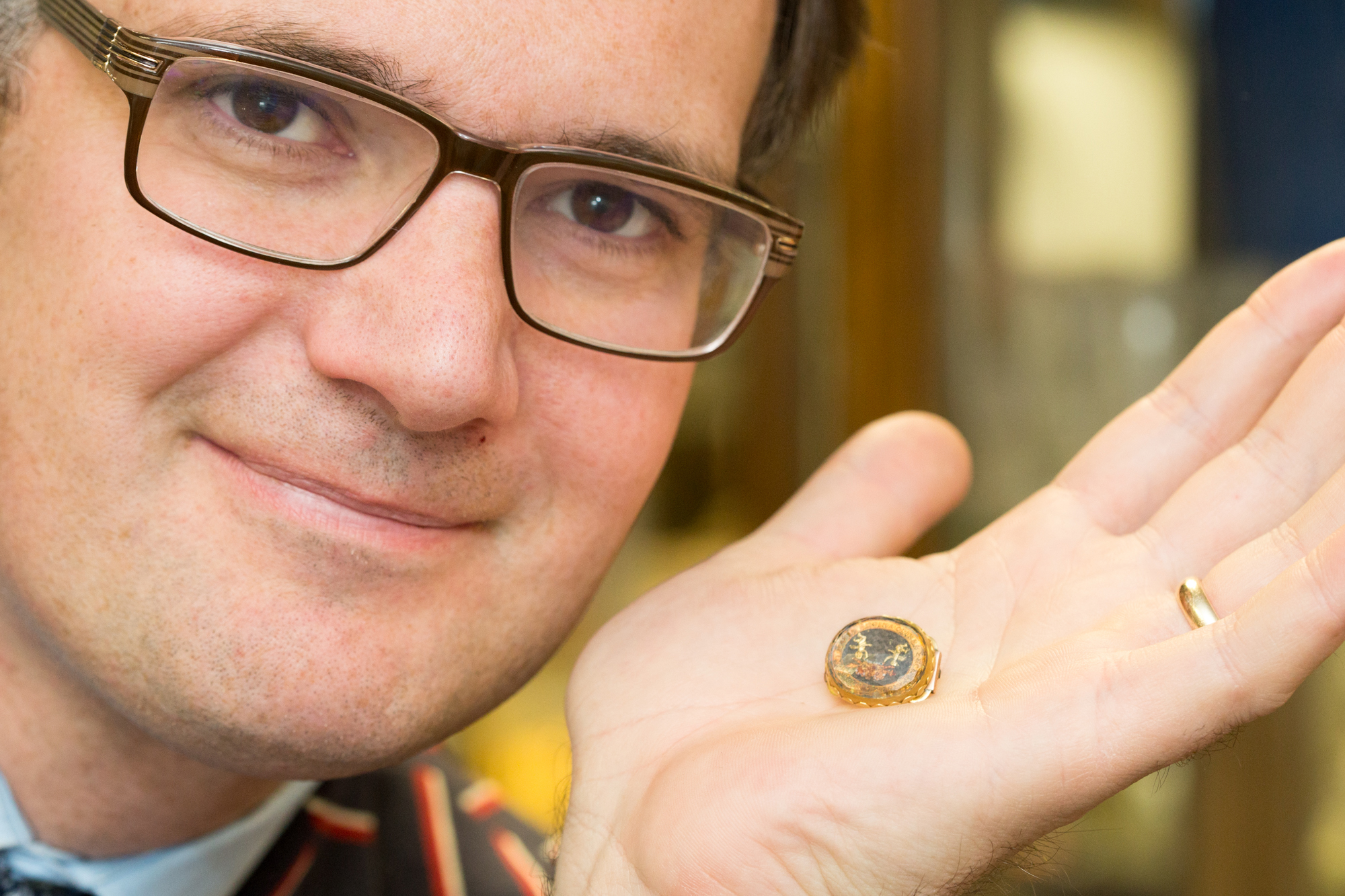 Commenting on the find, Charles Hanson, manager of Hansons Auctioneers, said, “Whilst cataloguing a box of 19th century thimbles, I was amazed to uncover a slide lurking in the bag. The slide made of rock crystal is exceptionally fine and in very good condition.”

The ‘memento mori’ (mourning) slide, dated December 28 1694, is made from gold and the jewel is set with a compartment of Queen Mary’s woven hair overlaid with devices of the royal crown and two heavenly cherubs. The coloured enamels are as bright as they would have been when the slide was made at the end of the year in 1694. Around the edge of the slide in gold letters is the motto Memento Maria Regina Obit 28 Decembris 94 and measures one inch by 3/4 of an inch. 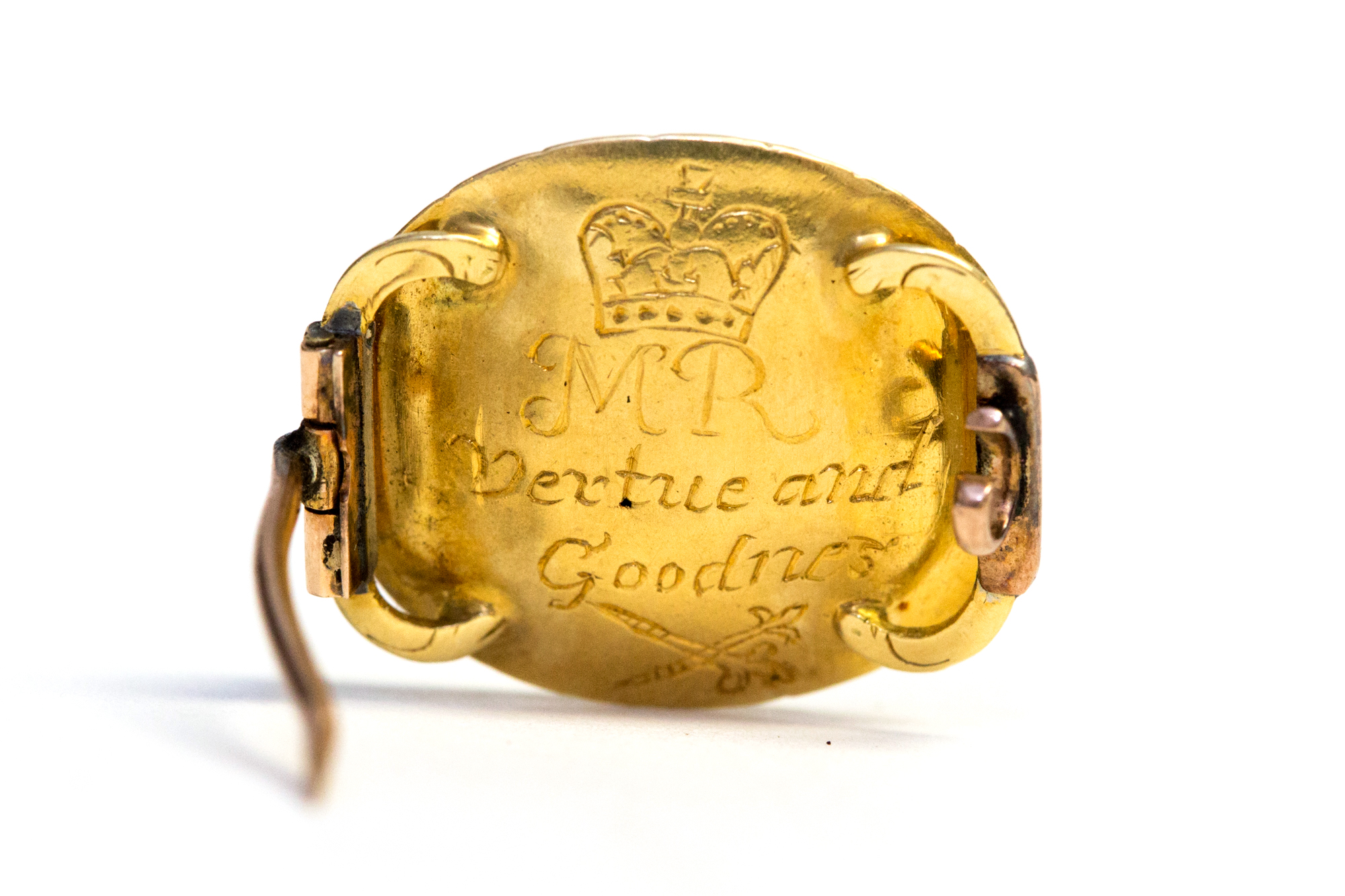 “It is very rare to find such a Royal slide outside the actual members if the Royal family,” said Charles.

According to The Victoria and Albert museum, ‘the slide would have been given in January 1695 to a member of the Royal Court or a woman of the bedchamber. The slide would have been worn originally on a silk ribbon. The quality of such a jewel would have been reserved for the very noblest of individuals within Royal circles. The reverse of the brooch is engraved with the MR Royal cypher and simple verse Virtue and Goodness.’

In December 1694, Queen Mary II succumbed to smallpox and died at the age of 32. Her husband King William III was grief stricken and he wrote at the time,  from being the happiest of men I shall now be the most miserable creature on earth.

The nation underwent a period of long and deep mourning for the Queen. Four mournful trumpeters played a slow march leading her elaborate funeral procession to Westminster Abbey. After his death, the King was found to have kept a lock of Mary’s hair and her wedding ring next to his heart. 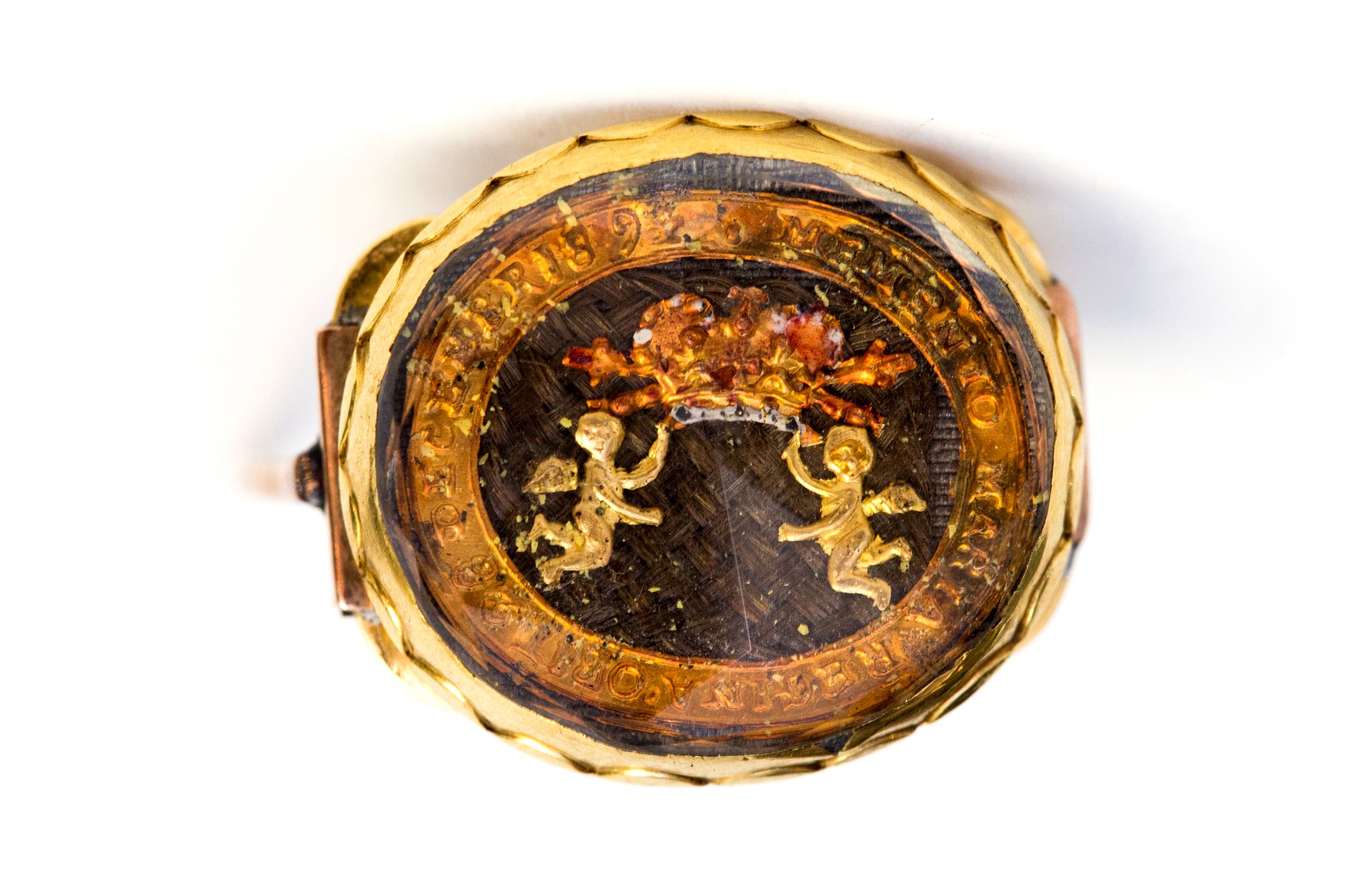 “If only the jewel could talk,” commented Mr Hanson, “it is quite remarkable to handle a jewel containing the Queen’s hair from the late 17th century.”

Queen Mary II was a popular and well-liked Queen and during the cold winter of her death, the River Thames froze and her embalmed body lay in state in Banqueting House, Whitehall. On 5 March, Queen Mary was buried at Westminster Abbey and her funeral service was the first of any royal attended by all the members of both Houses of Parliament.

The jewel is estimated to make up to £1000 when it is entered into Hansons Summer Jewellery Showcase on Thursday 30 June.