Bonhams takes a lead role in the Post-War and Contemporary Art season with a spectacular Andy Warhol painting of Chairman Mao, estimated at £580,000-780,000, to be offered at New Bond Street on Wednesday 29th June. 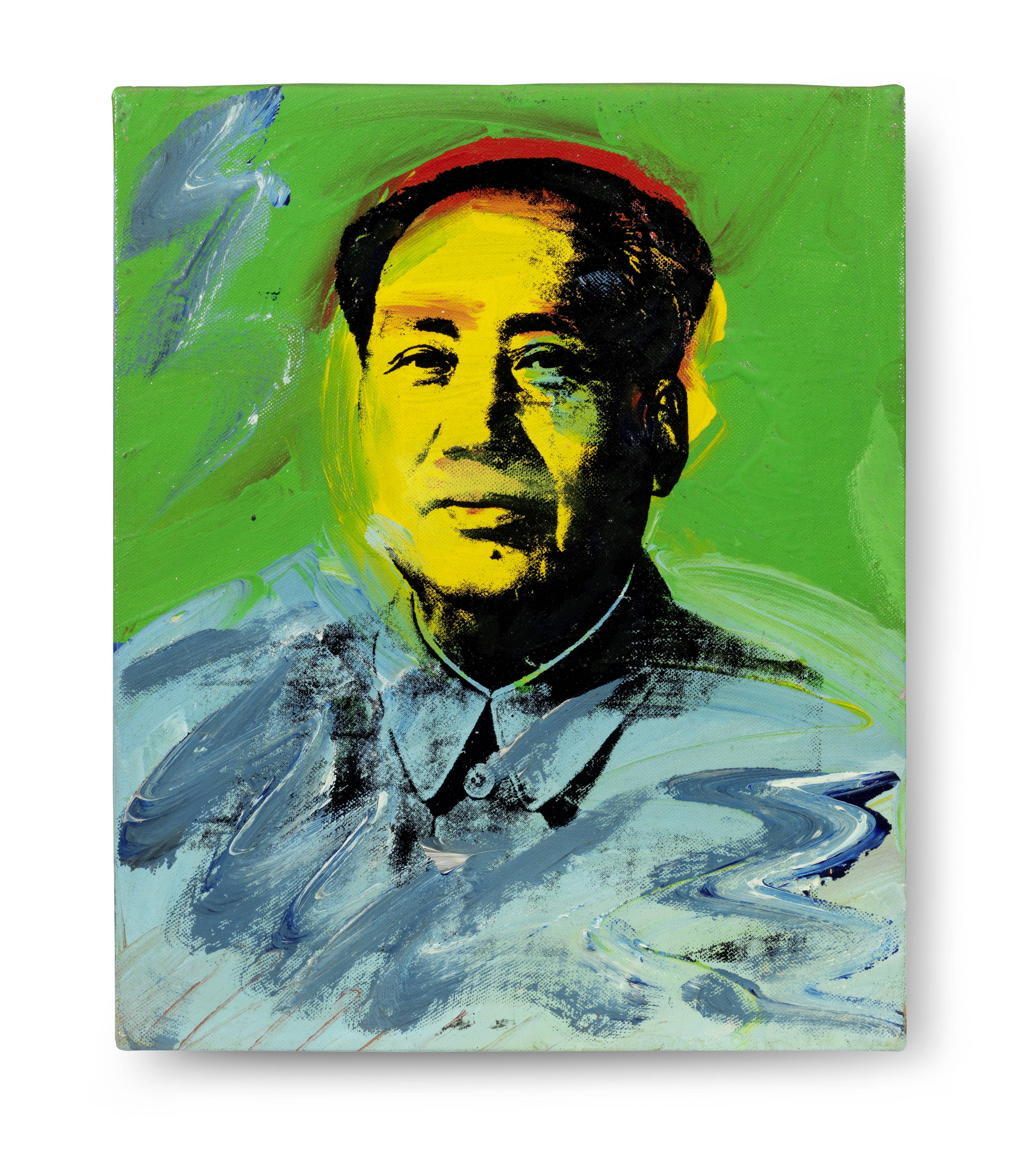 The stunning, densely-textured painting of Chairman Mao by Andy Warhol comes fresh to the market having originally been handled by the artist’s legendary dealer Leo Castelli in the 1970s. The distinctive coloration and clarity of composition makes this arguably the finest of the series ever to appear at auction. This particular piece has unusually thick impasto, with expressive brushwork in subtle blue hues and a halo of vivid scarlet interrupting the almost blinding vibrancy of the acid green background. Renowned as one of Warhol’s most significant, signature images, the Mao paintings feature in many of the world’s most prestigious public and most important private collections worldwide. 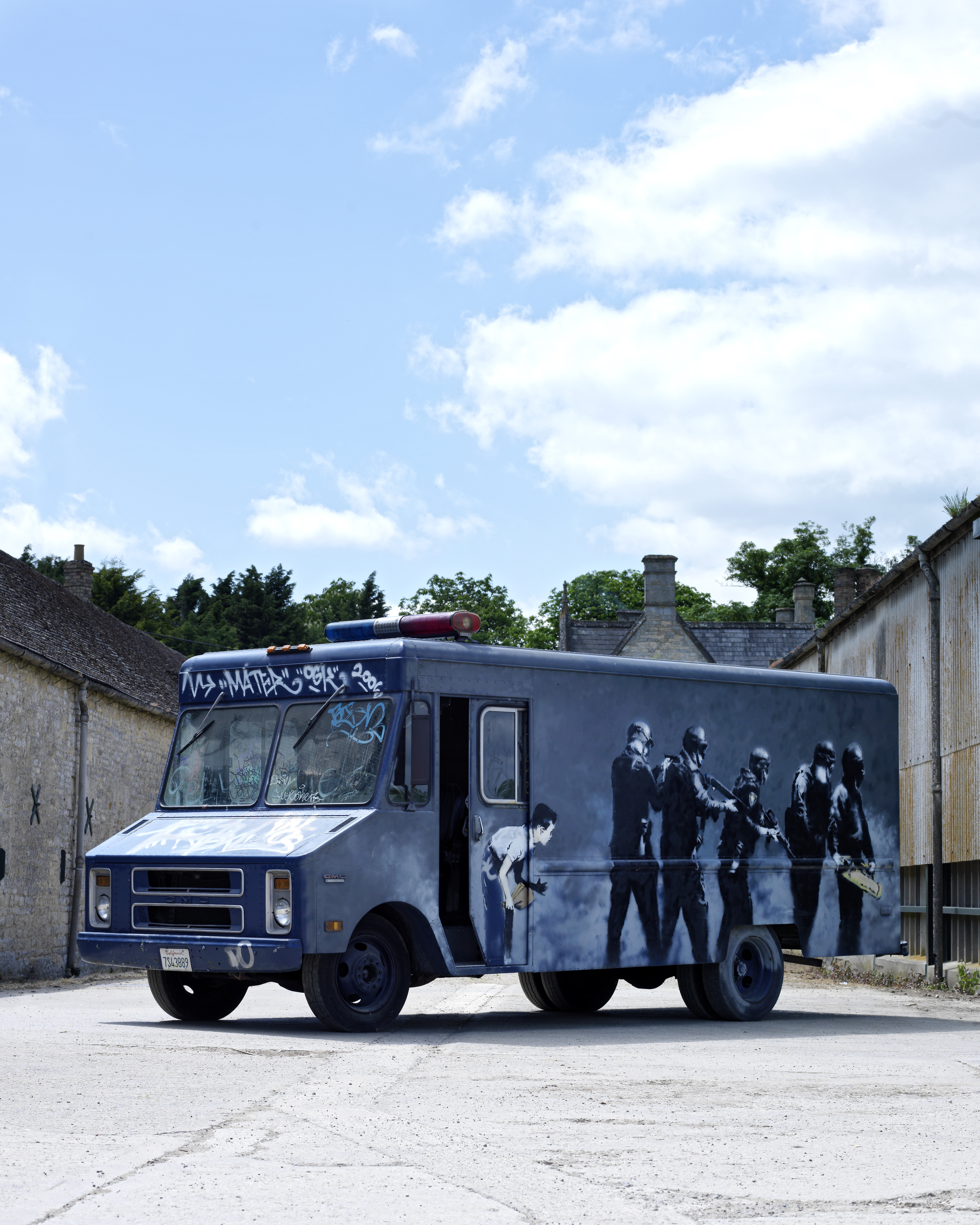 Banksy’s SWAT van (est £200,000-300,000) has remained shrouded in mystery since September 2006, and has since been verified by the Pest Control Office, Banksy’s authorisation service. It was shown for the first – and only time – in an industrial warehouse in downtown Los Angeles, when the anonymous figure from Bristol, England, made his American debut with a solo exhibition. The true centrepiece was the SWAT van, spray painted in Banksy’s irreverent, insouciant style, combining vicious black humour with his anti-establishment message.

The painting depicts heavily armed Special Forces agents being hoodwinked by a small boy. Banksy, who has tussled with the police throughout his career, once said “My main problem with cops is that they do what they’re told,” he said. “They say ‘Sorry mate, I’m just doing my job’ all the f***king time.” Banksy’s characteristic stencilling technique, artfully employed on the SWAT van, was inspired by an incident: while the artist was hiding from the police under a rubbish lorry, he noticed the stencilled serial number. Stencilling has since allowed him to carry out complicated graffiti pieces extremely quickly, before he melts away into the night. 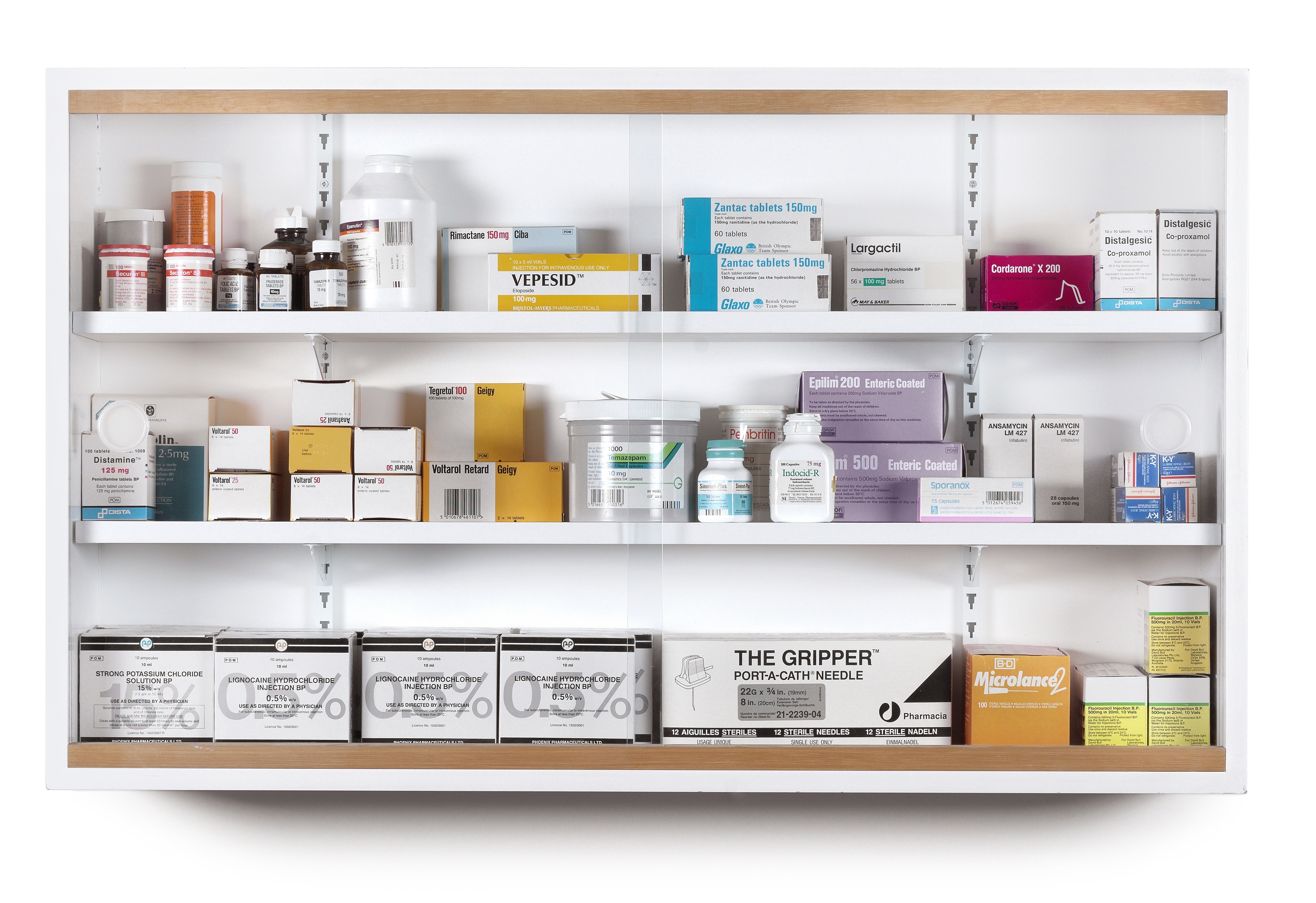 Estimated at £180,000 – 250,000, Damian Hirst’s Untitled aaaaaa is one of a small core of works that mark the epicentre of the shock that triggered the YBA wave in the early 1990s. This signature medicine cabinet from the most innovative period of Hirst’s career appears on the market for the first time, almost a quarter of a century after it was first created. Hirst has always been totally preoccupied with the idea of medicine, drawing parallels between the pharmaceutical industry and the art world.

He said “I cannot understand why some people believe completely in medicine but not in art, without questioning either. I was with my mum in the chemist’s; she was getting a prescription. And it was like, complete trust on the sculpture and organising shapes.” In the late nineties, Hirst opened a concept restaurant in Notting Hill called Pharmacy, frequented by celebrities such as Kate Moss. It was ill-fated and collapsed in 2001. But in early 2016 Hirst opened a second restaurant, Pharmacy2, at his Newport Street Gallery. Following this renaissance of the red pill, Untitiled aaaaaa, now a classic, is expected to flourish at the Bonhams auction. 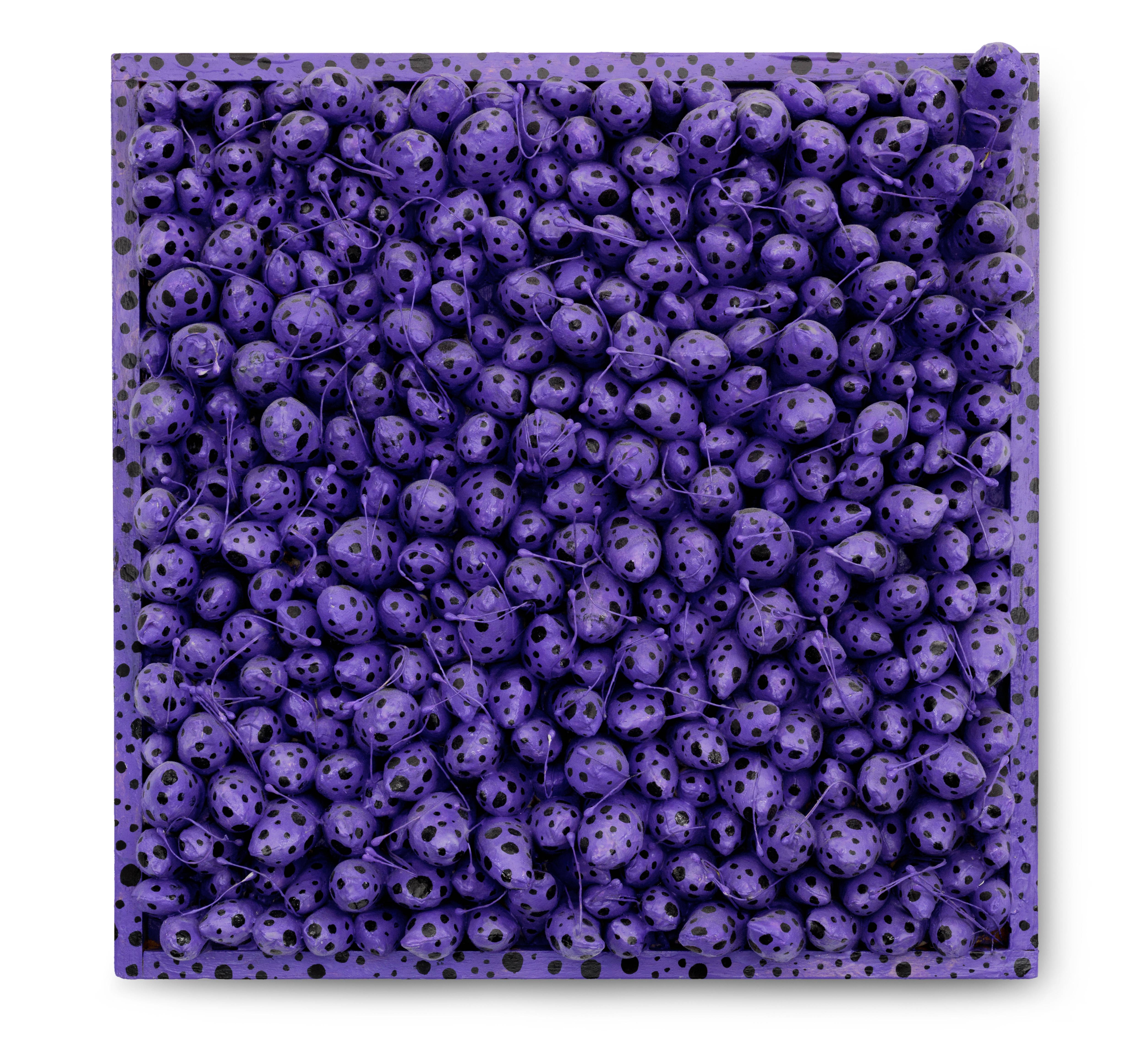 Other sale highlight include Stamens Sorrow by Japanese artist Yayoi Kusama (£65,000-85,000), a refreshingly chaotic blast of colour and movement from 1986 which, despite hints of melancholy in its title, encapsulates boundless energy and intensity. Kusama has been making waves in London this year with a strange and spectacular exhibition of her work currently being held at the Victoria Miro gallery. A slice of quintessential Kusama, Stamens sorrow displays many of the wild and wonderful motifs for which the celebrated artist is best-known.

Zao Wou-Ki’s 1949 work, Untitled (£80,000-120,000) offers an important glimpse of the artist’s emerging style in its earliest form, as the contrasting influences of Chinese tradition and European avant-garde collided with dramatic results. It is a particularly rare work and has been in the same family collection since 1976. Born in Beijing, China in 1921, into a wealthy family, Zao Wou-Ki studied at the prestigious Chinese Academy of Art in Hangzhou from 1935-1941, later becoming a teacher at the same institution. A growing awareness of avant-garde artistic developments in Europe led Zao to Paris In 1948.  By chance, he moved into a hotel next door to Alberto Giacometti and found himself fraternising with a vast array of artists. His own work developed in exciting directions, influenced by the challenging and provocative styles of his new circle.

Bonhams Director of Contemporary Art, Ralph Taylor, said, “Post-war and Contemporary art knows no national boundaries.  The artists and sculptors in most demand today come from all over the world as, of course, do the discerning people who collect their work. This specially curated sale is a perfect reflection of the international nature of art in our time.”