A rare Chinese vase that was discovered in a Birmingham home and used as a door stop for many years, has sold at auction today for a record breaking £650,000 in Hansons Summer Fine Art auction. 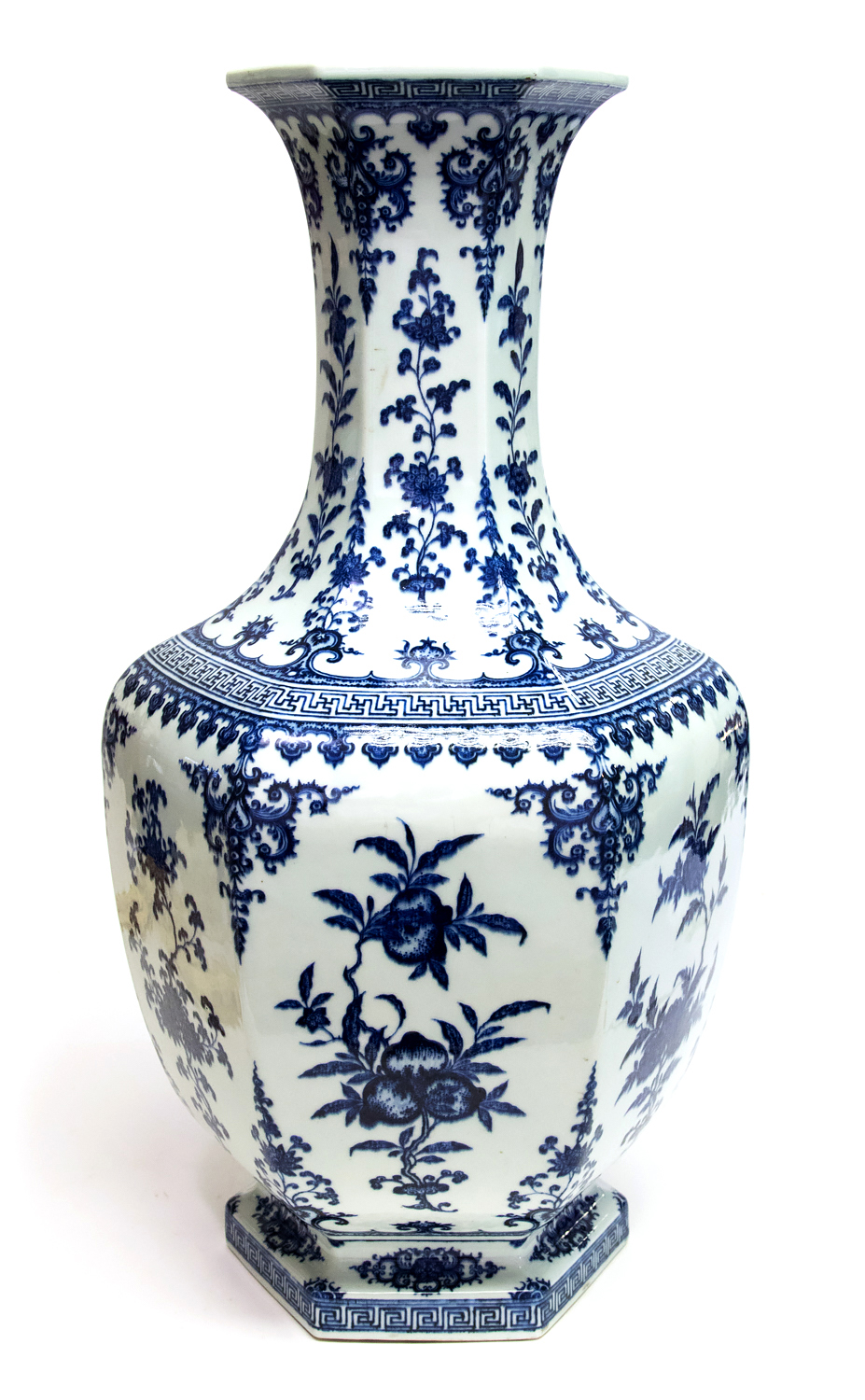 Charles Hanson, Manager of Hansons Auctioneers and Auctioneer of the vase commented, “To handle such as an Eastern treasure was a memory and to have something so important in Chinese history was quite unique for an Auctioneer in England and for that, we feel very proud and the price achieved was quite marvelous!” 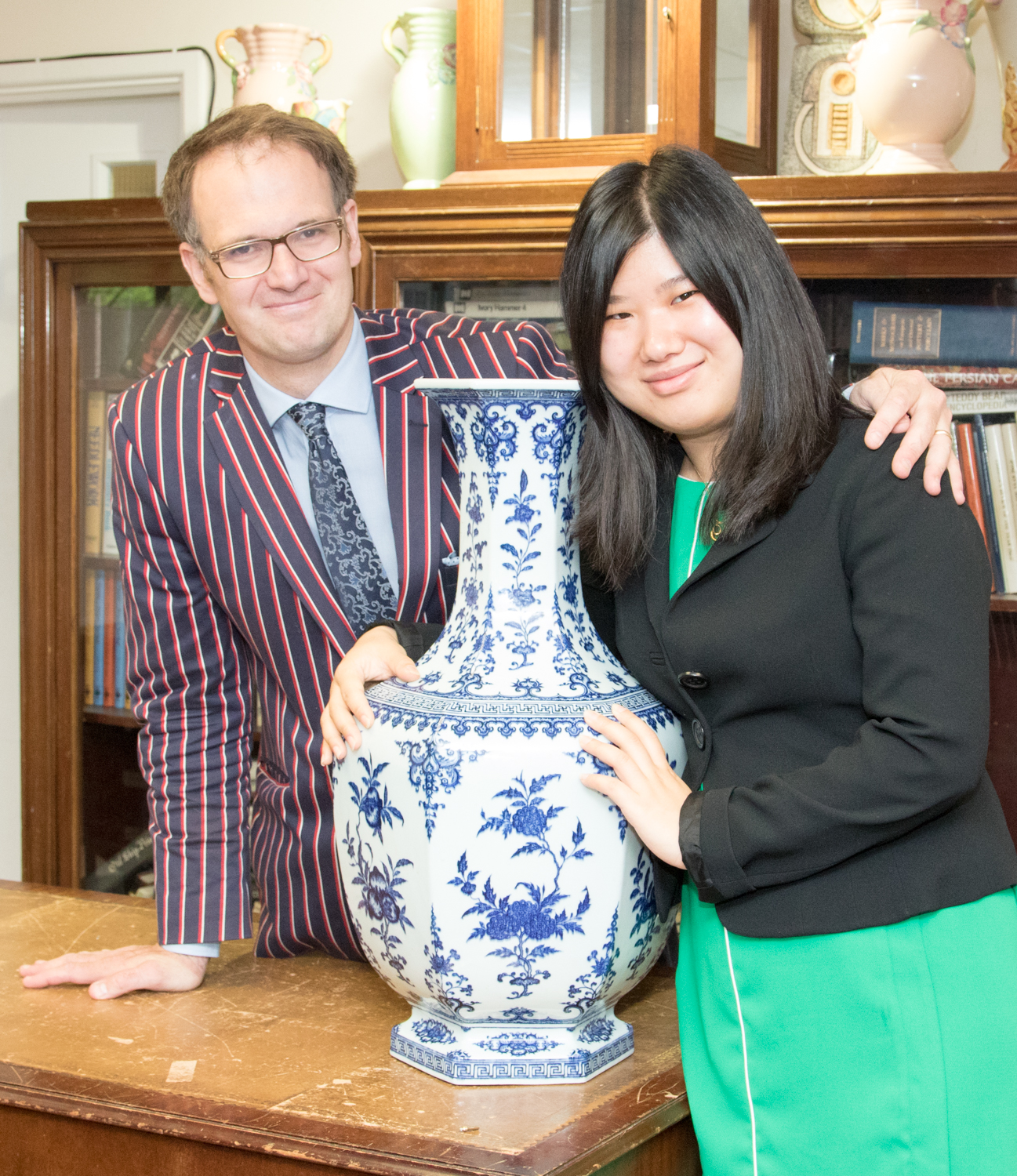 He continued, “It is a quite spell binding vase. Made in China during the reign of Emperor Qianlong (1735-99), the vase was just possibly manufactured by the Imperial kilns for the Emperor’s Summer Palace. Of hexagonal outline it is brilliantly painted in tones of cobalt blue. With boughs of pomegranate and peach alternating with flowering branches, it is a work of art, painted with the Qianlong mark to the base.”

With important Chinese porcelain once removed from China during the 19th century and  being bought back by Chinese billionaires today, the pedigree and provenance of pieces is important in today’s market where later copies can easily deceive the more cautious collector. Charles said, “The provenance of this vase is good. Our client inherited the vase from a Great Aunt who had acquired it during her life in Cornwall in the 1920s.” 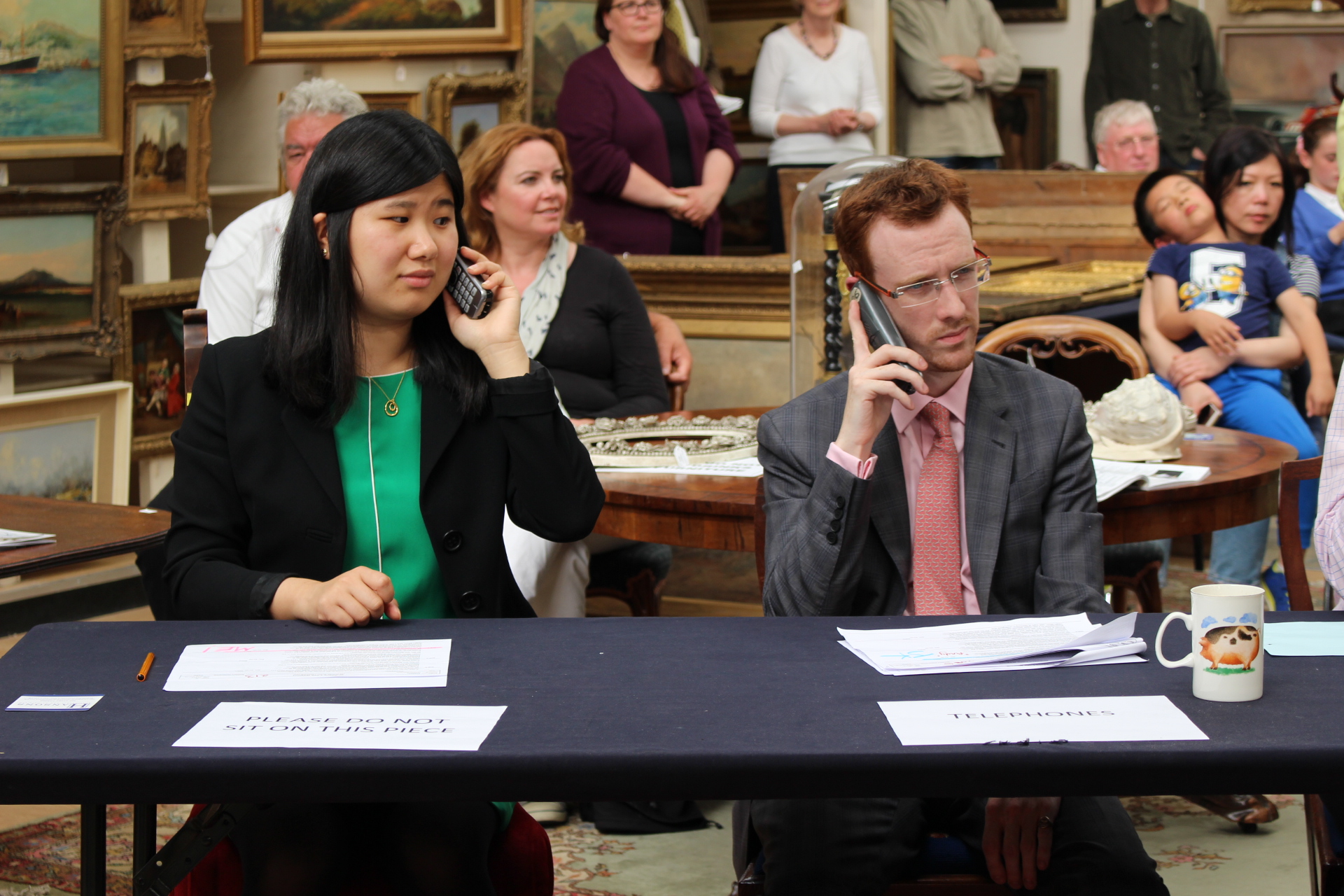 A similar vase can be found in the Nanjing Museum in China  ‎and important other museum and  private collections. The vase’s pattern incorporates clear design influences from the European baroque, and elegantly combines the traditional ‘heaped and piled’ effect of much earlier Ming blue and ‎whites.

Head of Chinese PR, Jiao Jiao Wang remarks, “It was exciting to take the winning phone bid and I feel greatly honoured to have worked on promoting this prestigious work of art.  Thank you to the Hansons team for this invaluable experience.”