An incredible collection of more than 40 guitars and amps from the collection of the late Irish rocker, Gary Moore, have sold 100% at Bonhams Entertainment Memorabilia Sale, achieving a collective £143,235 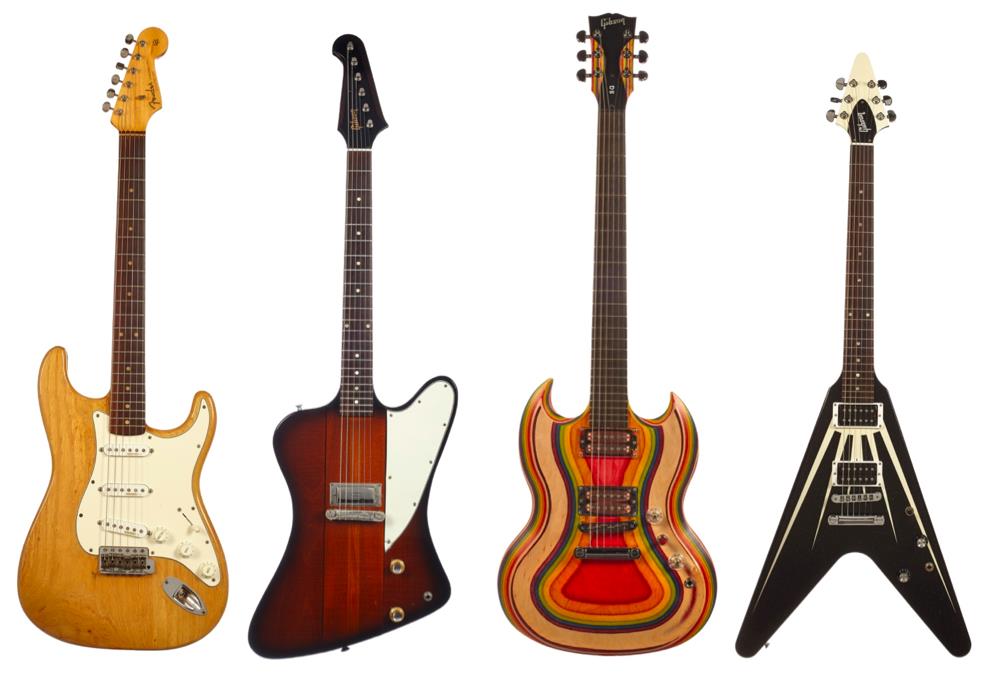 The Belfast-born star is famed for gracing the lineup of the great British rock band Thin Lizzy, as well as Collosseum II, and (the original) Skid Row.

A popular artist, Moore’s talents extended across a breadth of musical styles, from mainstream hard rock for which he was most famous, to blues and jazz-rock, genres in which he produced several albums.

On hearing of Moore’s death in 2011, Bob Geldof commented that he was “without question one of the great Irish bluesmen. His playing was exceptional and beautiful. We won’t see his like again.” Moore was found dead in February 2011 in his room at a hotel in Estepona, Marbella.

Katherine Schofield, Bonhams Head of Entertainment Memorabilia, said, “At this year’s sale we’ve offered some truly personal lots of entertainment memorabilia, from the private guitar collection of ‘Thin Lizzy’ guitarist, Gary Moore, to the heartfelt letters of Audrey Hepburn, and of course, the studio songwriting notebook of Freddie Mercury. Each item offers fans that personal link to their favourite icon. We’re delighted the sale has done so well.”