A silver-gilt tea set caused quite a stir at Sworders recently because of its similarity to another belonging to William Beckford, arguably the most celebrated English collector of the late 18th and early 19th centuries. 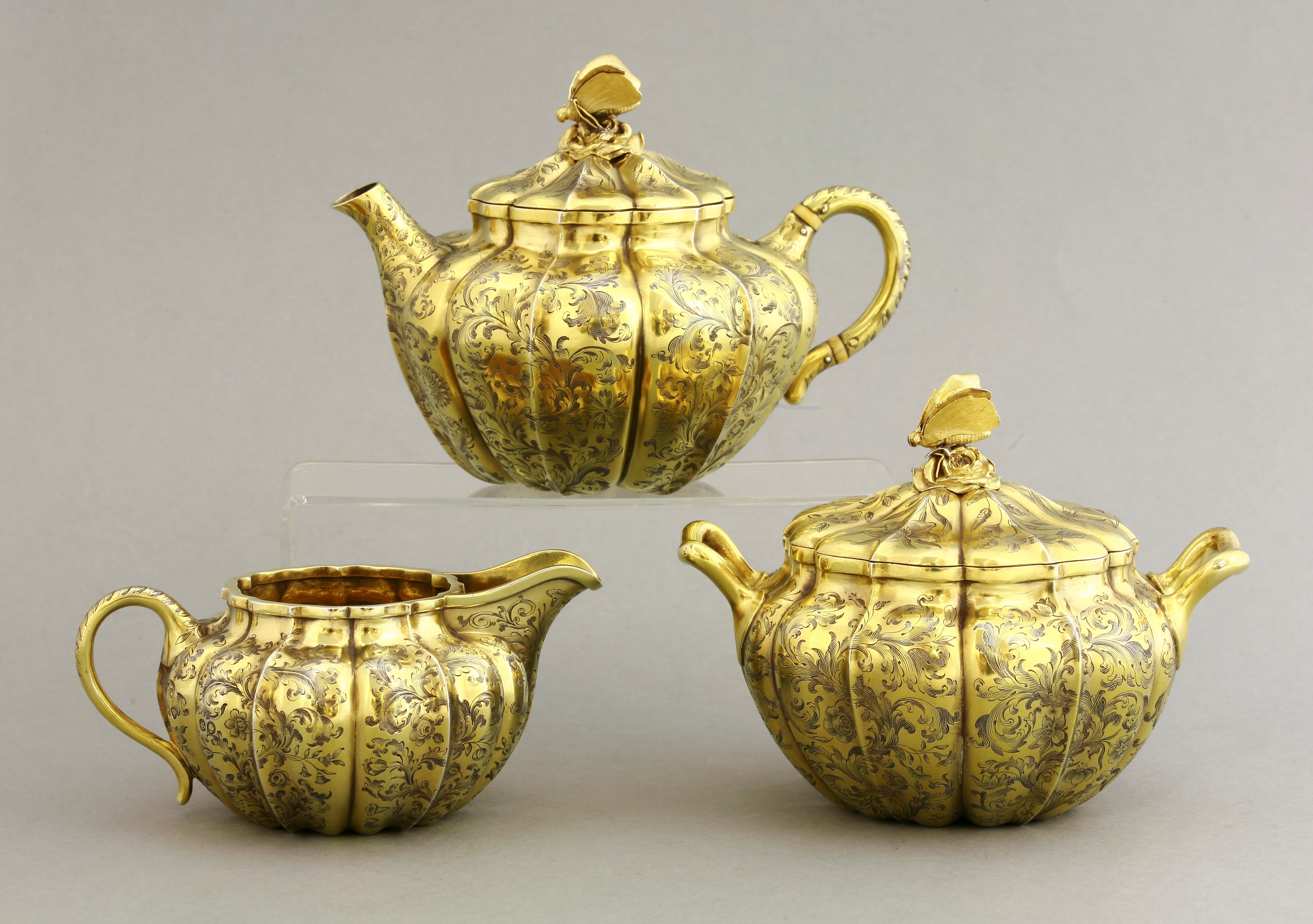 The Stansted Mountfitchet auctioneers offered it for sale at their Silver and Jewellery sale on July 5th.

Dating to 1821, the teapot and two-handled sugar bowl and cover are by Philip Rundell, founder of Rundell, Bridge and Rundell, Principal Royal Goldsmiths and Jewellers for 40 years from 1804. The cream jug is by John Tapley of London and dates to 1837. 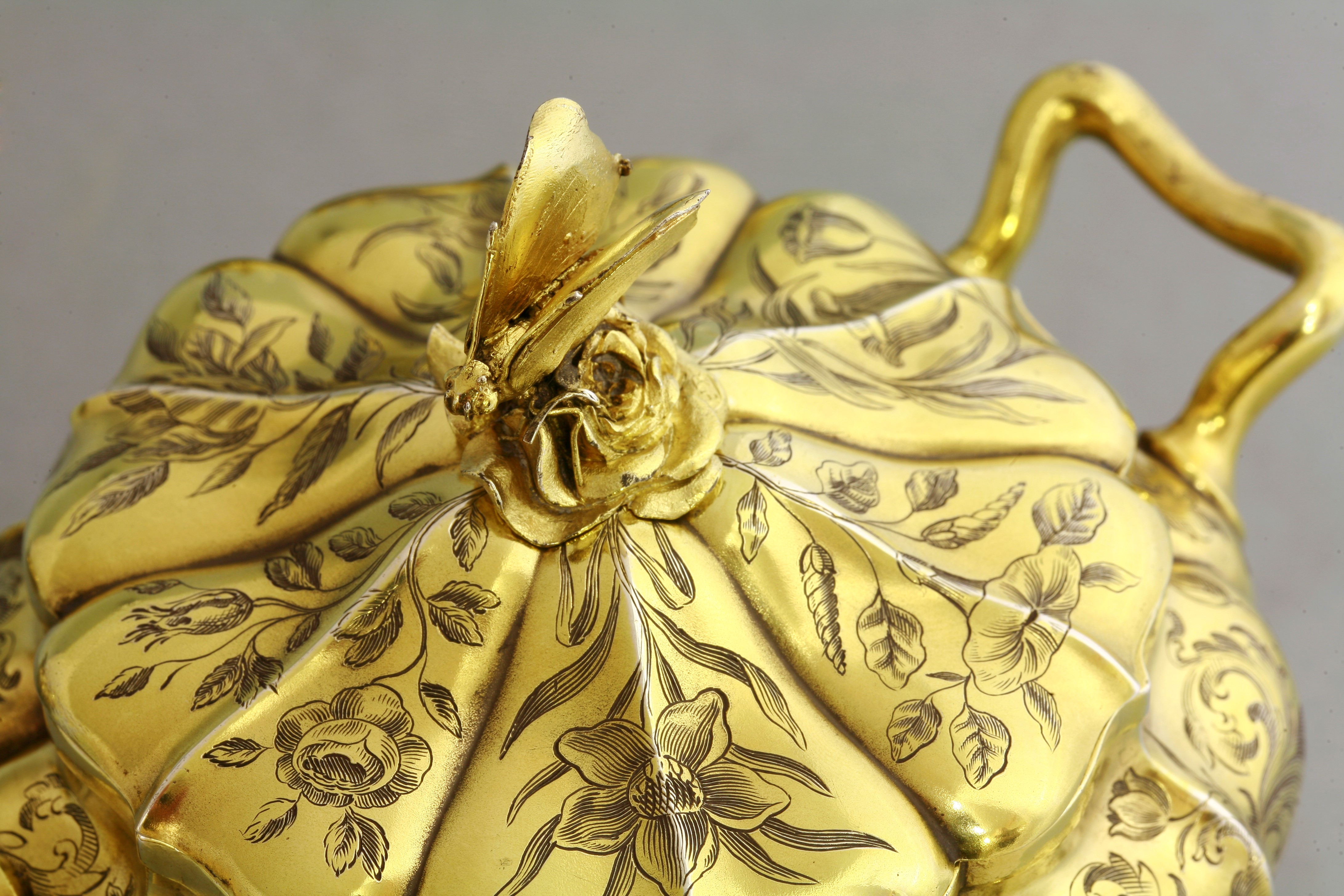 Inspired by the form of Yixing red stoneware teapots, this tea set is similar in design to an unengraved tea set that belonged to William Beckford that is now in the National Museums of Scotland. The museum’s simple four-piece service was made by John Page in 1817 apart from the slop bowl made by John Baddeley.

Former chairman of the Silver Society Christopher Hartop, a specialist advising museums and collectors, believes this silver design may have also originated with Page whose shop was just around the corner from Rundell, Bridge & Rundell, and that he may have supplied their workshops.

John S Tapley entered his first mark on 7th December 1833. Trading with his sons as John Tapley & Company, he supplied silver to Rundell, Bridge & Co and from 1835 had workshops adjacent to them in Ludgate Hill. Tapley made the impressive silver-gilt model of Eton College Chapel for Rundell, Bridge and Co in 1834, presented by William IV to the school.

There is another engraved tea set made by Philip Rundell in 1821, now in the Royal Ontario Museum. This extensive service was a gift from George IV to his mistress, Elizabeth, Marchioness of Conyngham and includes a kettle and stand by John Bridge, 1826. 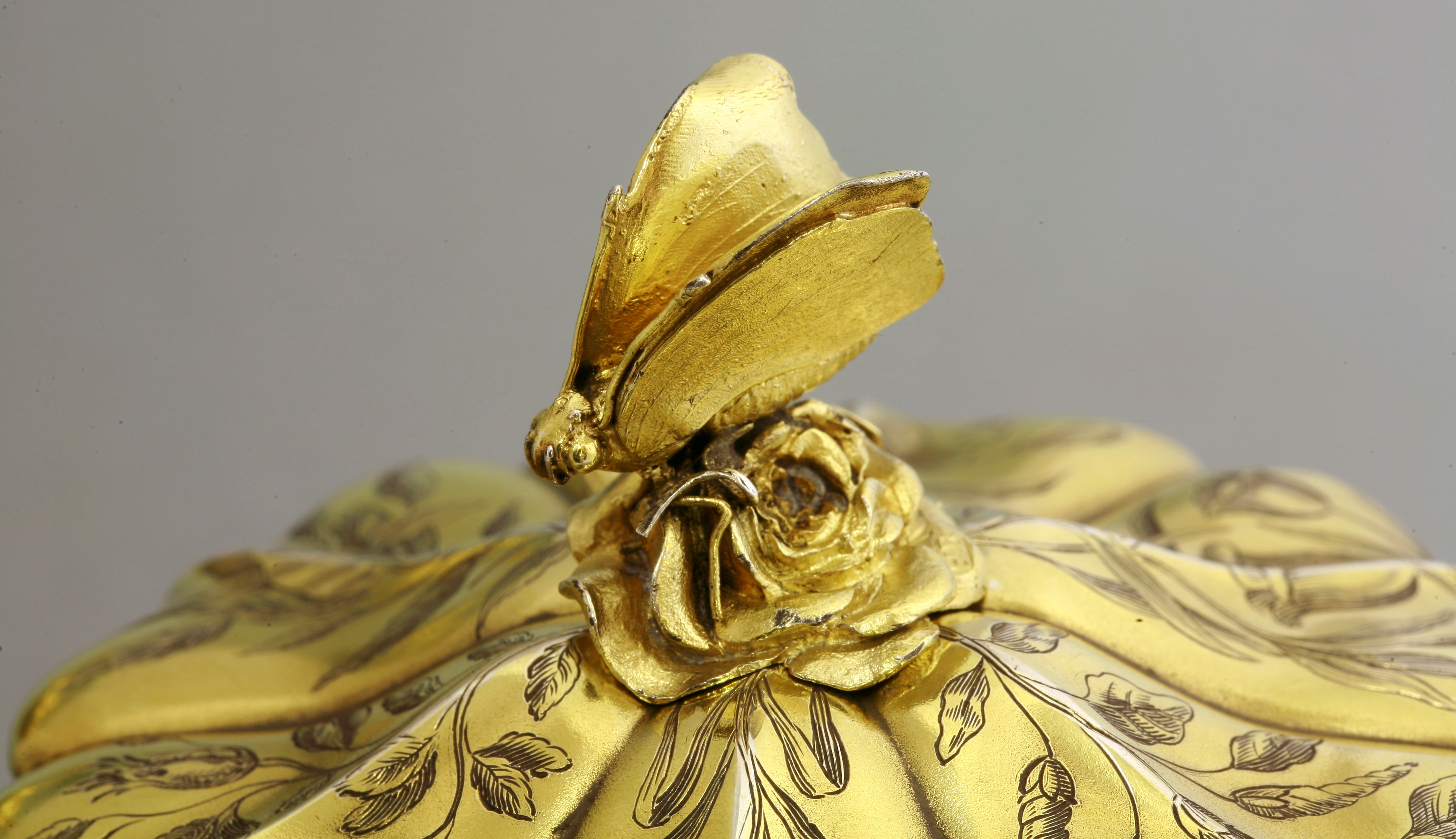 Given the small size of these tea sets (the teapot is just 4in/10cm high), it appears that they were designed for drinking alone or with a companion. Beckford took most of his collection of exotic tea wares with him to Bath. In 1838 when Henry Venn Lansdown was visiting Lansdown Crescent he noted seeing in the lower anteroom “two cabinets, containing curious china, and small golden vessels…I counted in one cabinet ten vessels of gold, in the other five: these were small teapots, caddies, cups, saucers, plates.  I am told they are occasionally used at tea-time”.

The teapot appears to have no maker’s mark, and the exact history of the set is unknown, but the melon shape design with the cover finials modelled as butterflies seated upon flowers, and finely engraved with trailing foliage including tulips, roses and carnations etc, provides a tantalising echo of the Beckford set.