An important football medal looks set to shine when it goes under the hammer in Glasgow next month.

The medal from Celtic Football Club’s first ever cup win in the Club’s inaugural 1888/89 season will be the star attraction in McTear’s Works of Art Auction on 12th August, with its estimate of between £10,000 and £20,000.

Celtic legend James McLaughlin (1864-1946), who played a key role in the club’s 6-1 win against Cowlairs in the Glasgow North-Eastern Cup on 11th May 1889, later passed the medal to his grandson, Bill McLaughlin. 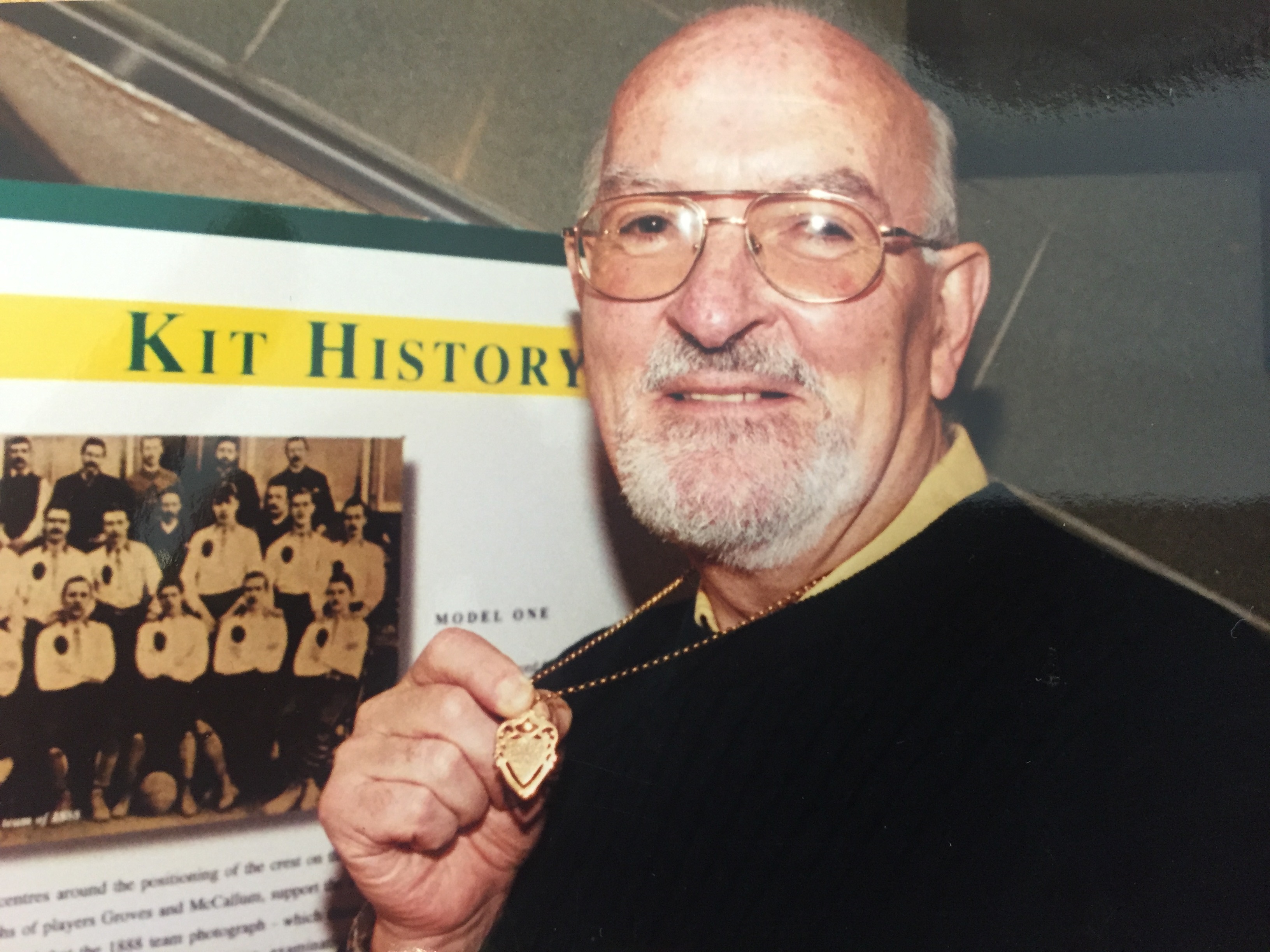 Now 83 years old, the lifelong Celtic fan believes it is time for another football fan to become custodian of the historical piece.

Bill said, “I was very close to my grandpa. He was a fantastic player and would tell me marvellous stories about his time at Celtic and his career as a top referee afterwards. It was because of him that I became a Celtic supporter. 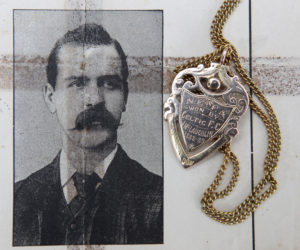 “One day he called me into his room where I found him and his eldest daughter Cis. He showed me the medal and said, ‘This is for you but, until you are old enough to look after it, I am asking Cissie to take care of it for you’. She duly passed it on to me and from then on I wore it round my neck on a gold chain.”

He continued, “My two sons and my daughter, who are all rugby people but with a continuing interest in and love of Celtic, were all present at the re-dedication of my Grandpa’s grave by the Celtic Graves Society. They love the stories behind the medal but when we talked about what should happen to it in the future we all felt that it would be entirely appropriate for it to be passed to a football fan who would treasure it.”

James McLaughlin played for Celtic for two seasons as a full back and then goalkeeper, and made his debut in the first ever Old Firm game against Rangers on 28th May 1888, which Celtic won 5-2.  There was no Scottish league in those early days so McLaughlin and his team mates only played in Cup and Challenge matches. 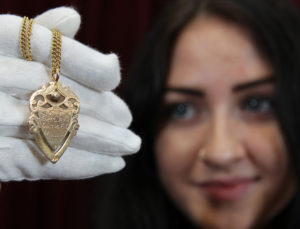 The young McLaughlin made a huge impact on the team and was later made an offer by Arsenal – which he turned down. James loved his time at Celtic and when asked about his teammates was quoted as saying: “They are a grand bunch of fellows to know.”

In later years James would go on to play for Glasgow Hibs and then Battlefield.

Commenting on the medal, McTear’s Managing Director, Brian Clements, said, “Celtic have picked up dozens of trophies over the years but the first competition ever won by the club is something very special indeed. The team from that first winning season in 1888/89 have gone down in Celtic folklore and to have one of the medals come to auction from that important period in the Club’s history is quite exceptional.

“There was a huge amount of interest in the gold replica European Cup that McTear’s sold a few weeks ago and I have no doubt that this very special piece of sporting memorabilia will attract similar interest from football fans and collectors across the world.”