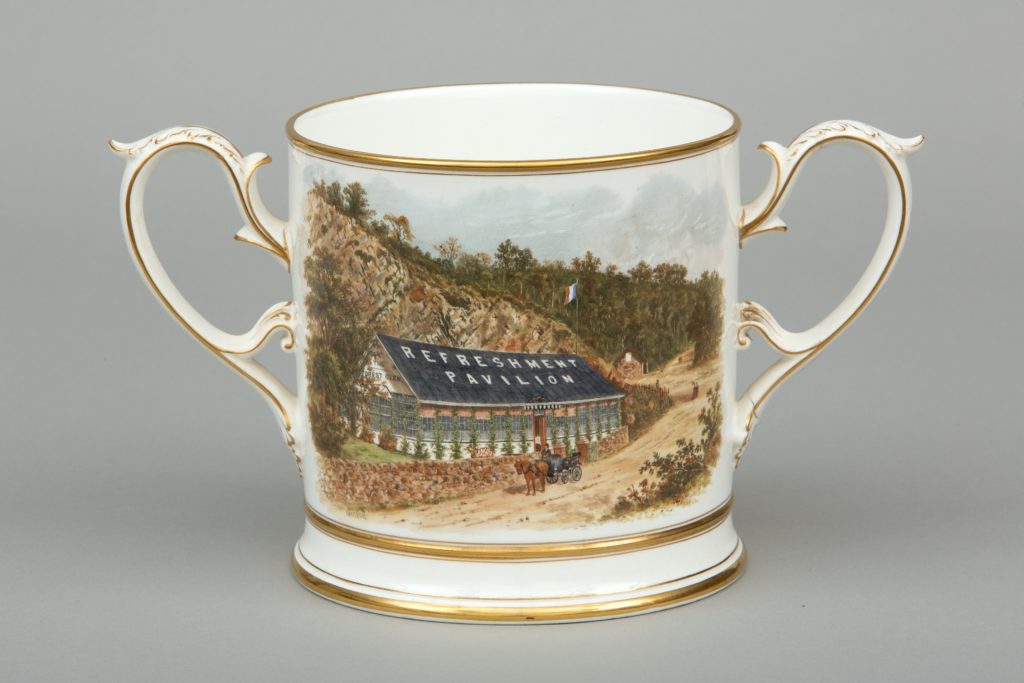 Ironbridge Gorge Museum Trust in Shropshire is launching a fundraising campaign to secure five pieces of Caughley and Coalport china from the celebrated Pilkington Collection, currently on loan to Coalport China Museum. The items have been housed at the museum for over 3o years and are now due to be sold at auction by the owner.

The museum is hoping to raise nearly £12000 to secure five pieces for its collection ahead of the auction.These items include two beautiful Caughley bowls decorated with images of the Iron Bridge, one of which, a square salad bowl, is extremely rare.  Caughley china was produced in Broseley from around 1775 to 1799 and the factory was renowned for making some of the finest soft-paste porcelain in England.

In addition, a Coalport ‘Loving Cup’, decorated with images of the Forest Glen and Buildwas Abbey along with two Coalport plaques exquisitely painted by John Randall, one of Shropshire’s most famous ceramic artists, are also on the Museum’s wish-list.  The Coalport China Company was one of the finest producers of porcelain in Britain during the 19th century. 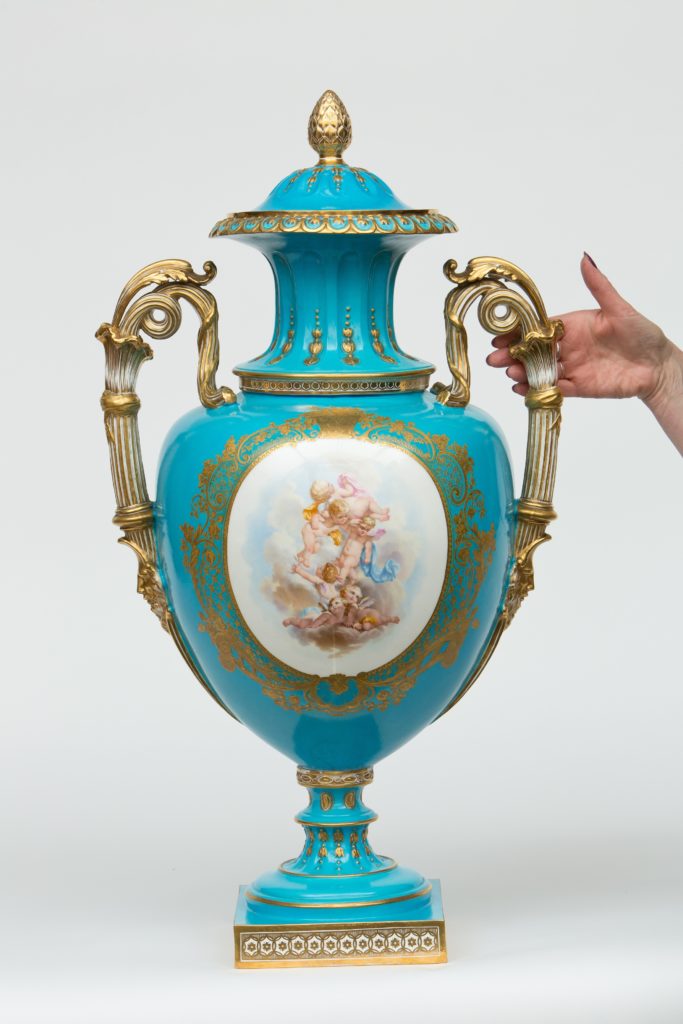 The Museum is also raising funds to buy the opulent Northumberland Vase, which will be the star of the auction in November.  Also made by the Coalport China Company, this porcelain vase is believed to be one of the largest pieces of Coalport China ever made and is adorned with elaborate handles, gilt scrolling and beautiful panels. It was painted by two of the best ceramic artists, not only at Coalport, but at any china works in Britain. Created as an exhibition piece to advertise the superior quality of the company’s ornamental china, it was showcased at the 1862 International Exhibition in London, where it won a bronze medal. The vase was subsequently purchased by Lord Percy, the Duke of Northumberland and housed at Alnwick Castle.  The Museum needs to raise £50,000 in the hopes of securing the vase at auction.

Donations are now being taken to help keep these pieces at the Ironbridge Gorge Museum – visit www.justgiving.com/fundraising/pilkington to contribute today.