Eight paintings by Napoleonic prisoner of war Ambroise Louis Garneray, part of the contents of Cunningham House in Send, sold for more than £60,000 at Ewbank’s recent sale in Surrey. 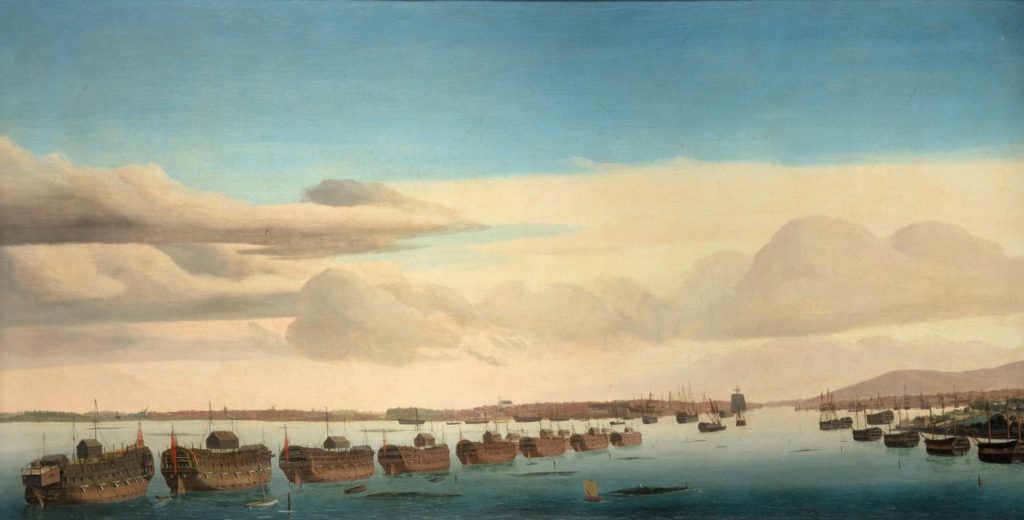 The house was formally the property of Clive Lloyd, one of the world’s foremost experts on the art created by Napoleonic Prisoners of War, including Garneray who was a French corsair, painter and writer, who served under Robert Surcouf and Jean-Marie Duterte, and was held prisoner by the British for eight years

Chris Ewbank, senior partner at Ewbank’s, said: “We were delighted by the interest in this one-off sale. It’s unusual to be able to see lots for sale in-situ in a house as was the case with Cunningham House. Clive Lloyd was a remarkable man and we were thrilled to be able to oversee the auction of some of his most intriguing possessions, including the Garnerays. There were estimate-busting sales in the room, as well as online, from buyers in the UK and all over the world.”

The collection of Garneray paintings sold for a total of £62,230 including the buyers’ premium. The most valuable was an oil-on-canvas (51cm by 102cm) panorama of Portsmouth Harbour, with prison hulks in line ahead and warships at anchor, including warships of the American and Spanish navies. It sold for £9,000, against an original estimate of £3,000 to 5,000.

Relatively few Garneray paintings are known to exist and this is believed to be the largest single collection in the world of his Napoleonic Prisoner of War themed paintings.

Alongside the Garneray paintings, was another oil which had a high final hammer price in the sale. This one a signed oil-on-canvas by A. M. Cortez of cattle grazing by a riverside, sold for £9,500, well above the pre-sale estimate.

Many furniture lots were available for sale, including a Regency rosewood breakfront bookcase with carved decoration and brass galleried top, which sold for a top-end of the estimate, £2,400. A pair of 19th century simulated rosewood, beech-framed armchairs sold for £1,300.

An intriguing Polyphon automatic musical instrument, in walnut-veneered glass-fronted case with discs and open disc compartment below, sold for £1,600, against a conservative estimate of between £500 and £800. 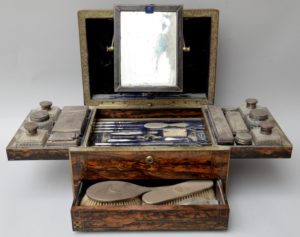