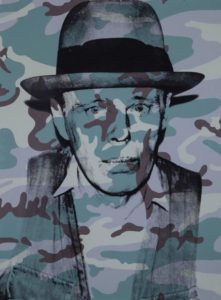 Of particular note is Andy Warhol’s Joseph Beuys in Memoriam (F.&S.371), expected to reach £10,000 – £15,000. Warhol created the print as a tribute to the artist Joseph Beuys, who was considered one of the most influential post-war art figures of the 1960s. While they were never said to be close friends, Warhol and Beuys greatly admired each other. Though their styles varied, the two artists are often associated with one another; particularly as they both worked with the Japanese artist Kaii Higashiyama, on the “Global-Art-Fusion” project in 1985. 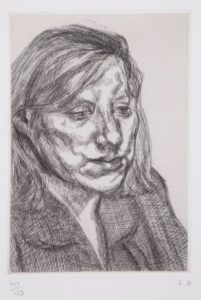 An etching by Lucian Freud, of one of his daughters, will also be on offer in the sale. Although best known as a painter, etching became an integral part of Freud’s practice. This piece from 1986, Head of IB (H.35), signed with his initials in pencil, is estimated at £5,000-£7,000. 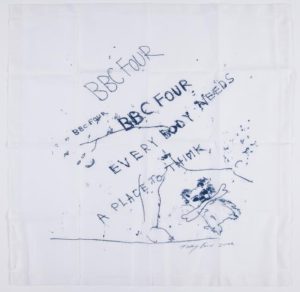 Further auction highlights include the works which were commissioned from the YBAs in 2002 for the launch of BBC 4, by artists such as Damien Hirst, Tracey Emin, Sarah Lucas and Gavin Turk. Emin’s teapot and handkerchief, used as an invitation to the launch, will be on offer, with an estimate of £500 – £700, as well as her original drawn designs.

This auction is a rare opportunity for buyers to purchase artist books and prints by some of the art world’s most iconic figures: Pablo Picasso, Peter Doig, Banksy, Henri Matisse, Salvador Dalí, and many more.