The continued popularity of doyenne of 20th century British studio ceramics Dame Lucie Rie was in evidence once again as three of her pieces secured strong prices at John Nicholson‘s recent sale. 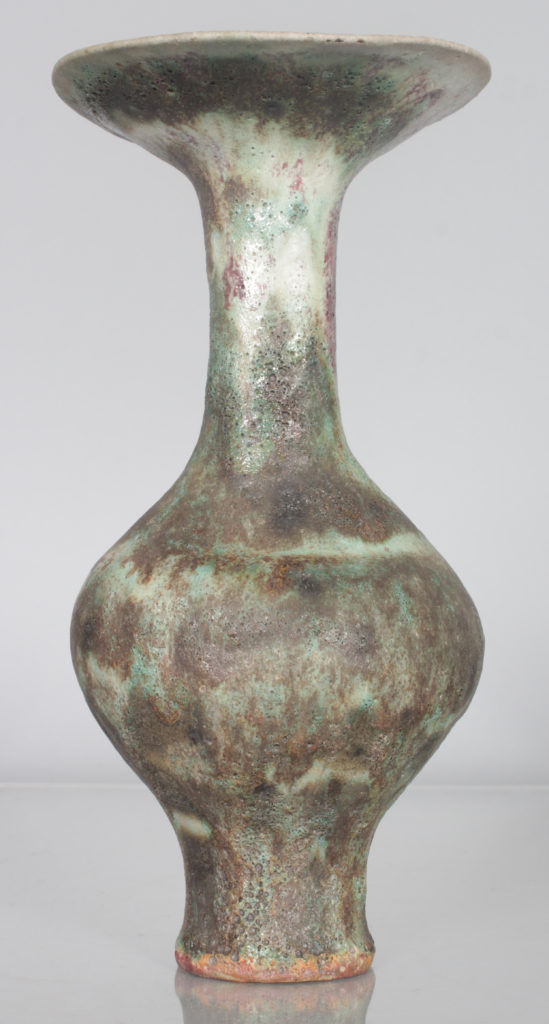 The auctioneer said that with 500 people registered to bid across three websites, plenty of phone bids and a good turnout in the saleroom, a wide range of other lots also fared well.

A circular pottery bowl from the Quentin Bell Pottery in Fulham (1910-96) had an estimate of just £50-100. As an example from the workshop set up by the nephew of Virginia Woolf, this one proved sought-after and sold for £1200.

While the market for clocks has been erratic recently, the sale saw them perform strongly with the pick of them, a mahogany-cased grandmother clock, doubling its top estimate to make £1600. Elsewhere, a George III mahogany serpentine commode left expectations of £800-1200 well behind when it captured a bid of £2600. 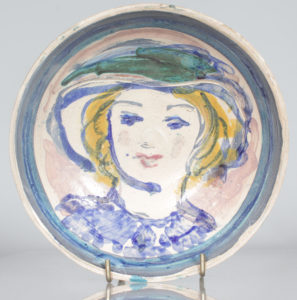 John Nicholson’s said that glass also had its highlights, including a pair of late Victorian ruby glass trumpet-shaped vases pitched at £100-150 that took £800 and an Apsley Pellatt Minerva cut-glass scent bottle with the same estimate that went for £380.

Two lots by the pre-eminent Victorian taxidermy company, Cooper & Sons showed the demand for cased fish continues. A large cased pike, measuring 33in long, went over mid estimate at £650, while a pair of Rudd almost trebled the top estimate when they sold at £1700.

“Overall, this was a good day,” said auctioneer John Nicholson. “There were a few surprises, including the strength of the clocks, which goes against current trends, but in the end the sheer number of bidders prepared to spend money made for lively proceedings and a strong set of results.”