The cultural heritage and political system of China will be under the spotlight at next week’s Cotswolds Antiques, Decorative & Art Fair. 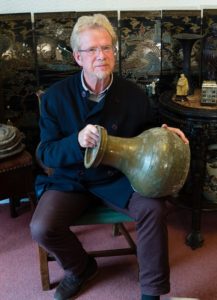 Author and antiques dealer Richard Kirkby will be promoting his latest book, a memoir entitled Intruder in Mao’s Realm – An Englishman’s Eyewitness Account of 1970s China, and exhibiting his collection of Chinese pieces which will be for sale.

Educated in Bristol, Richard has close connections to China dating back to his student days in the 1960s. He taught English at Nanjing University from 1974 to 1977, an experience enriched by spells of labour in rice paddies and a factory machine shop. After Mao’s death, he moved to Shandong University in Jinan city.

Since 1980, Kirkby has been a consultant on the Chinese economy, a director of a China firm, a writer of academic tracts, beginning with his 1985 book Urbanisation in China, and a broadcaster. Richard’s book deals with the disastrous consequences of the Cultural Revolution and the beginnings of modern China that followed.

Elsewhere, collectors of Chinese ceramics can see a range of desirable famille rose and Blue & White pieces on the stand of newcomer exhibitor Drove House Antiques. Mainly dating from the early 18th century, the collection includes Chinese ‘Export’ porcelain made for the European market and now synonymous with fine afternoon tea services and dinner services that graced many tables in the 1700s and 1800s. The porcelain was usually decorated to appeal to the European taste, sometimes shipped to the Netherlands where it painted before being sold in England. 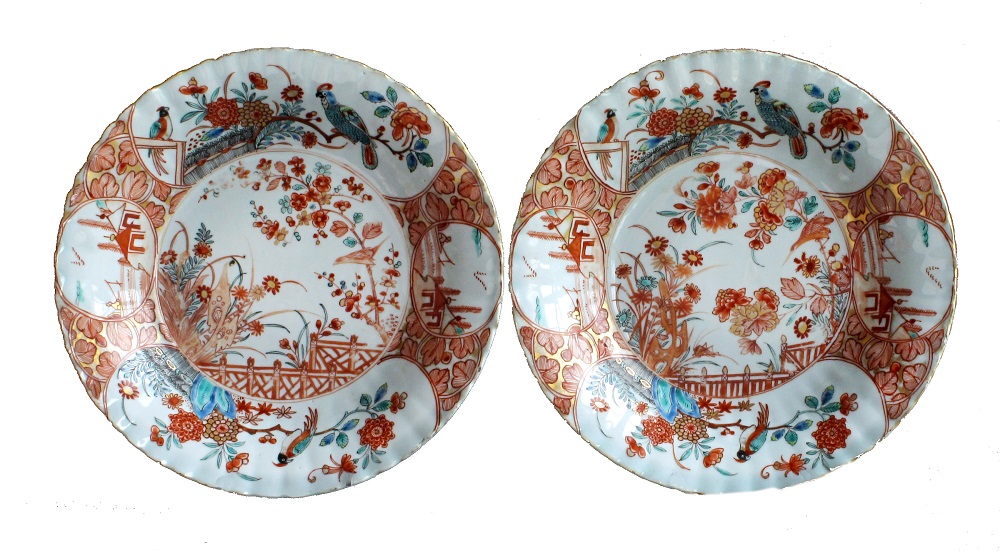 Among the most eye-catching will be a pair of Chinese export deep plates, from 1720-1730. Says Ian Rodgers of Drove House, “These plates were imported into Holland from China undecorated, and the decoration of parrots with other birds and flowers was added in Holland. This European decoration of Chinese porcelain was a cost-effective way to convert imported wares into the current decorative fashion in Europe, following the early Eighteenth century fashion for the Japanese Kakiemon style of decoration. These plates will be individually priced at £295 each.”

Ian also has a selection of Chinese Blue and White, including a plate decorated with a central scene of a man standing on a rocky promontory and with a border decorated with an unusual combination of underglaze blue and carved decoration, dating from the late Kangxi or Yongzheng period, circa 1720-30.  It is priced at £285.

Among the many regular exhibitors will be Jo Brayshaw with decorative lighting, glass, ceramics and furniture; Melody Antiques specialising in English and Welsh country furniture; Paul Burnett Antiques & Interiors with decorative accessories for the home; Brian Ashbee & Wesley Wotruba show 19th and 20th century furniture and objets d’art; and Scandinavian by Design specialise in Mid-Century Modern furniture and lighting.