Artist Gustav Klimt published only one monograph in his lifetime. Prepared and produced under the artist’s supervision between 1908 and 1918, Das Werk was a tour-de-force collaboration between Klimt and his close friend, the visionary Viennese publisher, Hugo Heller. 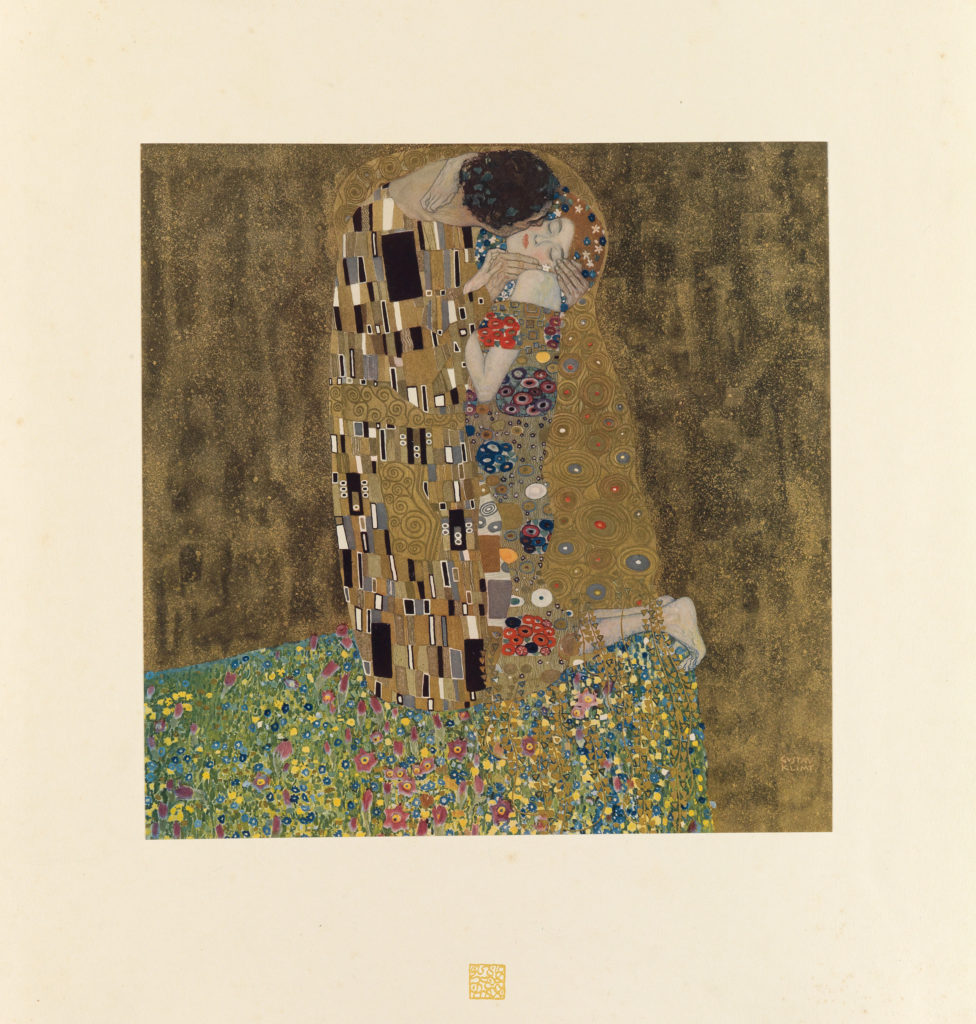 It included some of Klimt’s best-known and loved images among the fifty richly printed collotype plates, ten of them printed in colour and heightened in gold and silver, and all with specially designed unique intaglio signets printed in gold in lower margins.

Only 300 copies were ever made and now Swann Auction Galleries is offering one of them, hand-numbered 103, in its December 1 Art, Press & Illustrated Books auction in New York.

Many copies were lost or misplaced as a result of Heller’s bankruptcy, subsequent move, and Klimt’s death soon after the publication. The Emperor Franz Joseph was the first to buy a copy of the portfolio and, notably, Frank Lloyd Wright owned one as well.

Specialist Christine von der Linn says, “For those who do not happen to have several hundred thousand to millions of dollars floating around for an original Klimt drawing or oil painting, these gorgeously colored prints, which were done under his supervision, are still the ultimate way to own copies of his most famous works.” The estimate is $45,000 (£36,000) to $60,000 (£48,000).