If you’re planning a trip to next month’s Antiques for Everyone Winter Fair, taking place at the NEC Birmingham from 1st to 4th December, we’ve pulled together a selection of the highlights you can expect to see.

First Edition Disney
A first edition copy of the book Snow White and the Seven Dwarfs illustrating the movie and produced for its 1937 release. Signed by Walt Disney, it’s offered by Paul Foster Books. The book is one of the copies from RKO’s first International Sales Convention in Paris with European distributors (dubbed “The European Foreign Legion”). Disney, along with themovie’s animators ad creative personnel, signed a number of copies to be given as gifts. This is a rare example and priced at £28,500. 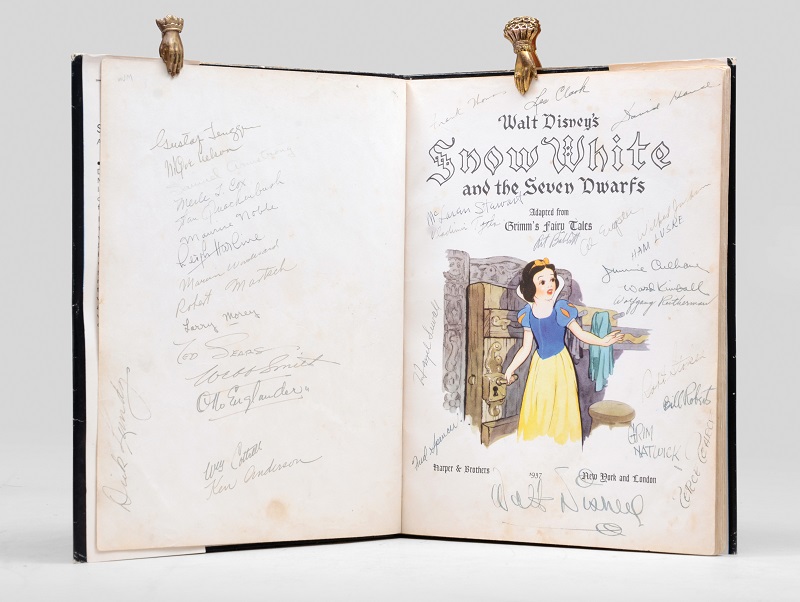 Hospital Teddy Seeks New Home
A very rare coloured fur teddy bear (known as the German Clown teddy) from German company Hermann Eckstein & Co, circa 1925. It was originally presented to Master John Kiernan, the youngest patient at the Warrington Infirmary in 1928, by Mayoress (Frank) Stringer. A newspaper cutting with a photograph showing the bear being presented is being sold with Teddy who is priced at £950 from dealers Erna Hiscock & John Shepherd. 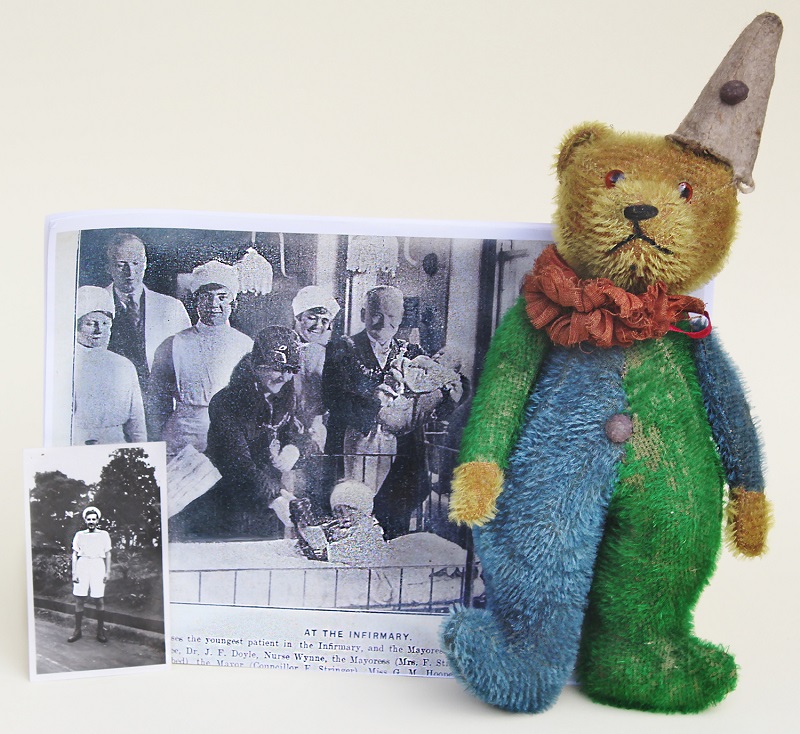 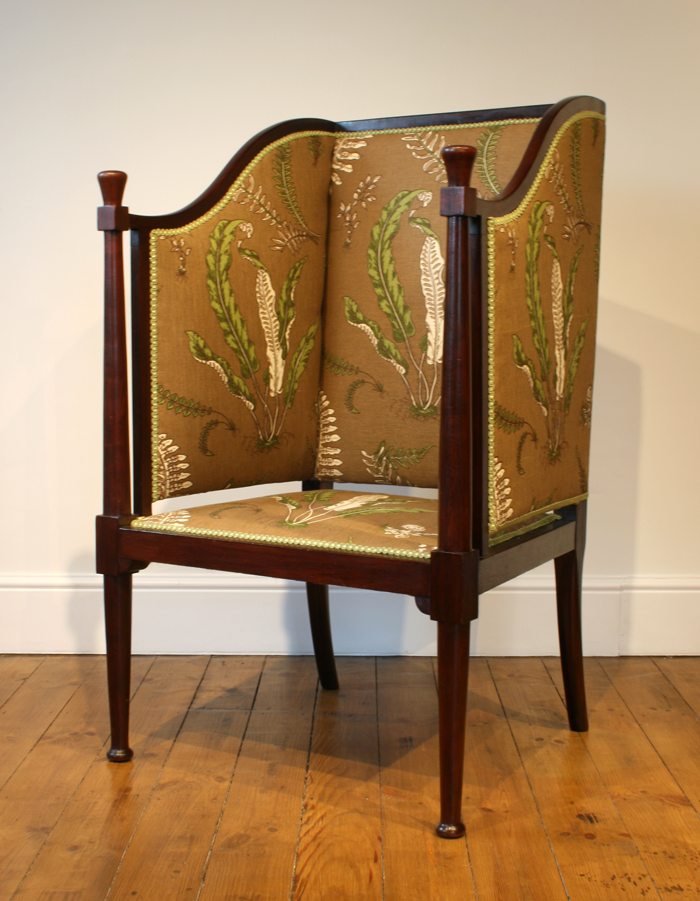 Art Nouveau also features on the stand of A.D.Antiques Signed & Designed with an impressive triple lustre Parian ware vase by William De Morgan decorated in the “Sunset ad Moonlit Suite” design. Dating from around 1900, it is priced at £7,900. A.D.Antiques also have a number of stunning contemporary pieces including works by Heidi Warr, Fenella Elms, Peter Beard and Ted Secombe.

Keep it Cooler
With traditional period furniture currently rising in demand, a wide range of pieces, including early 17th century oak, 18th and 19th century Georgian and Victorian town and country pieces, and early 20th century mahogany and walnut will be available. Specialists such as S.& S.Timms Antiques will display dining-room and drawing-room pieces, including an extremely rare sarcophagus shaped wine cooler made from burr elm and dating from the reign of William IV, circa 1835, priced at £8,800.

Art for everyone
Fine art includes all areas from 18th century portraits to contemporary illustrators, notably Blackbrook Gallery from Leicestershire who specialise in equestrian and agricultural subjects and will be showing a picture on an impressive Shorthorn Ox by the artist J.Pitman. Elsewhere, original print specialists, Black Ink from the Cotswolds, will show a set of ten Matisse lithographs from the famed “Cut Outs” suite. Each is signed in the stone and stamped Succession H. Matisse and is priced at £695.

Time keepers
Period clocks and barometers are represented by both Story Antique Clocks and Kembery Antique Clocks, including a variety of English and French examples. A highlight is a ‘winged’ lantern clock dating from 1680 by the maker William Cam of London. It is priced at £10,500. 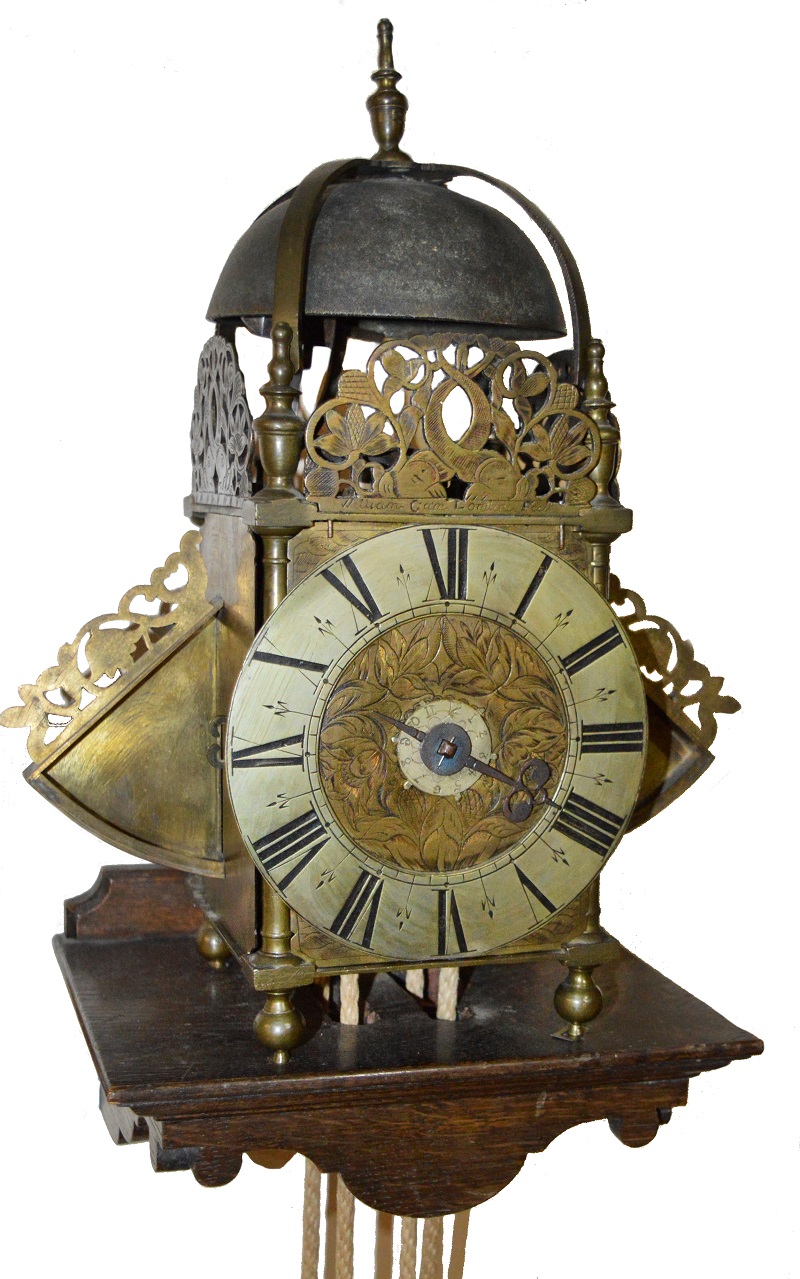 Sculpture is strongly represented across the fair. Regular exhibitors Hazlehurst Antiques promise a collection of European pieces to include a small bronze of a young fisher boy by the sculptor Adolphe Jean Lavergne, the 19th century artist, entitled “Jeune Pecheur” dating from circa 1890. ln its original condition, it is for sale for £950.

Seasonal sparkle
Cheshire jewellery specialists Plaza will show a Mickey Mouse brooch, depicting the cartoon star as the Sorcerer’s Apprentice from Fantasia. Set in 18ct gold and weighing 25.9gms, it has  diamonds, rubies, invisibly set sapphires with onyx and moonstone eyes. Made around 1980, it costs £8,500. 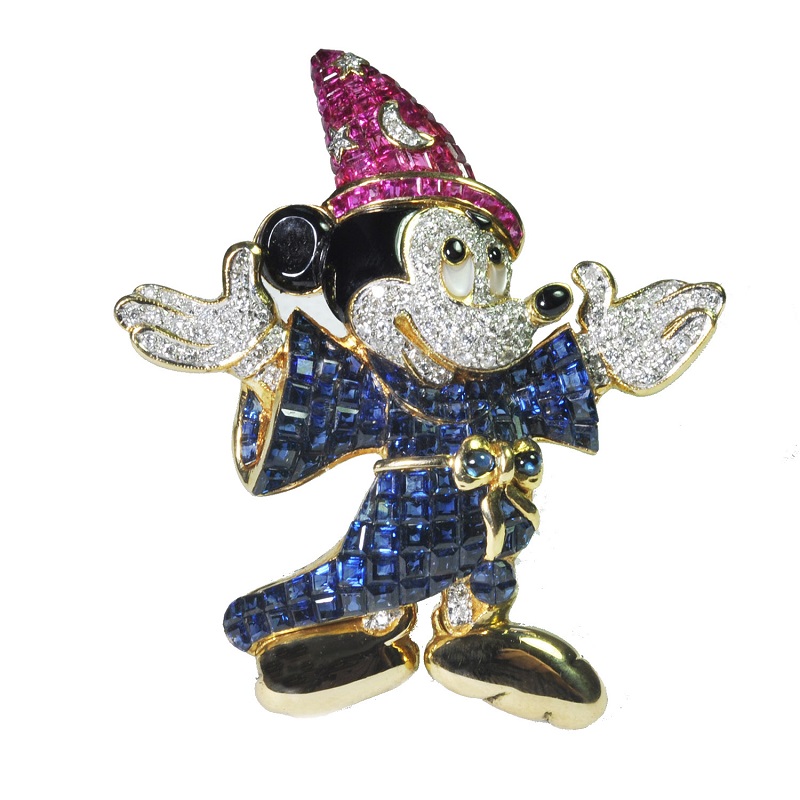 Trade Talks
Get the inside track from industry experts including BBC Antiques Roadshow experts Judith Miller and Will Farmer. Judith says, “Antiques for Everyone is my favourite antiques fair – it’s always busy and productive with thousands of interested people here to buy.”