Online bidding was fast and furious and there was not a single seat left in the saleroom as bidders competed for the 500 lots on offer. By the end of the sale at least 25 works had commanded four-figure hammer prices. 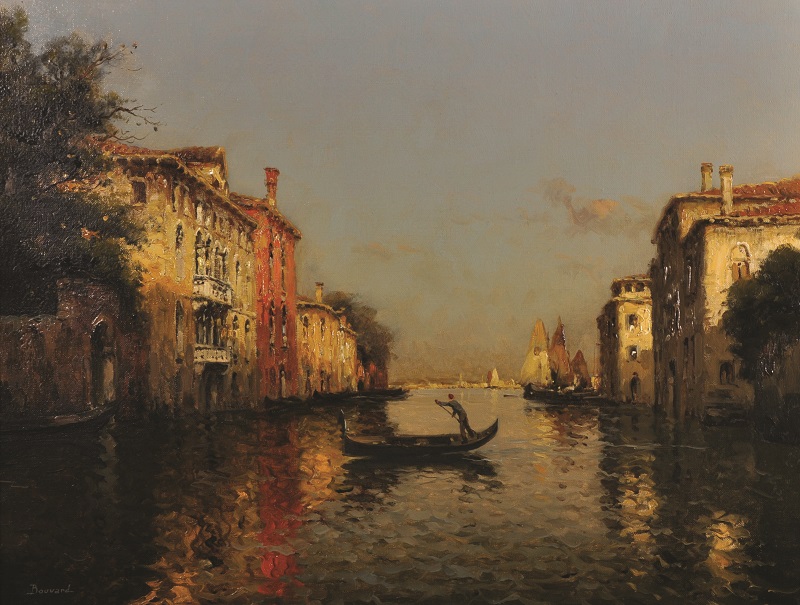 Not far behind on £5000 was Peaceful Evening, Malta, a signed and inscribed watercolour by Sir William Russell Flint (1880-1969). 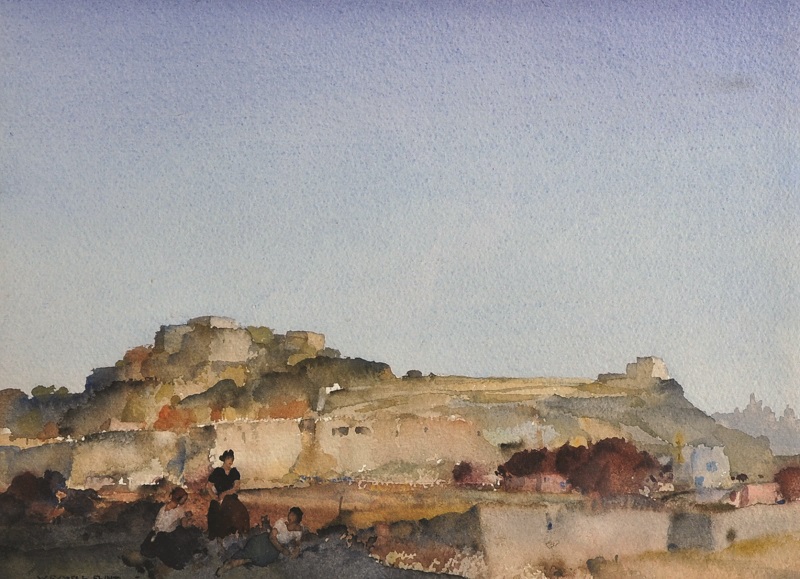 Of local interest was Old Bosham, a charming view of the harbour wharf – still largely unchanged today – with a fisherman repairing nets in the foreground surrounded by lobster pots. Painted by Percy Robert Craft (1856-1934), a member of the celebrated Newlyn School of art who drew inspiration from the Cornish coast and landscape in the late 19th century, it had an excellent provenance to the artist’s son. 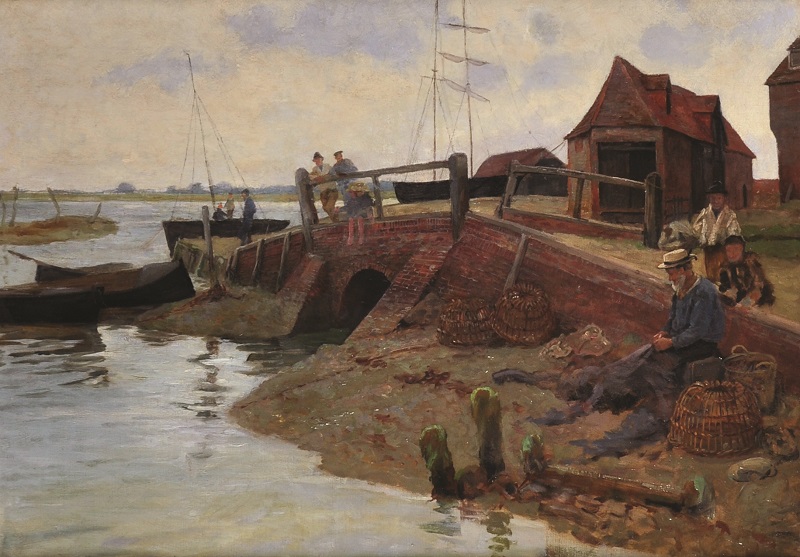 No 1 The Derelict, by the Nova Scotian artist Elizabeth Styring Nutt (1870-1946), was a coastal scene at sunset showing fishing smacks at port. A haunting scene, it went over estimate at £3200.


Pick of three Thamesside etchings by James Abbott McNeill Whistler (1834-1903) was The Adam and Eve, Old Chelsea from 1878, depicting the riverside inn, that went more than four times over top estimate at £1400.

Another view of the Thames, this time an atmospheric oil on canvas with a bridge to the foreground by the Belgian artist Hippolyte Daeye (1873-1952), went well at £3000, the same price paid for a striking landscape, Deer in Knole Park by Robert Hills (1769-1844), which dated to 1839 and carries a provenance to a Mrs Lavinia Garle, possibly the wife or daughter of John Garle FSA, the executor of the artist.

“Quite apart from the excellent run of prices all round for the pictures and the huge interest, we were delighted by the crowded room, buzzing online bidding and, in particular, the enormous demand for old picture frames,” said specialist Buffy Parker.

“I said about a recent sale that it was like the old times, and this felt exactly the same. There is clearly a market for old picture frames out there among our buyers, so if you have any you no longer have a use for, bring them in.”