While some old favourites will continue to be in style, prepare yourself for some startling new looks from the world of antiques as we unveil three top trends that will be in demand throughout 2017. 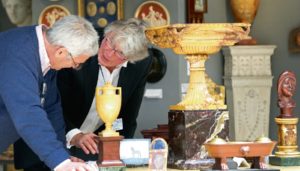 Probably the most extreme champion of the Grand Tour look was the neoclassical architect, Sir John Soane. He filled his London home in Lincoln’s Inn, now a museum, with hundreds of classical fragments that he sandwiched next to large architectural drawings and big scale antiquities.

Now the look is becoming popular once again, particularly with increased auction sales of 18th and 19th-century chimney tablets, marble capitals and large reliefs in plaster. 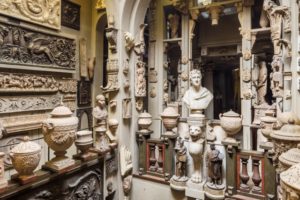 Dramatic large-scale plaster sculptures made from classical originals are also proving popular and prices have increased dramatically over the last few years. Those offered on the market with museum provenances (many were deaccessioned in the 80s and 90s to make room), have sold in excess of £50,000.

Equally eye-catching are the cork architectural models by well-known 18th-century makers such as the Naples maker Dominic Padiglione that have commanded sums in similar regions.

If you want to buy the real thing, affordable, small-scale mounted fragments from antiquity can be acquired for three or four figure sums and look good when placed on coffee tables or bookshelves. 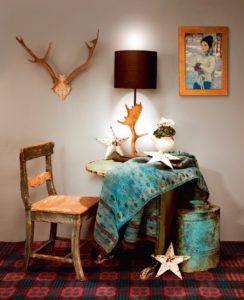 With its simple and characteristic naïve style, folk art appeals to modern interiors as well as more period looks.
The antithesis of fine art, folk art is primarily practical and was typically produced by the poor of any indigenous culture covering many different geographical areas and periods.

In America and the UK, pieces that fall into the folk bracket include weathervanes, old shop signs, itinerant portraits, roughly carved chairs, carousel horses and even tribal masks, made in a variety of materials. At auction, prices vary hugely, but generally speaking the more sought-after pieces are artistically pleasing and
retain much of their original decoration. 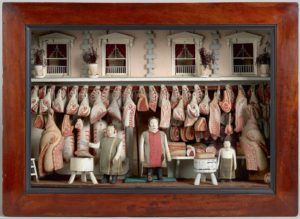 This butcher’s shop diorama can be considered as an icon of the British folk art tradition. Each piece is hand carved and painted and the joints of meat are technically correct in detail. There are two theories as to their original purpose, one that butchers hung them in windows as a trade sign, the other suggesting they were
used as teaching aids in the kitchens of large private houses to demonstrate butchery and cuts of meat. Whatever their purpose, there is a small known body of these works, all seemingly created by the same hand, and sharing a naive sculptural quality, unique to the British tradition.

While auction houses do not tend to offer dedicated folk art sales, local salerooms in areas rich in folk art such as Cornwall often include pieces. Robert and Josyane Young run Robert Young Antiques in Battersea; Denzil Grant in Bury St Edmunds in Suffolk also has a fine selection. 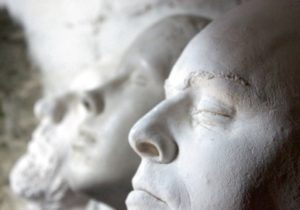 Following on from the trend for more masculine curios and taxidermy, comes the increasing interest in macabre antiques, characterised by the death mask, which will exert its influence in both collecting and interior design in 2017. 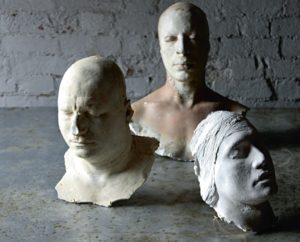 Death masks – usually made by oiling the skin and taking a plaster cast of the features – represent the most haunting memento of the deceased. Such masks were used either in a funerary effigy or as a model for a posthumous portrait. It was important that a death mask was made as soon as possible after death so that the character of the deceased was captured before the features started to fall.

Dating death masks is difficult as only 10 percent are marked, but most date from the mid 19th century through to the 1940s. Painted death masks are not common, with the plaster more often than not being left as is.

Collecting them isn’t easy so it’s best to buy from reputable dealers and look online. Doe and Hope has several death masks among its inventory. Skinner and Hyde also specialises in vintage curios and items of a macabre nature. Memento Mori sells objects and antiques which are macabre in nature.

(To read our full round-up of antiques that will be in demand next year, read the full article by subscribing to Antique Collecting) 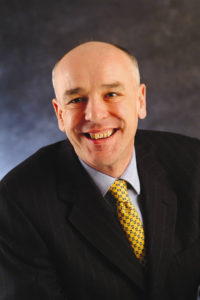 We caught up with Guy Schooling, Managing Director and auctioneer at Sworders to get his thoughts on how he sees the coming year in the antiques and art market.

“Politically, 2016 has been one of the most dramatic years of recent times, as it has also been for the art market. This follows on from a long period of increasing globalisation, largely thanks to the internet, with art market prices often outstripping other forms of investment. The more art has been seen as an alternative asset, the more scrutiny it has attracted from law enforcement and governments, especially those who believe there is a risk that the unscrupulous will use art to further their illegal aims, whether in the pursuit of money laundering, terrorism or the drugs trade.

Fortunately, in many ways the market is thriving more than ever before, and it remains one of the most exciting and rewarding fields in which to operate. Unfortunately, plenty of people, many of them with little or no understanding of the art market and what it has to offer, are out to spoil the party because they feel that it should be controlled more centrally.

All of this means that the challenges and potential rewards are greater than ever; in such circumstances, people tend to become more innovative and inventive.

With all this in mind, here is what I think might happen in 2017:

Modern British Art
My first pick of 2016 remains my first pick of 2017. This time last year I predicted rising fortunes in 2016 for the likes of John Nash, Cedric Morris and Kenneth Rowntree. Morris saw major auction records set and his star continues to rise, while the others also did well. Depending on the availability of works, in 2017 I think we will see Morris pursued to greater heights, and I would also keep an eye on Christopher Wood, who shot to prominence in 2016 and whose catalogue raisonnee is in the offing. John Nash, John Aldridge of the Great Bardfield artists, who is already on the rise, and – again if works become available – Paul Nash, Peter Schmidt, William Roberts and Evelyn Dunbar, are all in my sights.

Luxury Accessories
Auction houses and dealers are giving these much more attention, and we have found that our specialist sales attract a new and younger audience. Who wouldn’t want a part of that?

Innovative Partnerships
Increasing competition and challenges mean that we all have to be more innovative in our marketing, business models and routes to market. Auctioneers have become dealers and dealers often now stage auctions. The barriers are beginning to come down. We have to do business with the right people to ensure our consignors enjoy the best return on investing their trust in us. Part of that has to be tapping into new buyers, who may not always be found in traditional market places. We have road-tested a number of such initiatives and seen others do the same, to great effect. Expect more of this.

Increasing Self-regulation
Antiquities, ivory, Asian art and transparency have all been the focus of debate and lawmakers in the past year. New laws in the US, UK and Germany all came into force or are on their way, as are proposals for tighter import and export restrictions across EU states. The penalties for wrongdoing are also getting tougher. It’s in everyone’s interests for industry professionals to police themselves more visibly. Look at what Sotheby’s has just done in acquiring its own forensic art unit to weed out forgeries. The better we are at keeping our own houses clean, the less the authorities are likely to interfere and the more we will boost confidence in the public.

JFK and the Soviets
Amazingly, both turn 100 in 2017. The much-mourned assassinated US president is such an icon that I would be surprised if there were no dedicated sales of memorabilia, which together with all the media coverage should boost interest among younger generations of collectors. Likewise, despite the 1989 demise of the Soviet experiment, it left behind a rich tradition of propaganda in the form of posters and other collectables.

Online bidding
Pressure on costs and margins means that auction houses are looking for new solutions, while it can’t be long before something dramatic happens among those platforms jockeying for position. Don’t be surprised to find one or other of the big boys snapping up a rival… I’m not naming names though.

Cuba
The art is fabulous, the style magnificent. If domestic pressure for better standards of living starts to build, as I anticipate it will, it should create all sorts of new opportunities for trade and building friendships. There is a vast wealth of treasures waiting to be uncovered, from textiles to traditional collectables. I’d like to think that if we get a better chance to trade in them, we would keep in mind that this should be of as much benefit to the Cuban people as to us in creating a potentially booming new market.