With 120 specialist dealers showcasing over 30,000 individual pieces to suit all budgets, alongside expert and celebrity talks, the three-day AFE London Art, Antiques, Interiors Fair at ExCel looks set to make its mark on the capital when it opens this Friday.

We’ve pulled together just a few of the highlights that visitors can expect to see. 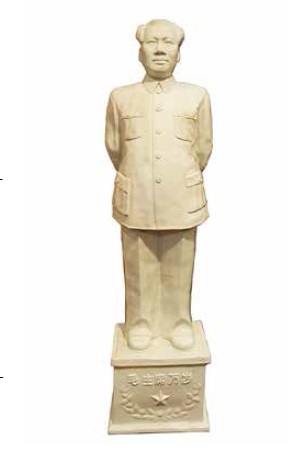 An almost life size white porcelain statue of Chinese leader Mao Tse Tung. The statue was produced in October 1967 to the order of the Chinese government. The statue will be shown by Paul Harris Asia Arts. Says Paul: ‘We know that two of these statues were made but there is no trace now of the other one which went to Chinese government offices after completion. This statue of China’s controversial leader may well be unique. ‘It is dated October 1967 which was a landmark time for China as the Cultural Revolution was launched. It is a ‘heroic’ interpretation of Mao at the height of his adulation. As such, it is a vitally important historical relic.’ The 1.42m tall white-glazed statue is accurate down to every last detail, including the birthmark on Mao’s face. The subject wears the legendary ‘Mao jacket’ with every last button faithfully replicated. For many years this statue graced the halls of the Chinese Embassy in Rome but was removed from show when the great leader fell from favour. It is in perfect condition. According to researches carried out by the vendors, it was made in 1967 in China’s porcelain capital, Jingdezhen. Says Paul Harris, ‘It is notoriously difficult to make a white porcelain statue of this very large size. Accordingly, large numbers could not be manufactured. This perfect example would probably have been preceded by dozens of failures during the firing process. We know of no other surviving examples.’ The 50 year-old statue is inscribed with the legend ‘May Mao Tse Tung live for 10,000 years’. It bears the number ‘2’ and is dated October 1967. It will carry a price tag of £500,000. 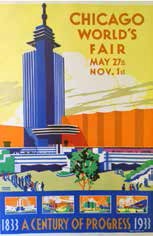 A fabulous collection of vintage posters from the early and mid-20th century will be on sale from Red Door Posters. Subjects include Fashion, Transport & Travel, Sport, War Propaganda, Food & Beverages and Future Classics. 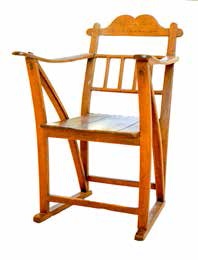 Very rare Prisoner of War memorabilia from the Boer War, to be shown by folk art specialists John Shepherd & Erna Hiscock from Kent. Items will include a carved oak chair made in the contemporary Arts & Crafts style by a Boer prisoner of war serving time in a prison on St. Helena, inscribed ‘Made by a POW 1901’, probably given (as so many crafted items were) to the prison governor. The chair is for sale at

£450. There will also be a walking cane, carved and painted from top to end in the form of a snake, which was a typical Boer symbol of the period, with a price of £145.

If you’re looking for an early Valentine’s Day gift Gemma Redmond Vintage will be specialising in 20th century costume jewellery, with pieces by many famous Hollywood designers including Miriam Haskell, Elsa Schiaparelli and Trifari.

Fabulous period clocks will be on offer from Story Antique Clocks, including a fine quality small sized rosewood mantel clock by Hanson, 260 High Holborn, London c.1830; and a fine quality flame mahogany longcase clock by Henry Parsons of London c.1780. They will also show a fine quality French boulle and red tortoiseshell mantel clock, by Marti of Paris, c.1880, seen to the left. 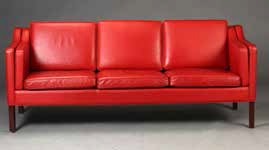 Check out the fabulous collection of Swedish, Danish and Nordic furniture which will go on display from Scandinavian by Design. Dealer Roger Burgett from the Cotswolds promises a comfortable three-seater red leather sofa in the style of designer Mogens Hansen, made by Hurup, Denmark. Priced at £2,400. And a pair of black leather “Interdane” lounge chairs, designed by Oluf Lund and made by Trio-Line. This design won the Danish Design award in 1991. Priced at £5,000. 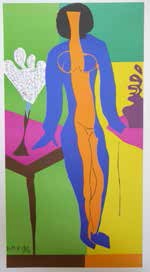 Specialising in fine original prints will be Black Ink from the Cotswolds. Highlighting their stand will be a set of ten Matisse lithographs from the famed “Cut Outs” suite. These lithographs are the last works of Henri Matisse, the stones were drawn under Matisse’s direct 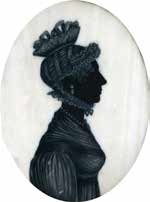 supervision, and published after he died. This edition is of only 200, of a super large size, measuring 76cm x 56cm, printed on vellum and published by the Matisse estate in the late 1950’s. Each is signed in the stone and stamped Succession H. Matisse and is priced at £695.

An early 19th century silhouette of a lady in a lace-trimmed cap painted on ivory by the artist T. London, circa 1800-1810. From Wigs on the Green, specialising in miniature portraits and silhouettes. The piece is for sale at £280. 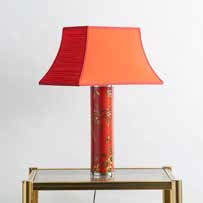 The great Italian designer Peiro Forasetti is a favourite amongst interior designers, and exhibitors Il Paralume will be bringing a selection of pieces including a striking metal table lamp, a screen lacquered with the Chinese technical Gran Coromandel, dating from the 1960s, plus authentication certificates from the Italian Ministry of Fine Arts. Il Paralume also have a pair of stylish armachairs by Giò Ponti from the 1960s.