Perhaps fittingly for an auction in December, the highest price achieved at the auction was for a rather unusual lot in the form of a donkey.  The 19th century pull-along child’s toy, in the form of a man and his donkey was bought in to one of the firms weekly valuation days in Whitchurch and sold for an astonishing £4,100.

The lot attracted international interest and was hotly contested by UK and international collectors before selling to an American buyer online. Auctioneer Christina Trevanion explained “We were very pleasantly surprised by this little piece, it was rather tatty and the man’s leg had broken in half, we anticipated interest but were delighted when it reached such a stellar price for the seller. There is always a strong collectors market for antique toys, even ones in slightly worse for wear condition!” 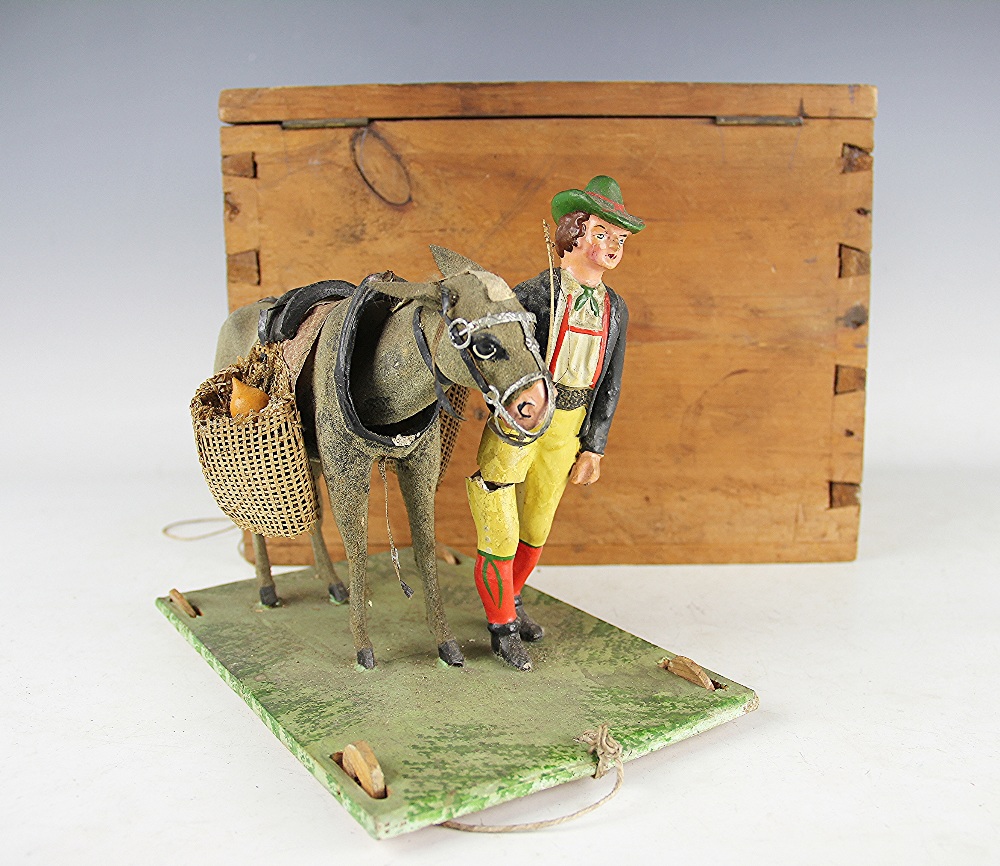 Another local lot which caused quite a stir on the day was an advertising poster for Soames & Co, Border Breweries, Wrexham. The poster itself was released to commemorate the firms first prize medal for Welsh Ales and depicts a wonderful overview of the factory, including its Brewery chimney which is still a significant landmark in Wrexham, along with a tantalising picture of the breweryinterior at the time. The poster, consigned to the firm by a Cheshire vendor caused great excitement on the day and sold to a North of England collector for £1,100 despite restoration and later framing.  Aaron Dean, partner at the firm explained “Breweriana is a major collecting area that is booming at the moment. These posters, which were once just simple advertising pieces, were stuck up around the town and produced on quite flimsy paper, they would have just been thrown away as they wouldn’t have withstood the elements they were exposed to. As they perished so easily to find an example in such good condition is exceptionally rare.” 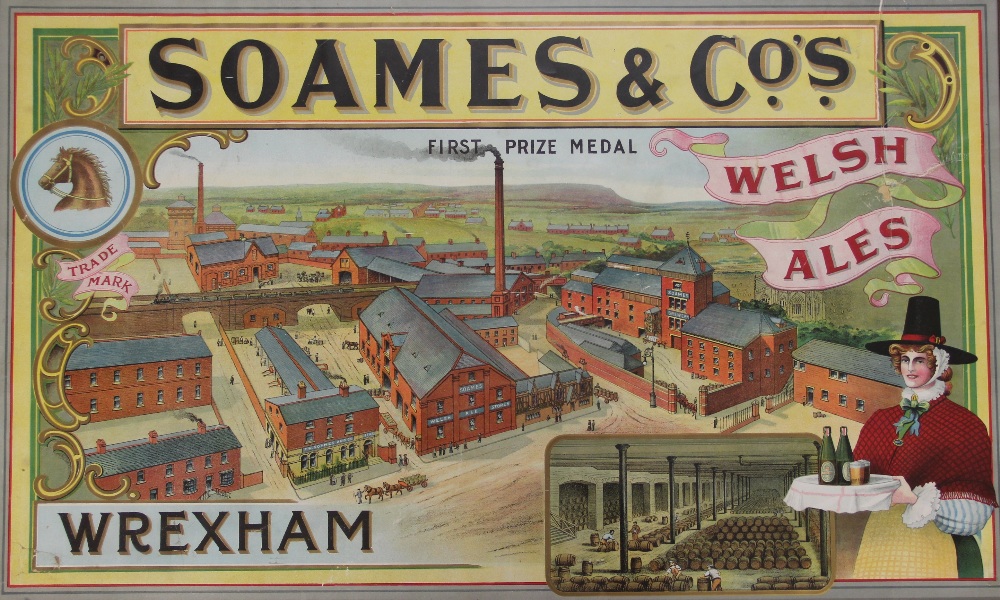 Jewellery and silver also continued to command high prices as six of the top selling lots of the day were in the jewellery category. Highlights included, a blue enamelled Victorian bangle set with diamonds and coral which sold for £1,000 and a ruby and diamond marquise shaped cluster ring was secured by its new owner for £750.