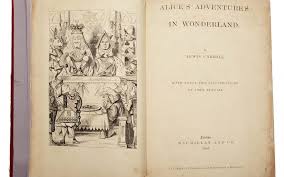 A remarkable collection of over 3000 Alice in Wonderland books and memorabilia, among the largest in the world, goes on sale at Mallams auctioneers in Oxford next month. The ‘Oxford Authors Sale’ will include more than 3,000 Alice items acquired across a 25-year collecting odyssey by the late Thomas Schuster and his wife Greta.

Thomas E Schuster, who died in 2013, aged 76, was an international antiquarian books and prints dealer based in Maddox Street in Mayfair, London. His interest in English children’s literature was first ignited by a client in Japan and he became a recognised expert in the works of Kate Greenaway, Beatrix Potter and the Enid Blyton character ‘Noddy’. He published the Kate Greenaway catalogue raisonne in 1986. 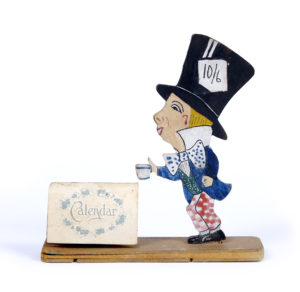 But it was the Victorian writer, photographer and mathematician Charles Lutwidge Dodgson, better known as Lewis Carroll, who proved a lasting passion for both Thomas Schuster and his wife. Buying at auction, at antique fairs at home and abroad, and through specialist dealers, Alice in Wonderland was the couple’s shared hobby for more than a quarter century.

Highlights from the massive collection (to be sold in 360 lots) have been exhibited publicly on two previous occasions: at the Schuster gallery in the late 1990s and at the Tate Modern Liverpool in 2012, as part of an Alice in Wonderland exhibition that later moved to Italy and Germany. However, Mallams’ sale will provide the first opportunity to view the collection in its entirety – the myriad books, porcelain, artwork, posters, toys, dolls and ephemera that have surrounded the cult of Alice since the earliest years. They range from the rare and academically important to the downright bizarre. 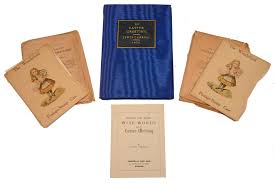 Greta Schuster and son Chris have chosen to sell the collection in Oxford for its intimate associations with the Alice story. It was famously during a boat trip on the Thames in 1862 that Christ Church College don Charles Dodgson first entertained the 10-year-old Alice Liddell and her sisters with the tale of a girl who fell down a rabbit hole into a world called Wonderland.

Commenting on the reason for creating the collection Mrs Schuster said, “What attracted my husband and I to the work of Charles Dodgson is the sheer magic of the stories and the extraordinary intelligence behind them. He created a world of great imagination which we found bewitching. If he had been alive today we would have been the best of friends, as he became one of our best friends through many happy years of collecting his works.”

Dodgson was persuaded to write down the story, with the book Alice’s Adventures in Wonderland first published in 1865. Every year Oxford celebrates all things Alice, with the annual Alice’s Day celebrations scheduled this year for July 1.

The sale takes place at Mallams on February 8th