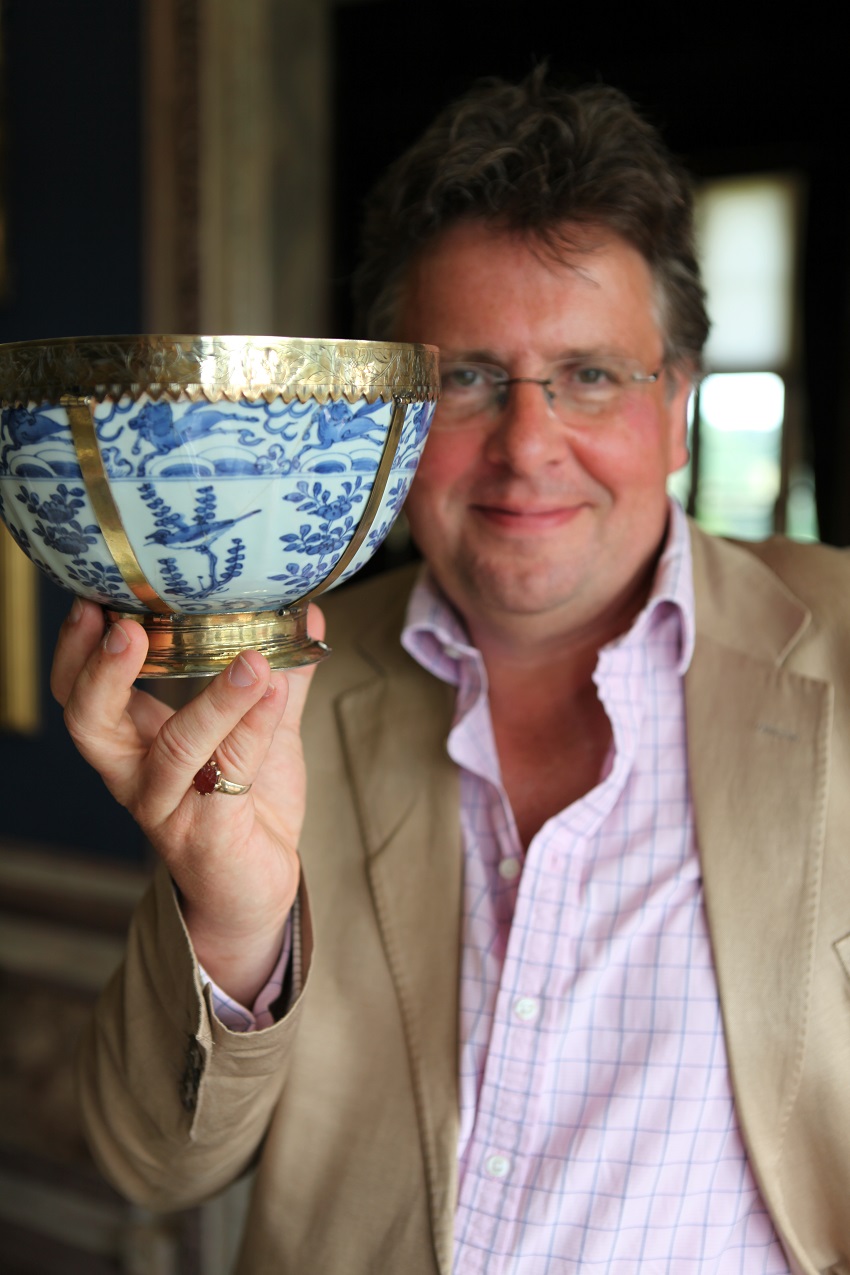 Lars Tharp, one of the best-known specialists from the BBC Antiques Roadshow, will host a series of valuation days for the public in March on behalf of Sworders Fine Art Auctioneers.

As a leading expert on ceramics and Oriental art and one of the longest-serving and most respected of the Roadshow specialists, he will bring that expertise to the Essex auction house.

Lars is hoping to discover the kind of Chinese and Japanese treasures, as well as British and European ceramics, that make national headlines, like the memorable find a few years back when he worked at Sotheby’s.

Lars says, “We were conducting a valuation day in Hartley Wintney. It was very busy and as I worked my way through the visitors, I saw a lady in the queue clutching a little blue and white bowl under her arm. When it was her turn, I ummed and aahhed, before letting her know that it was late Ming and marked for the Emperor Wanli, whose palace it would have originally come from.” He continues, “When I told her it was worth around £6000-9000 – this was in the mid 1980s – she felt faint and had to be revived with a cup of tea. It turned out her dog had been using it as its food bowl for years.”

At the time, such discoveries were very rare indeed, to the extent that the celebrated cartoonist Mark Boxer used the story for one of his cartoons and one national newspaper even brought a dog along to be photographed with the bowl when it was subsequently sold at Sotheby’s.

“The headline was Chow Ming,” Lars recalls. “If the lady had come in today she really would have to sit down and have two cups of tea, because the price would have been at least £60,000.”

Lars, who has also appeared on many other TV and radio shows, has enjoyed a multi-faceted career as a curator and museum director, author, consultant, broker, public speaker and even as a judge on the jury for the Art Fund Prize for Museums and Galleries. He also devises and hosts cultural tours for travel companies.

The first chance to consult him comes at Sworders’ Stansted Mountfitchet saleroom on March 2, from 10am to 4pm.

The following day, March 3, Lars will offer his valuation expertise at Sworders’ Hertford office at 42 St Andrew Street, from 10am to 4pm.

Then he moves north for a day at the York Grand Hotel & Spa on March 13, followed by a March 14 date at Leeds City Museum.