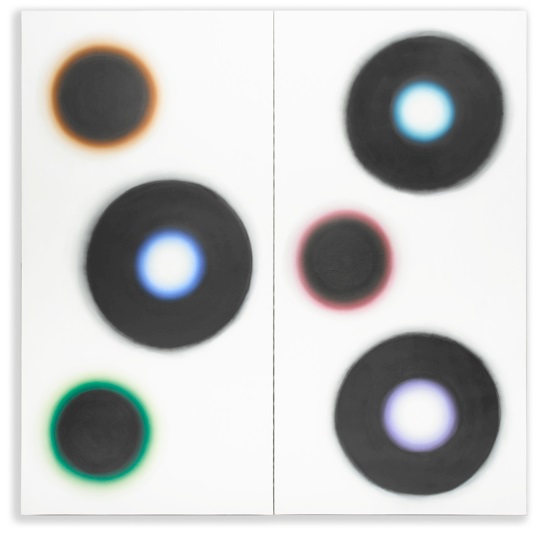 Op Art, the radical movement that embodied the culture of the 1960s – from the Space Race to anti-establishment fervour – is back in demand, according to the international auction house Bonhams.

One of the highlights of the sales is NJ15, painted in 1964 (left), a diptych by Polish artist Wojciech Fangor. In the hands of a private collector since 1970, NJ15 is, by far, the largest and most important of his works ever to come to auction. It will be offered in London on Wednesday 8 March and is estimated at £140,000-180,000. Bonhams set a world record for a work by Fangor last year when M35 sold in New York for US$319,500. Fangor used simple colour structures as a means to explore optic vibration. His work was highly popular and exhibited at some of the world’s most celebrated art institutions including MOMA (New York, 1965) and the Venice Biennale (1968). The sale also includes Fangor’s M5 (1970), estimated at £60,000-80,000.

Bonhams Head of Post War and Contemporary Art in London, Ralph Taylor said, “Op Art has always been a provocative movement. Its artists produced visually striking paintings which challenged viewers’ perception of the world. This was very much in tune with the spirit of the 1960s, the decade of its greatest influence, but, later, Op Art tended to be overshadowed by the artistic movements that followed. Today it is very much back in demand, and over the past two years, Bonhams has seen prices rise dramatically as collectors and public institutions start to re-evaluate and appreciate Op Art’s place in art history.”

Op Art (short for Optical Art) was a global movement. Its most important practitioners came from places as far apart as Poland, Venezuela, Israel, America, the UK and Hungary and travelled widely. Fangor, for example, left his native Poland for America, and Hungarian-born Victor Vasarely, credited as the founding father of the Op Art movement, settled in Paris. There he developed what became his signature aesthetic – geometric shapes crafted to create the illusion of spatial depth and simple colours that acknowledged the new computer age of binary systems. It defined the look of the 1960s and influenced everything from Mary Quant dresses, to fabric design and advertising. 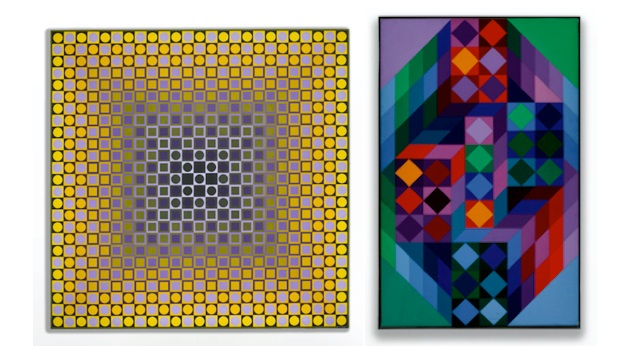 Vasarely works in the Bonhams sales include:

In the winter of 1965, MOMA in New York brought Op Art to the world stage in The Responsive Eye, an exhibition that proved the museum’s most popular show to that date. Alongside work by Vasarely and Fangor, were paintings by Bridget Riley and Richard Anuszkiewicz, both of whom feature in Bonhams’ forthcoming Post-War and Contemporary Art sales.

Born in London in 1931, Riley is one of the foremost exponents of Op Art. Her work, like that of her fellow Op Artists, was concerned with the sensation of movement produced by geometric forms and simple colours. Three of her works will be offered in Bonhams London sale including Light Rose, Blue and Green Small Twisted Curve (1976), estimated at £60,000-80,000.