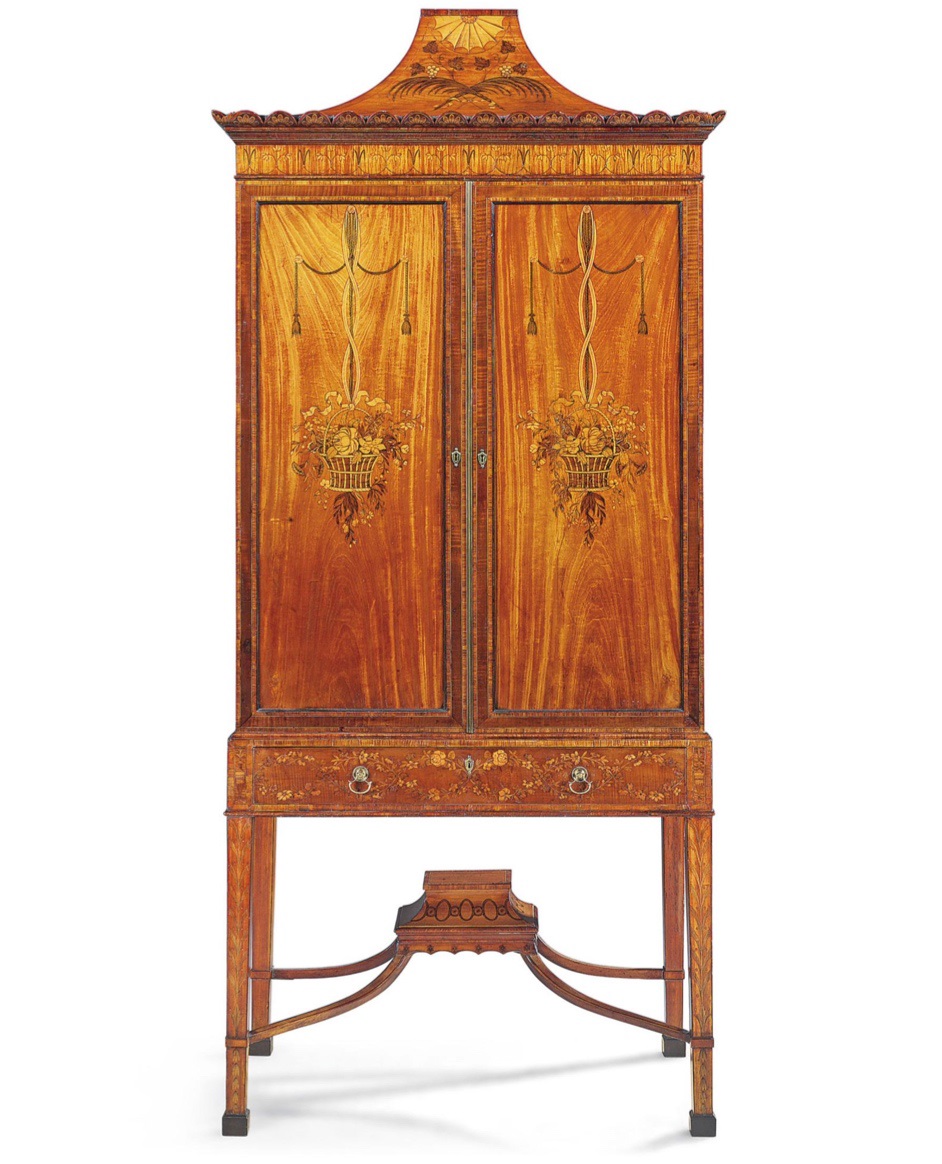 Mallett Antiques is delighted to announce that it will be on exhibition at this year’s BADA Fair with an impressive selection of fine furniture and objets d’art. The renowned dealer, which celebrated its 150th anniversary in 2015, will showcase standout, beautiful pieces from the 18th and 19th centuries.

Representing the Neo-classical mood is an impressive George III satinwood and marquetry pagoda-topped cabinet attributed to the leading London cabinetmakers Ince and Mayhew which retains an exceptional colour. Not only were
William Ince and John Mayhew one of the most successful London cabinetmaking firms of the 18th century but they were also among Thomas Chippendale’s chief rivals. The partnership supplied numerous aristocratic clients including the 6th Earl of Coventry, the 12th Earl of Derby and Sir William Brook Bridges 3rd Bt, respectively at Croome Court, Derby House and Goodnestone Park. 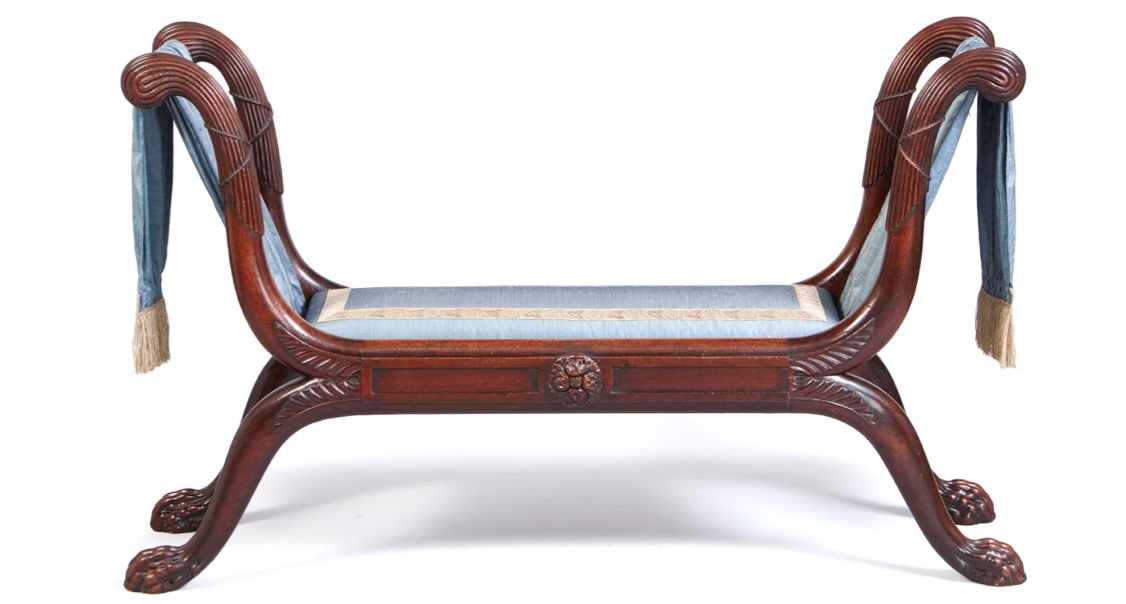 The seat furniture highlights include a set of eight parcel-gilt chairs attributed to François Hervé, which were supplied to George John, 2nd Earl Spencer (1758- 1834) either for Spencer House, London or Althorp, Northamptonshire. Another piece in this category is a Regency rosewood x-frame stool of unusually large size which has affinities with the work of the leading Scottish cabinet-maker William Trotter (1772 – 1833). Trotter’s documented work includes a notable commission for Paxton House in 1814 which features furniture with related characteristics.