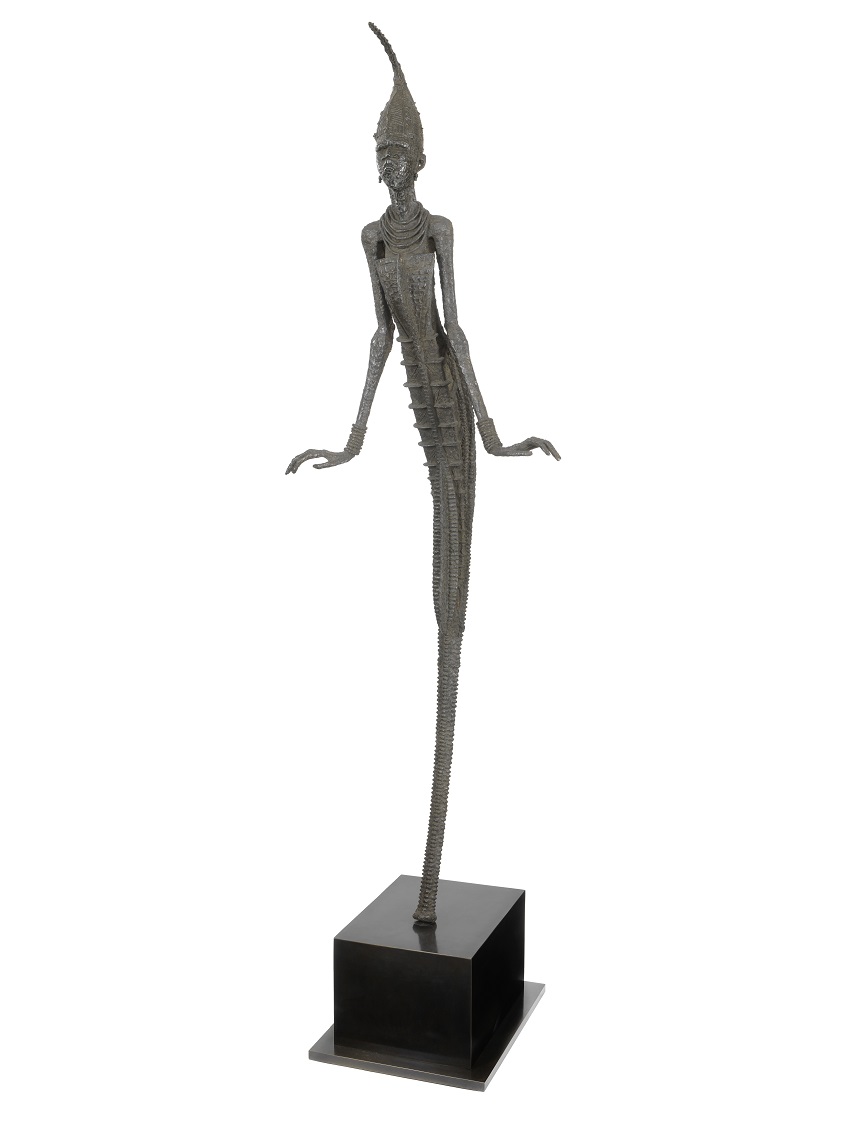 An auction world record of £353,000 has been set at Bonhams’ recent Africa Now – Modern Africa Sale for a sculpture by pioneering Nigerian sculptor and painter, Ben Enwonwu.

The sculpture entitled Anyanwu is a 6ft 10 high statue that was first conceived in 1954 and is considered to be the artist’s masterpiece. It was commissioned to mark the establishment of the National Museum in Lagos, outside which it still stands.

Bonhams Director of African Art, Giles Peppiatt, said, “Ben Enwonwu was the first important Nigerian artist to reflect the sculptural traditions of his people in his work. Nowhere is this more spectacularly displayed than in his masterpiece Anyanwu. As the result achieved indicates – this is a new world record for an Enwonwu sculpture –  there was fierce bidding to secure the right to own this exceptional and moving piece.”

Other highlights of the sale included:

In total, the sale made more than £1.4 million.