New to London Art Week calendar this year is a possé of international dealers joining forces to set up an exhibition entitled ‘A Collectors’ Paradise‘ at 15 Duke Street, St James’s from 30th June to 7th July.

The exhibition offers an exciting opportunity to see a wide collection of the finest porcelain and pottery shown to their very best in the intimate surroundings of the three-storey gallery located in the heart of London’s art world.  Exhibiting will be the Brian Haughton Gallery of St James’s, Christophe Perlés of Paris and Robyn Robb of Chelsea, all specialist dealers in the porcelain and pottery world.  Other disciplines in the fine and decorative arts will also be announced in the coming weeks. 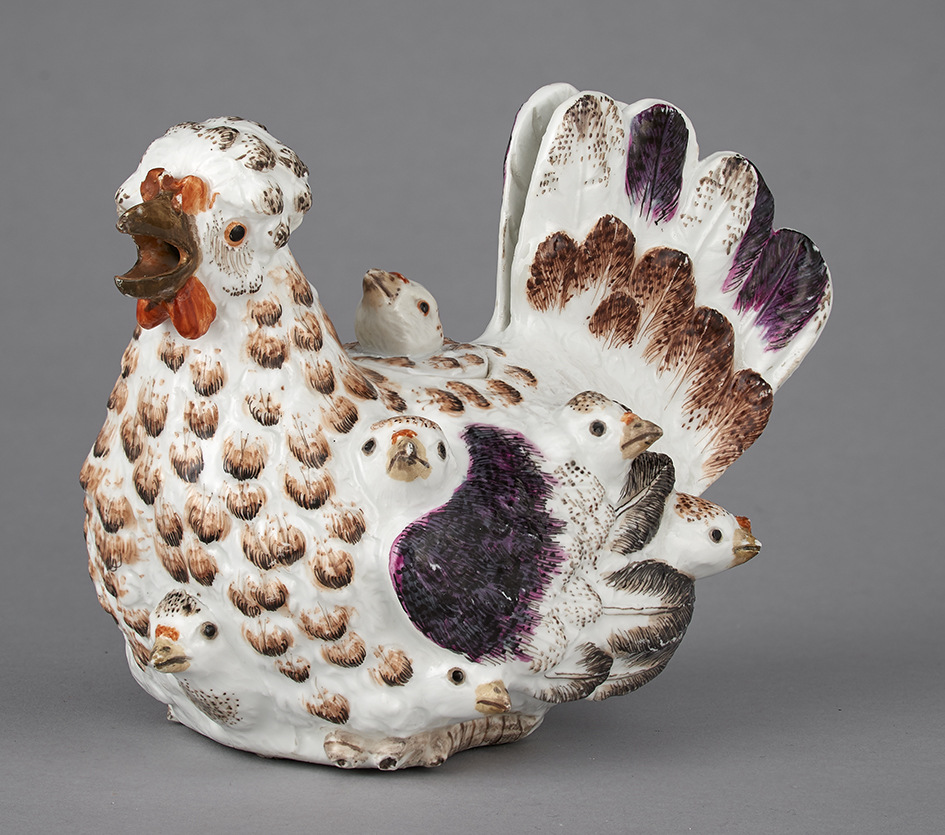 The Brian Haughton Gallery is delighted to announce they will be selling the celebrated Tuke Collection of Important First Period Dr Wall Worcester. A W Tuke and Sir Anthony Tuke, father and son collectors, and both Chairmen of Barclays Bank, the former was a founding member of the English Porcelain Circle, which was to become the English Ceramic Circle.  This is one of the last collections formed by a founding member to be dispersed.  Included is an extremely important First Period Worcester dessert plate, of Grubbe type decorated in the London Atelier of James Giles in very rare green camaieu, c 1765.  Other items exhibited for sale include a very rare Meissen teapot and cover in the form of a hen and chicks, modelled by J J Kaendler, c 1735 from the Baron von Born Collection and a fine Chelsea sunflower box, cover and stand, c 1755.

Robyn Robb specialises in the earliest English porcelain which was made in the 18th century and she has some of the finest and rarest pieces from that period with particular emphasis on two of the important factories of that date, Chelsea and Worcester.  Highlights from Robyn Robb include a rare Chelsea ‘Hans Sloane’ botanical plate finely painted with a large spray of pink and white crinum: the painting of the crinum is based on an engraving by Georg Dionysius Ehret:  and a fine 18th century Worcester cup exquisitely painted with a Chinese figure holding a parasol.