A rare ‘lost’ lithograph masterpiece is expected to sell for up to £10,000 when it goes under the hammer at Staffordshire acution house Cuttlestones‘ first Fine Art Sale of the year next month.

The lithograph of The Siege and destruction of Jerusalem is taken from an original a work by the Royal Academy artist David Roberts (1796-1864). The Scottish-born artist rose from poverty to become one of the most popular painters of the 19th century, famed for his depictions of the Holy Land. This hand-coloured lithograph is signed in pencil lower right by both Roberts and the prolific watercolour and lithograph artist Louise Haghe (1806-1885). 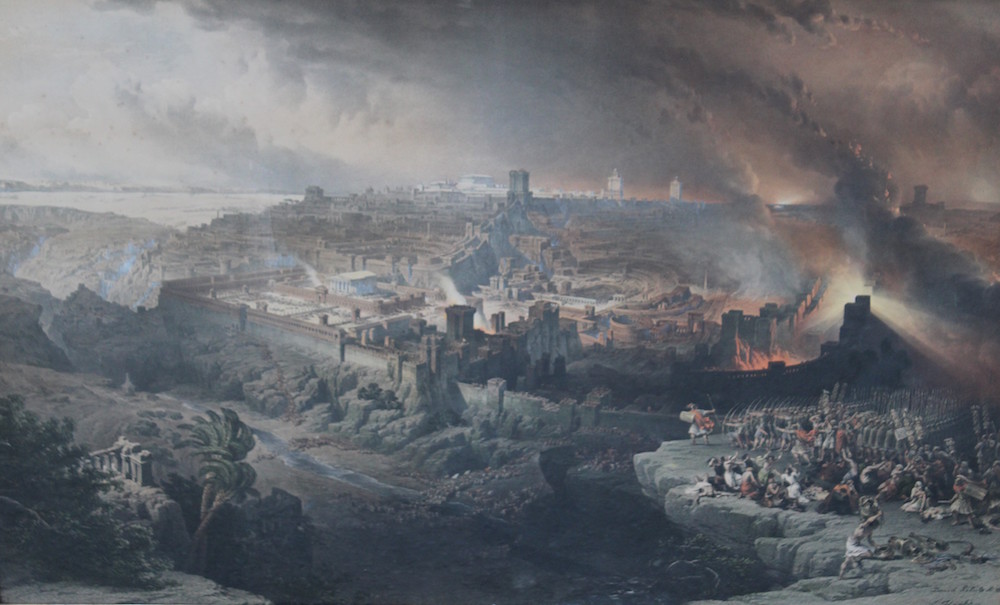 Depicting the siege and destruction of Jerusalem by the Romans under the command of Titus, this lot is particularly interesting as the whereabouts of original painting – which measured an incredible 7 by 12 feet – are a mystery. It was lost in the 1960s following its sale at Christies to an Italian art dealer, after which it was sent to Rome and apparently sold on – but there is no record of its sale. The painting has a history of vanishing – after its premiere in London to unanimous acclaim from critics it disappeared in 1854, resurfacing only for the 1961 Christies auction. Gilt framed and glazed, measuring an impressive 69 x 108cm the Lithograph of this elusive masterpiece is expected to achieve £7,000 – £10,000. 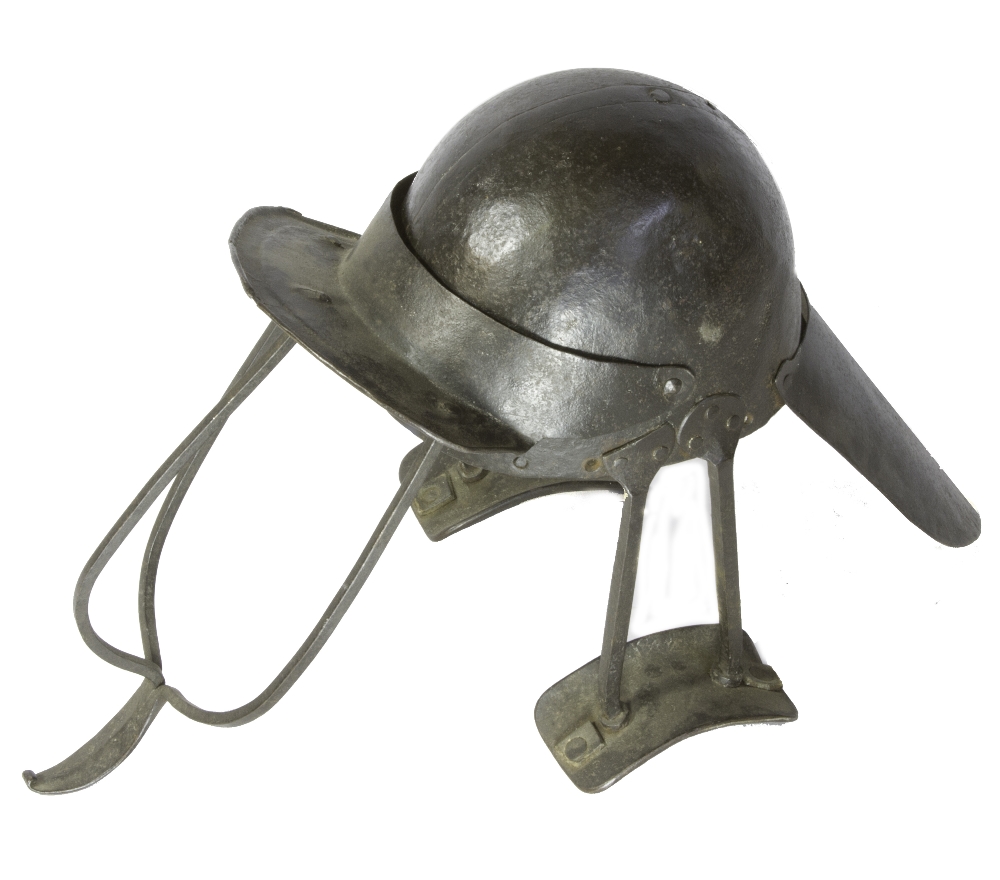 Another very rare lot comes from a very different section of the catalogue, in the form of an English Civil War period siege helmet. Constructed of heavily blackened iron, it comprises a two-piece rounded skull with three bar drop-down face guard, hinged one-piece neck guard and curved shoulder plates. Having previously sold through both Bonhams (2011) and Christies (1982) this is an item of considerable provenance. As such, it is expected to sell in the region of £1,000 – £2,000.

An item that is of interest more because of its links to a true English eccentric rather than its intrinsic value is a case silver papal medal presented to Lady Meux by Pope Leo XIII through His Eminence Cardinal Rampolla in April 1899. Lady Meux was a colourful character on the late Victorian social scene. Born a butcher’s daughter in 1847, she rose in social hierarchy with her marriage to the wealthy London brewer Sir Henry Meux, a 3rd Baronet.

Never accepted by her husband’s family or polite society having claimed to be an actress, barmaid and Music Hall banjo player going by the name of Val Reece, rumours abounded that she was also a prostitute. This did little to dull Lady Meux’s antics – painted three times by Whistler, she drove around London in a carriage pulled by a pair of Zebra and reportedly attended boxing matches incognito. The medal is expected to fetch somewhere between £80 – £120 but collectors keen to own something linked to such an unconventional character may well part with more. 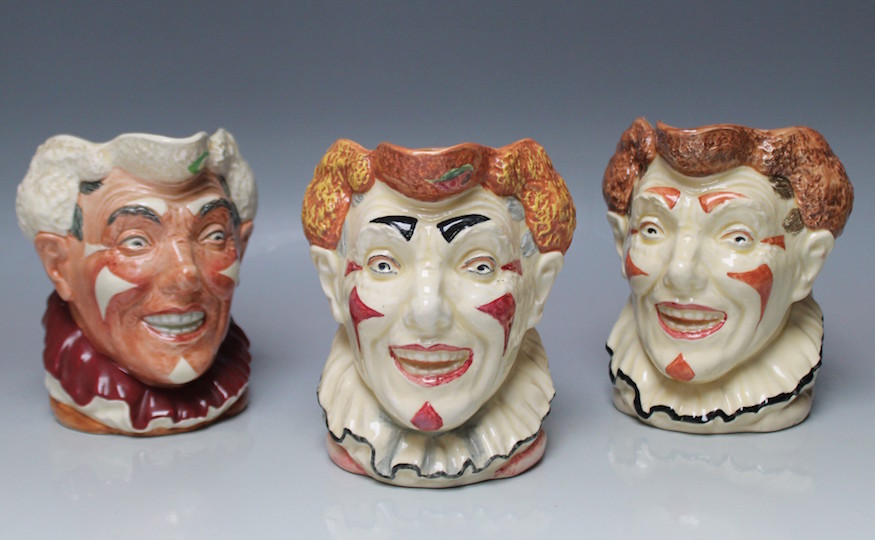 Other highlights of the sale look set to include three rare, large Royal Doulton character ‘Clown’ jugs. One a white-haired version, one a red-haired version and the other a brown-haired version they are each expected to fetch £800 – £1,000. In the silver section, a silver castle-topped card case featuring a relief of St Paul’s Cathedral, hallmarked for 1843 Birmingham and bearing the maker’s mark for Nathanial Mills, should achieve in the region of £600 – £1,000.

All of these lots will come under the hammer during Cuttlestones’ two-day Fine Art auction comprised of 933 lots on Thursday 2nd and Friday 3rd March in Penkridge.