Figural oak carvings and their accompanying preparatory sketches by Stan ‘Woodpecker’ Dodds, graduate of the Kilburn workshop of Robert ‘Mouseman’ Thompson, are coming up for sale in Tennants‘ Spring Fine Art Sale next month. 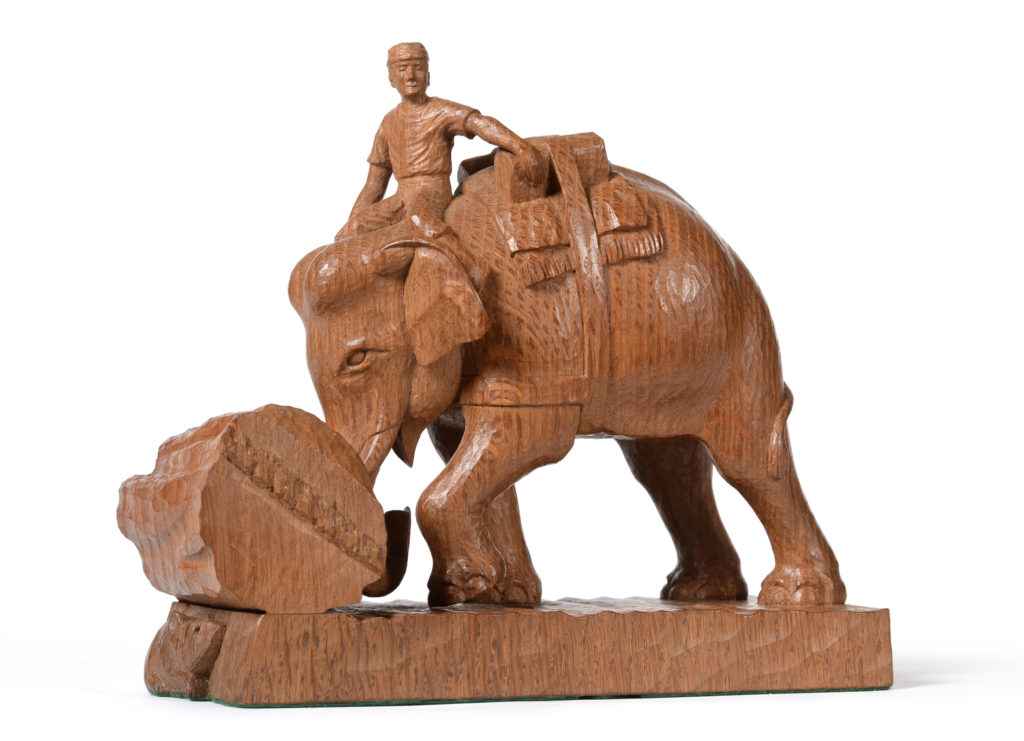 While English oak furniture and furnishings by Robert ‘Mouseman’ Thompson have been a favourite at auction for many years, and prices have remained consistently high, collectors are now turning their attention to the work of the ‘Yorkshire Critters’ craftsmen. This group of talented designer-makers who trained in the Kilburn workshop of Robert Thompson before branching out on their own used the same traditional materials and techniques as their master, each craftsman created a signature carved ‘critter’ to embellish their oak creations.

The first of the ‘Critters’ was Stan ‘Woodpecker’ Dodds (1928-2012). Stan began working as an apprentice for Robert Thompson in 1942 at the age of fourteen and continued to work in the Thompson family workshop until his retirement in 1994. After marrying in 1960, Stan set up his own little workshop where he made fine oak carvings in his spare time. Stan initially signed his work with a carved rabbit, however, he switched to a woodpecker when fellow Kilburn craftsman Peter Heap registered the rabbit as his own trademark. 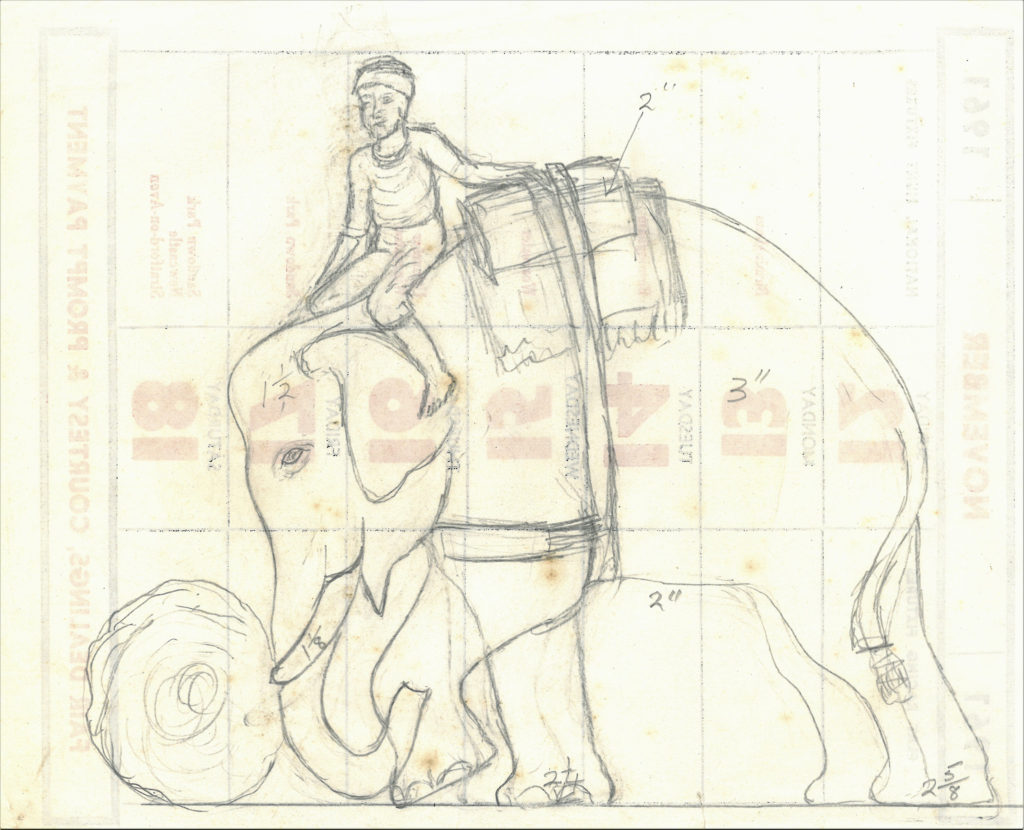 Tennants’ Mouseman specialist, Diane Sinnott, says of the carvings, “Stan was one of Robert Thompson’s best carvers, and the work he made under his own name rarely comes onto the market. To have not only a group of six carvings by Stan Dodds, but also their original drawings, is very exciting – and will no doubt appeal to both collectors of Mouseman and Yorkshire Critter furniture.”

Six carvings by Stan Dodds have been consigned to Tennants by a private vendor. They are being sold as five lots, with estimates ranging between £700 and £2000; four lots are to be sold with their original drawings.

The same sale will also feature over eighty lots of furniture and furnishings by Robert ‘Mouseman’ Thompson, including a good collection of 1948 small furnishing items, such as a rare barrel-form lidded jar and a mantel clock, made for Patricia Kirk of Kilburn. Of interest, too, is a collection of 1930s/40s Mouseman furnishings being sold by the Order of the Holy Paraclete, St Hilda’s Priory, Whitby; of note in the collection is a carved figure of a Priest from the 1930s/40s, with wonderful patination estimated at £700-1000.