The top lot of Tennants‘ recent Modern and Contemporary Art sale was a powerful portrait by Paul Wright, Head of a Versatile Man. 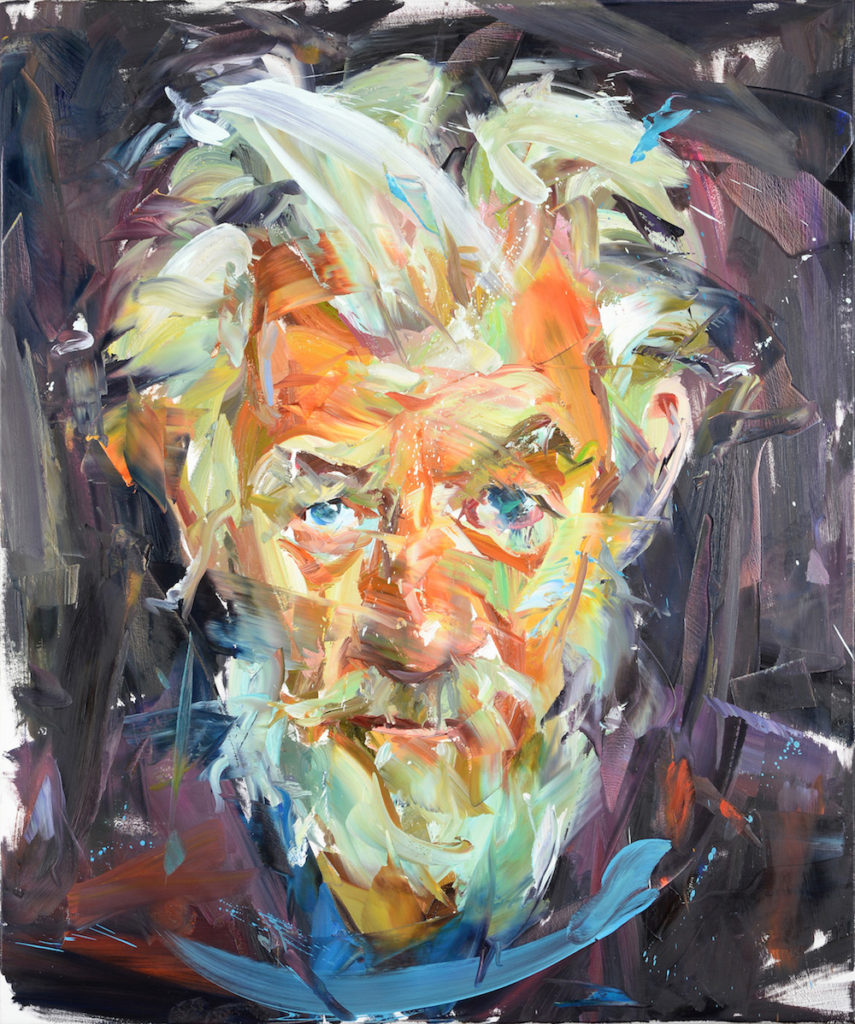 The painting was the subject of competition from multiple phone lines and internet bidders before selling online for £3,500 against an estimate of £400-600. The portrait was part of a significant private collection of Modern British and Contemporary Art, the highlights of which are due to be sold in Tennants’ Spring Fine Art Sale on 24th & 25th March. 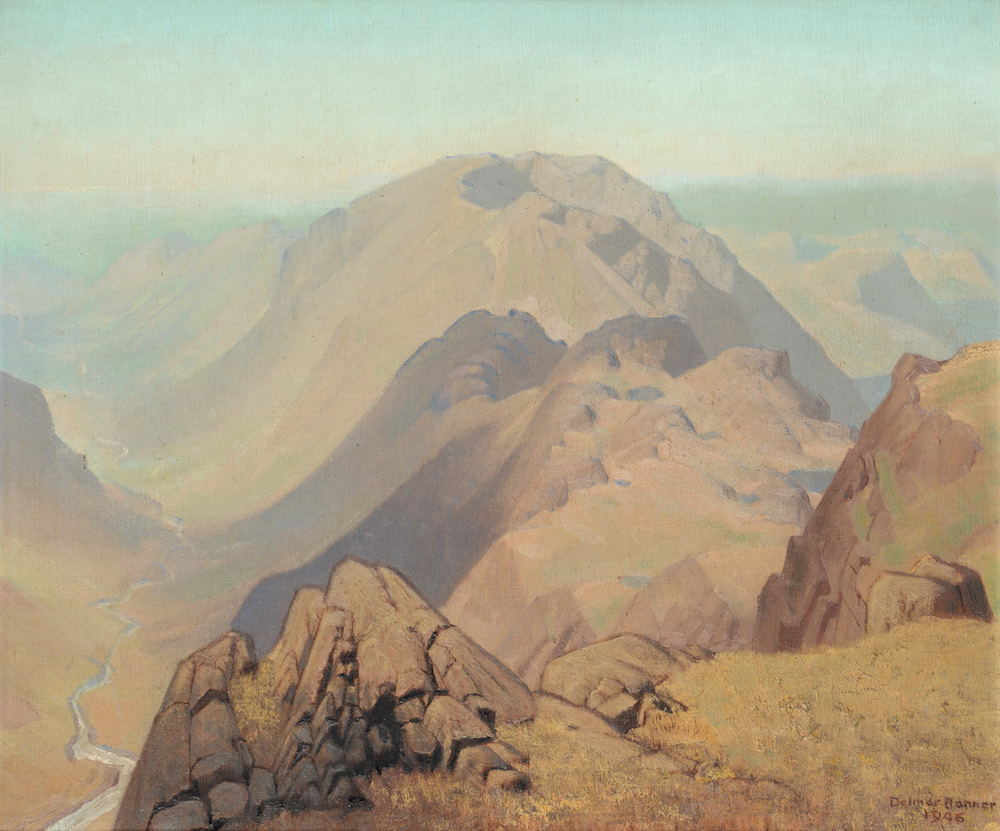 Also proving in demand was a more traditional oil painting – A River Winding Through a Mountainous Landscape by Delmar Harmood Banner (1896-1983), which sold online for £2,200 (Est. £300-500). Banner was born in Germany, but after being educated in England settled in Ambleside in the Lake District with his wife, where the pair were to become great friends with Beatrix Potter.

A good array of Scottish works attracted bidders from north of the border, and in particular Figures in a Snow Covered Street by Robert Henderson Blyth (1919-1970) sold well above the £200-450 estimate to achieve a hammer price of £1900. Also selling well were two works by popular Scottish landscapist John Lowrie Morrison OBE or “Jolomo” (b.1948), an artist who always draws much attention at Tennants; his Hot Day at John Semple’s Cove, Coll reached £1,100 against the £600-800 estimate.

Specialist Saskia Riley-Smith says, “The high hammer prices and sold rate in this sale prove the strength of the Modern & Contemporary market at Tennants – not only are we seeing increasing numbers of fine paintings consigned to sale, but strong numbers of new bidders for each sale too. Particularly encouraging are the numbers of young buyers, especially from London, who will become the future of the art market. The sale also shows the value of good private collections that have been carefully and thoughtfully put together – fresh to the market paintings draw new buyers and create excitement in the saleroom”.