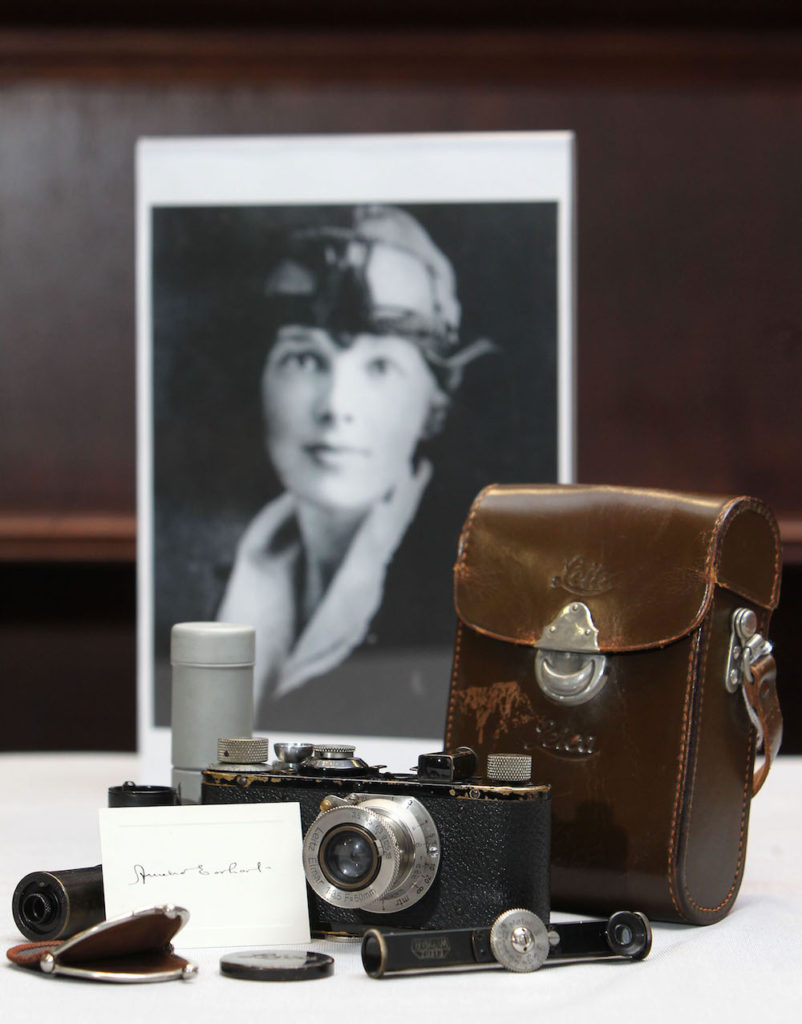 A Leica 1 camera that belonged to American aviation pioneer, Amelia Earhart, will go under the hammer in Glasgow later this month.

The camera is one of 120 lots of vintage and modern cameras to be sold at McTear’s Auctioneers, with hopes the collection could fetch over £40,000. The sale includes a number of highly collectible Leica cameras dating back to the early 20th Century, with many in working condition.

Belonging to photographer and collector Ian Macdonald from East Ayrshire, the highlight of the auction is a Leica 1 which was owned by Earhart’s husband, the publisher George P Putnam, who consequently gifted it to her.

The black paint camera which dates back to 1929, was reputedly given to Mr Macdonald’s grandfather Wullie who worked for a cleaning company that collected laundry from hotels and private residences in the state of New York. As part of his job, Wullie regularly visited the house in Rye where Earhart and Putnam lived.

In 1933, when calling at the house, Wullie commented about the Leica which Earhart had recently taken on a trip to Chicago and as she preferred to use another model, she offered the camera to Wullie along with a signed card.

The camera, which experts at McTear’s estimate will fetch between £10,000 and £15,000, includes a lens cap, range finder, two reloadable film cassettes and holder, all contained in a leather case.

Ian said: “The story behind this camera is fascinating and of all the ones I own it definitely evokes the most emotion as it’s been in my family for so long. My grandfather began the collection, then my father continued it until it was eventually passed down to me. Over the years I’ve added to it but I feel now is the right time to sell and allow others to get enjoyment from these great cameras.”

Commentating on the sale, Victoria Irvine, Head of Silver, Ceramics, Clocks & Works of Art at McTear’s says, “The strength of this wonderful collection is the sheer volume of Leica cameras, including unusual models that will be on sale. But what makes this auction really stand out is the condition of the lots, with many of the cameras in outstanding working condition for their age. We believe this sale will attract a lot of interest from photography enthusiasts and collectors from across the world.”

The cameras will go on sale at McTear’s Auctioneers on Friday, 24th March.