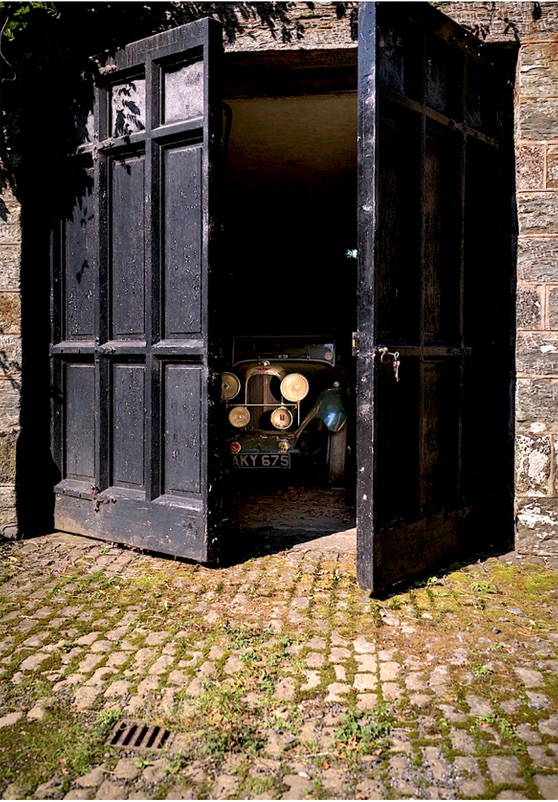 A barn find classic car looks set to rev up Bonhams‘ sale of the Harlech Collection.

The 1936 Lagonda Rapier 10hp Tourer has recently been uncovered from the coach house of Glyn Cywarch, the Baronial seat of the illustrious Harlech family. Unmoved for more than 30 years, the car appears to have been largely unaffected by the Gwynedd weather and is in surprisingly good condition. It is one of only 330 models ever made, and retains its exquisite Ranalah coachwork.

Lagonda returned, briefly, to the manufacture of light cars in 1934 with the production of the Rapier, but this foray lasted only four years. The short-lived British marque was highly sought after chiefly due to its powerful engine, the creation of Thomas ‘Tim’ Ashcroft, which was billed as ‘Britain’s finest 1,100cc engine.’ It was easily the highest revving car of its time, and was capable of up to 70mph. 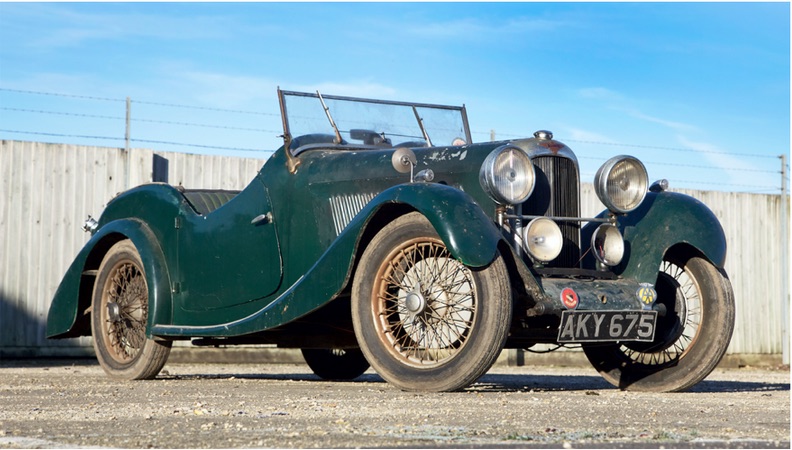 The Rapier was supplied without a body, which allowed buyers to select their own coachbuilders and create a bespoke motor car. The car originally retailed at £375, but is now estimated to reach £20,000 – 25,000 at auction. There is scope for restoration, but as patina is now widely considered a badge of honour amongst the motoring community, it may well be maintained in its current state. Either way, it will make a fantastic project for enthusiasts of this increasingly rare model.

Also discovered amongst the decades of dust was a 1925 Douglas 2¾hp Model CW motor cycle. The Bristol-based firm Douglas Foundry began production in 1907 and quickly began to enjoy successes in competitions such as the Junior TT in the Isle of Man, where 2¾hp machines had a clean sweep, being placed 1st, 2nd, 3rd and 4th. After further success in the 1914 Six Days Trial, Douglas was awarded the wartime contract for the supply of military machines. This post-Great War model is an example of their continued success, boasting rim brakes both front and rear, with an engine that still manages to turn over despite being more than 90 years old. It is presented with a charming patina, and is offered for re-commissioning or restoration (£3,500 – 4,500).

Both vehicles are being offered as part of Bonhams sale on Wednesday 29th March of more than 400 items from the Welsh family seat, currently owned by Jasset Ormsby Gore, 7th Baron Harlech. The sale is being held to raise funds for the restoration of the house, and will include a variety of important paintings, items of furniture and rare books.