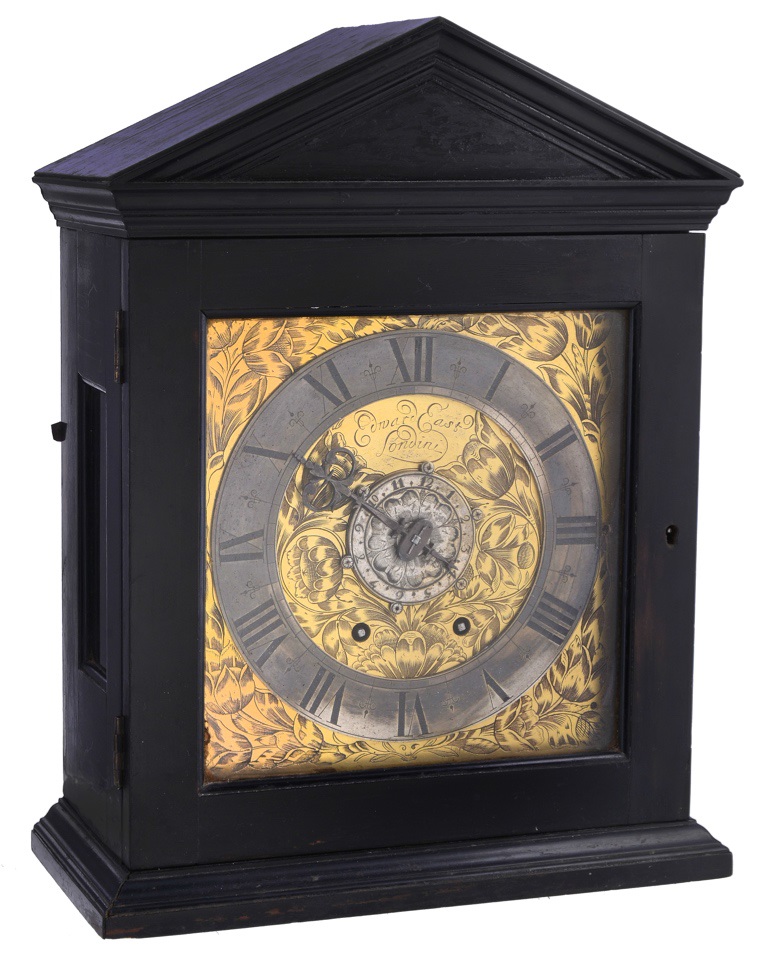 The highlights of the sale, comprised of 157 lots, will include an important early ebony spring pendulum timepiece with alarm by Edward East, circa 1660 (estimate of £50,000-70,000). This is one of the earliest known pendulum clocks, made by one of the most distinguished clockmakers of the time: Edward East (1602–1696). East was appointed as one of the first assistants of the Clockmakers’ Company, the world’s oldest surviving horological institution established by Royal Charter in 1631 during Charles I’s reign. East went on to become master of the Clockmakers’ Company before being appointed chief clockmaker to Charles II in November 1660. 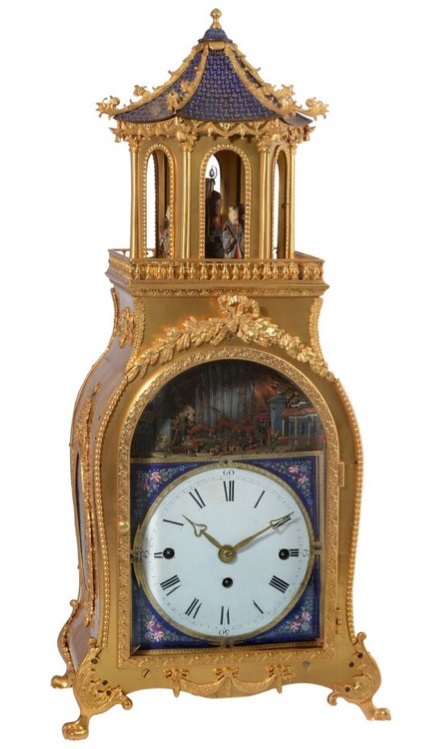 Another significant piece in the upcoming sale is an impressive Chinese Qing dynasty gilt bronze and enamel musical automaton table clock with an estimate of £60,000-90,000. The clock is a particularly impressive example of late 18th Century Chinese clock-making as it encapsulates both the mechanical and decorative qualities of the period and the culture from which it originates.

Mechanical clocks had a highly symbolic meaning in contemporary China and were an important commodity with regards to maintaining healthy trade relations between London and the Chinese Court. The appreciation of clocks in China at the time is highlighted by a poem by a Kangxi emperor titled, The Chanting of the Chiming Clock which includes the line: ‘Methods originating from the West, taught us with a keen heart…’

The sale also includes a striking Baroque walnut and parcel giltwood mercury wall barometer with twin thermometers (estimate £4,000 to £6,000) with provenance from Carlton Hobbs, New York and by repute formerly the property of renowned opera singer Maria Callas. The barometer has two separate winter and summer thermometers with individual weather observations in Latin.

Of the scientific instruments on offer, star lots are a fine Victorian Mahogany microscope slide cabinet containing a collection of specimens and microphotographs (estimate £1,500 – 2,500) and an early electric motorised gyroscope (estimate £1,200 -1,800).