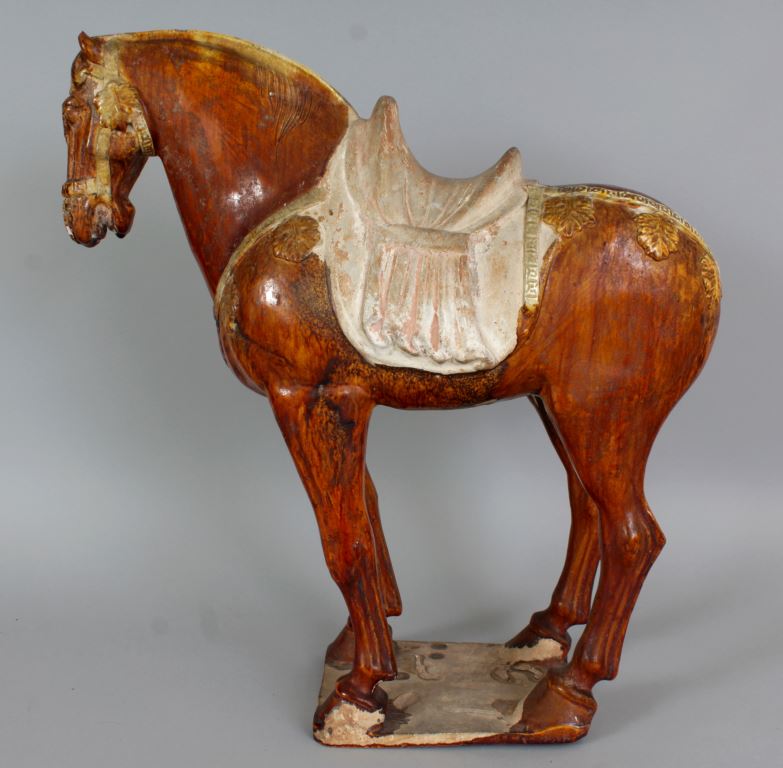 A remarkably preserved Chinese pottery horse that is over 1000 years old will be offered at John Nicholson’s auctioneers of Fernhurst’s Fine Oriental Works of Art sale later this month.

The Tang Dynasty (618-907) was responsible for the invention of gunpowder and woodblock printing, but also for a wide range of extraordinarily accomplished pottery tomb figures, particularly horses like this fine chestnut glazed example, but also people, camels and other subjects.

The 18 x 17in horse, complete with saddle, has an impressive pedigree, having reputedly been bought from a prominent Irish family in the 1960s by leading London dealers Marchant. It carries an estimate of £3000-5000. 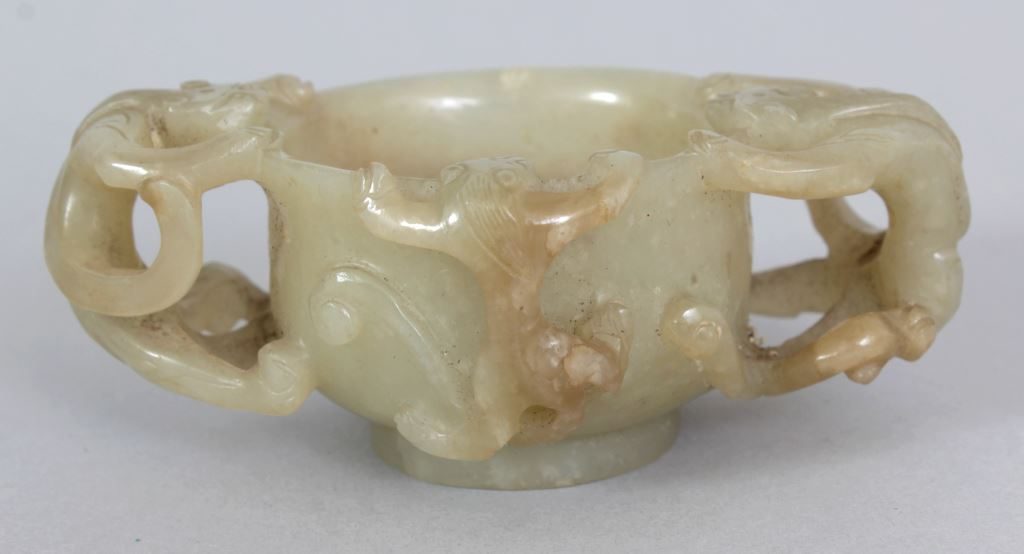 Other highlights include a fine quality 18th/19th century Chinese carved rhinoceros horn libation cup. At 6¼in long, it is expected to fetch £5000-8000. Elsewhere, a pair of 19th century Chinese famille rose porcelain garden seats, each 18¼in high, are guided at 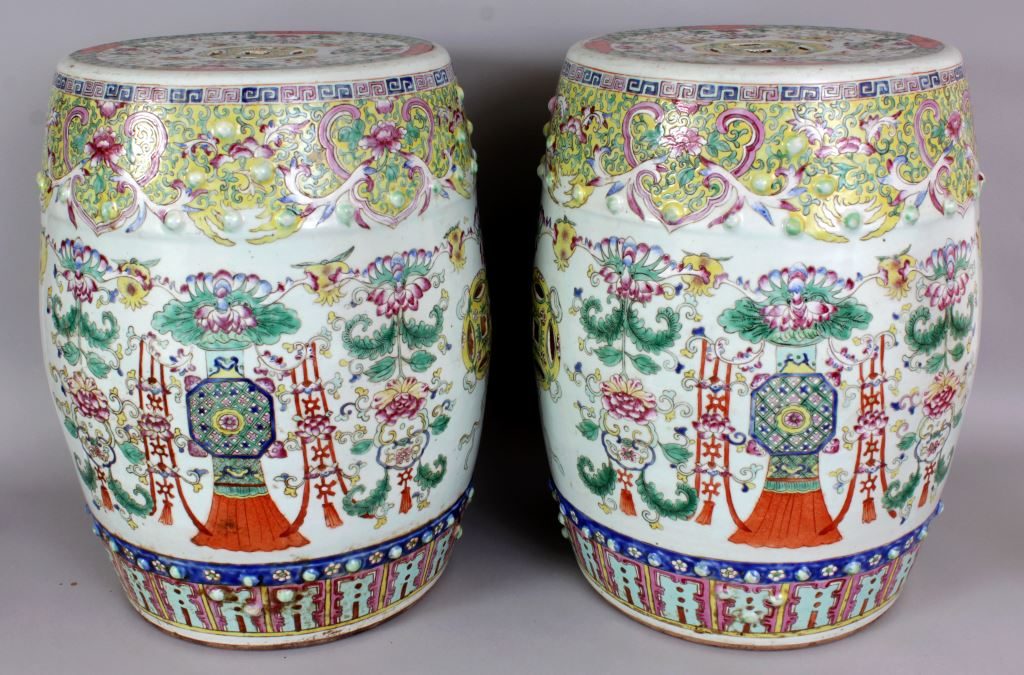 Japanese highlights start with a Meiji Period Shibayama gold lacquer and enamelled silver-metal vase, which has just emerged from a US vault after 60 years. Formerly part of a private collection, the 8¼in high vase is pitched at £1500-2500.

A striking Meiji Period Imperial Satsuma earthenware ewer and cover, the handle and spout modelled as a coiled dragon, caries the gilt signature and red and gilt artist’s seal to the base. At 10½in high including handle and spout, it should sell for £500-800.

One thought on “Chinese pottery horse saddles up for sale”