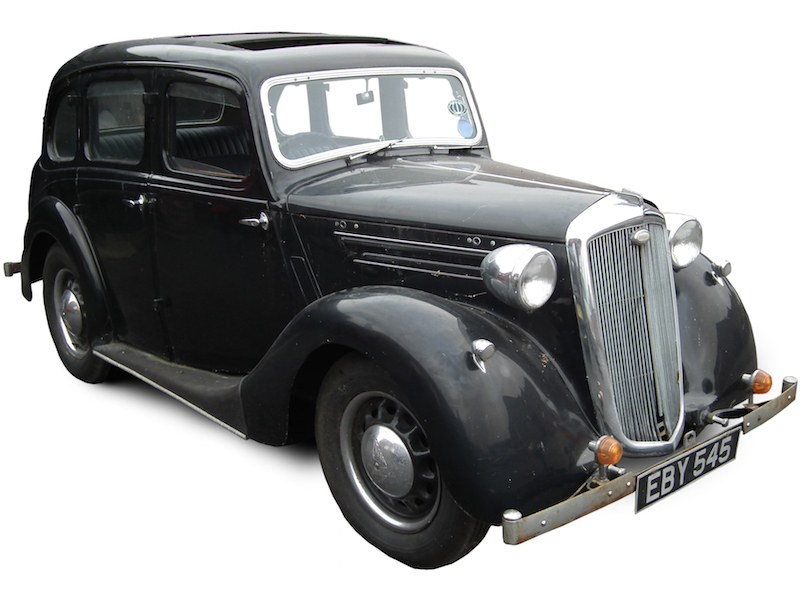 The cars, a 1939 Wolseley 10 saloon (sold for £3,600), a 1934 Austin 7 box saloon (£3,100) and a 1933 Morris Minor two-seat tourer (£2,200) had been found in the garden outside the Alsager home of two brothers. All were non-runners but restoration had been started by the two enthusiasts and each represented a splendid project ready for the Spring.

Biggest surprise, however, was a dismantled Triumph 500cc motorcycle, found in bits scattered throughout the house: wheels in the garage; frame in an outhouse; fuel tank in the coal shed and the dismantled engine in a corner of a room. It sold for £2,800 against an estimate of £500-1,000.

This was overshadowed, though, by a rare and largely restored 1914 Rover 500cc motorcycle, registration AM 3830, which sold on estimate for £9,000. Best known as carmakers, Rover developed motorcycles in the 1900s and a TT model won the works team award in 1913.

A scarce 1949 Scott Flying Squirrel, a water-cooled motorcycle with three-speed gearbox, with original maroon and black paint that had been owned by the same family until 2016, was estimated at £4,000-6,000, and sold for £7,400.“It was a brilliant sale and we were delighted with the results,” said auctioneer and Peter Wilson Managing Director, Robert Stones, inviting further entries of classic vehicles for future sales.