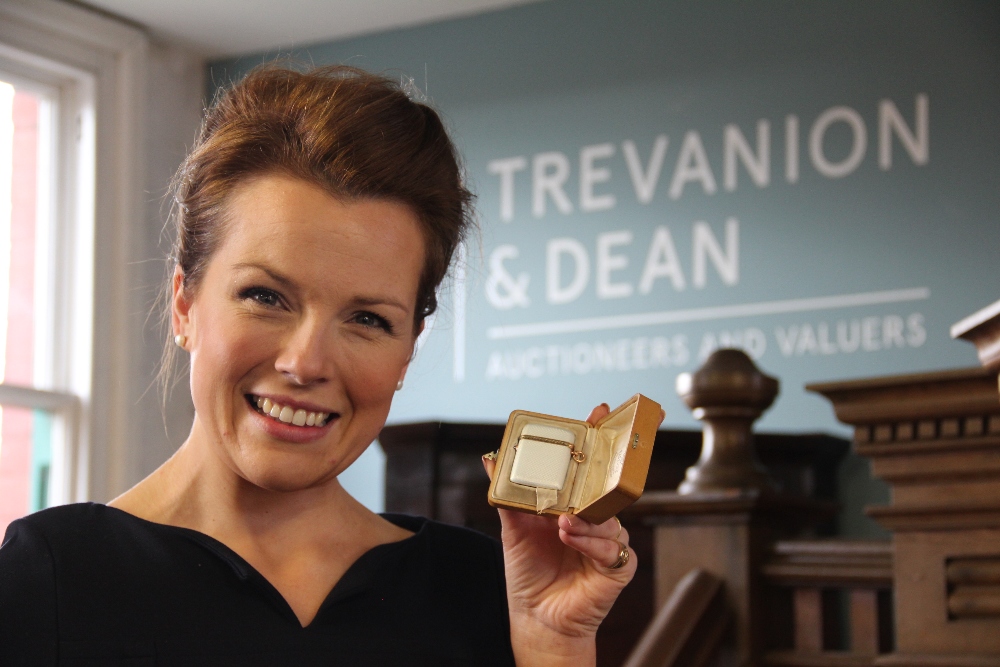 A tiny but exquisite Fabergé vesta case lit up the auction rooms of Shropshire’s Trevanion & Dean Auctioneers when the diminutive piece sold for £5,600.

Auctioneer Christina Trevanion said of the collection, “Over the last forty years Dr Cook has lovingly compiled his collection through purchases at regional and international auction houses, antique shops and fairs, it has been an absolute pleasure and a joy to catalogue the collection – and a real education!” 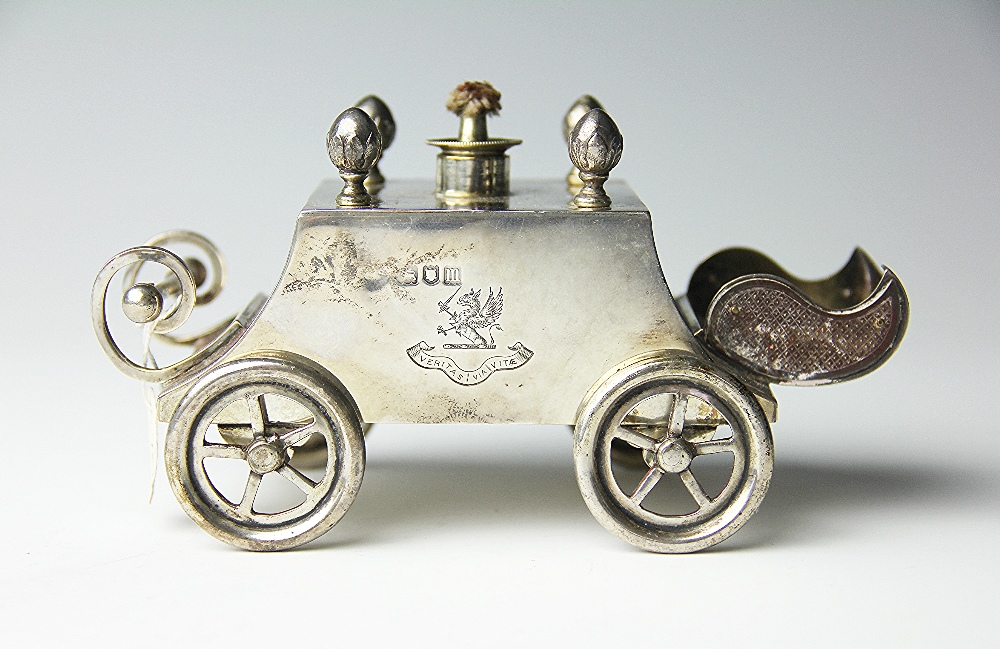 arly 1000 pieces that formed the collection encompassed all media: ceramic, wooden, metal, ivory and many others, but the section which caused the most excitement was the silver section. Highlights included a silver novelty table match box in the form of a palanquin (an Indian covered litter for a passenger carried on horizontal poles) dating to 1887, which sold to a London buyer for £900, swiftly followed by another novelty silver table lighter in the form of a carriage dating to 1907, which sold for £700. 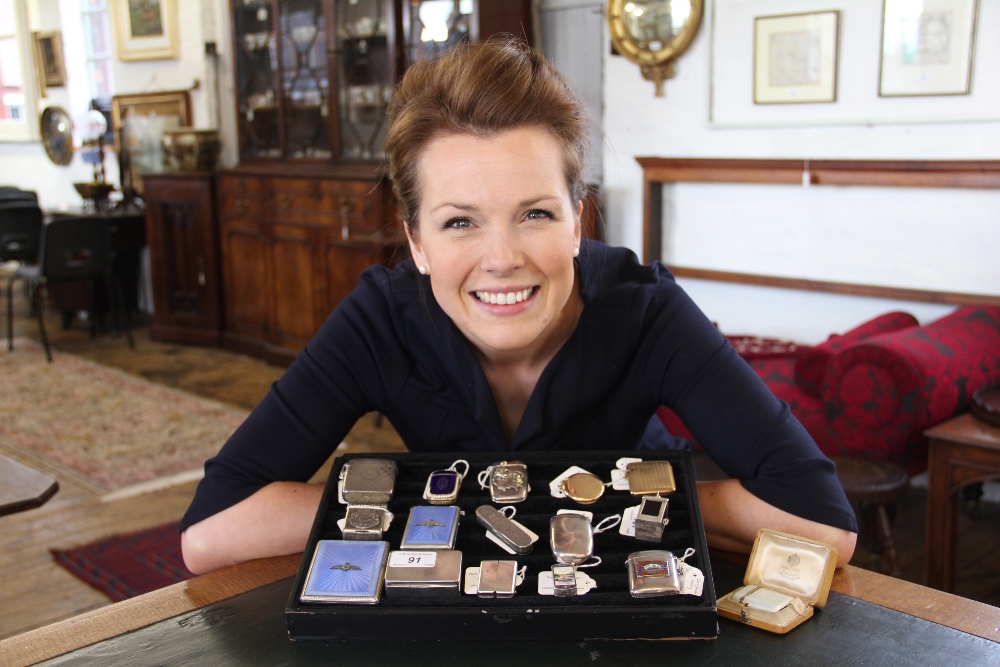 But the star of the day was the exquisite piece of Fabergé, said Catherine. “Dr Cook purchased the piece at a London Auction in 1985 for £557. I was quite conservative with my estimate because the piece has quite a substantial chip to the enamel, and enameling is notoriously difficult and costly to restore,” she explained. Despite this, the piece quickly eclipsed its £1000 estimate with the help of six telephone bidders, online bidders and room bidders before a determined private collector from New York secured it via telephone bid as a new addition for his collection. “Fabergé is always eternally popular at auction and commands high prices,” explained Christina, “It has this enduring reputation for exquisite quality and a very dedicated following. This was a simply stunning piece dating to 1900 and made even more special that it had its original box.”

Collections created the headlines at the auction with the vesta and strikers making in excess of £30,000. The were swiftly followed by a beautiful collection of mourning jewellery, compiled by a Shropshire lady.  Mourning jewellery has been around since at least the 16th century, but is widely associated with the Victorian era when mass production made it more affordable for everyone.  The trend reached its high point after the death of Prince Albert in 1861, when Queen Victoria as well as members of her court wore black clothing and matching mourning jewellery for decades. 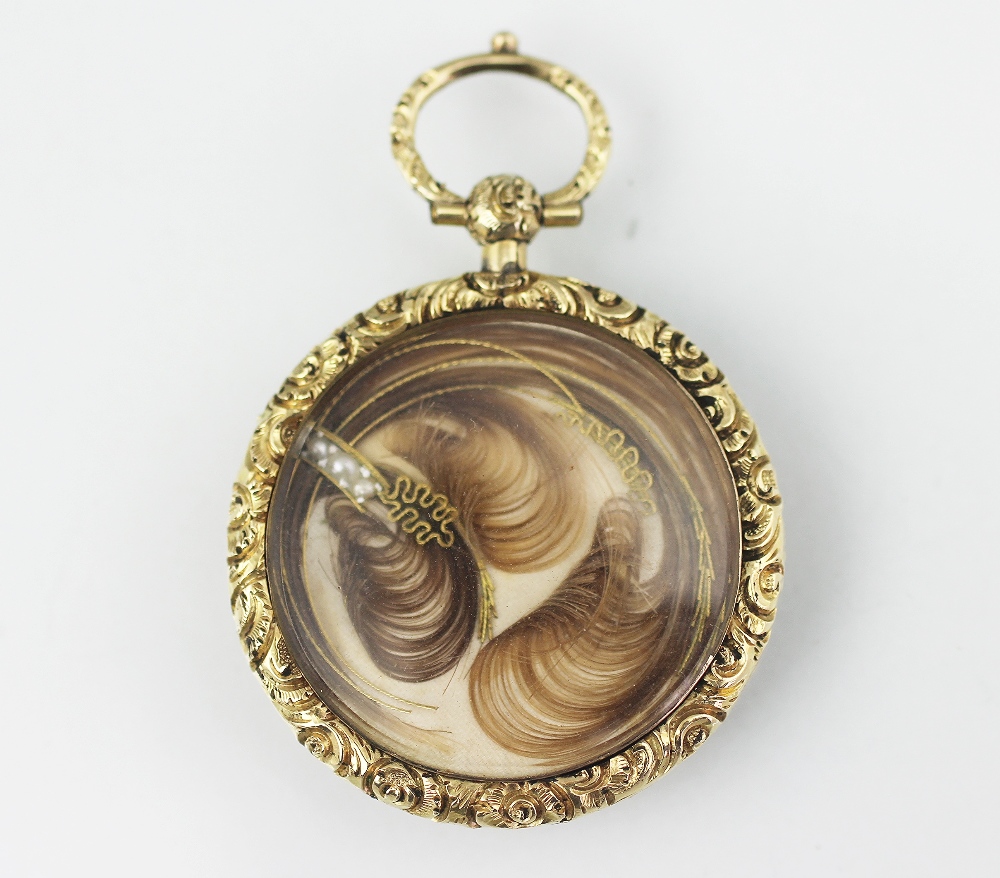 “This collection had been carefully assembled by the vendor who had pieces from the Georgian era to the mid 20th century’,” explained auctioneer Christina. “Some pieces are quite macabre, like chains woven from human hair, which seems quite extraordinary to us today, but was commonplace in the Victorian era. The piece which really struck a chord with me was a little locket enclosing three curls of hair and engraved with the names of three children who died aged 3, 5 and 10 in the great Cholera epidemic of 1858. It must have been a very treasured piece to the person who commissioned and wore it. As a mother myself, I found it very emotional cataloguing this piece.” The collection proved incredibly popular and sold for in excess of £20,000, much to the delight of the sellers. 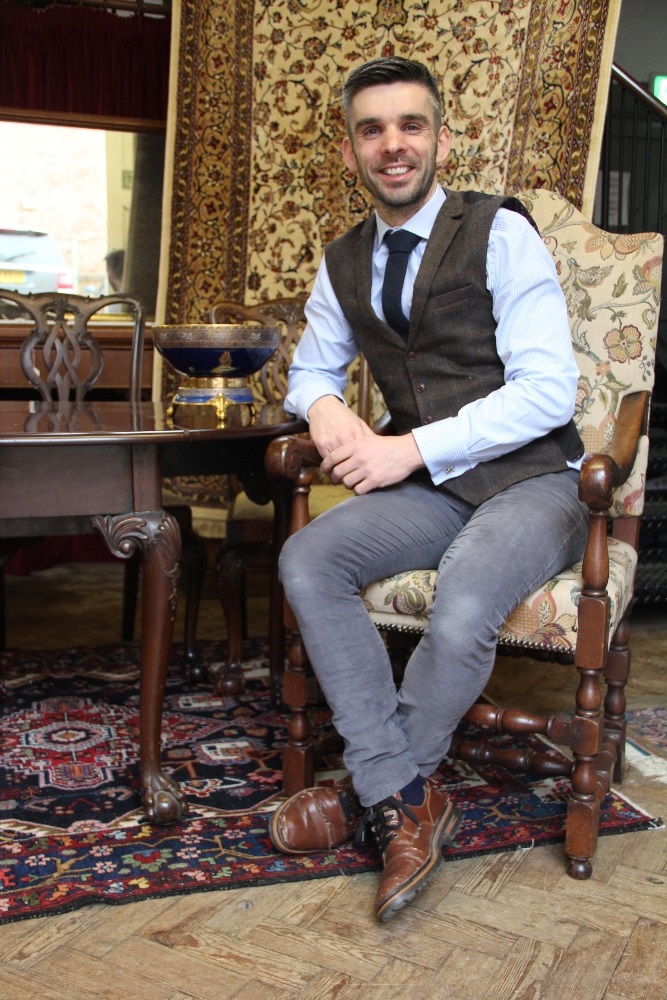 Another collection that sold on the day was formed of fifty lots of toys belonging to a late Shropshire collector and being sold by his family. The collection, including Corgi Classic vehicles, along with Hornby, Bachmann and Lima trains, realised over £10,000. “Toys and collectors vehicles continue to perform well in the auction market,” explained auctioneer Aaron Dean.

Trevanion and Dean also recorded buoyant sale results within their furniture section as a George III architect’s desk sold for £1,300, swiftly followed by a George II style salon settee from a local country house which sold for £800. “We have a very dedicated following in our furniture auctions which always creates a great buzz at the auction,” explained Aaron. “It’s great to see a new generation at the saleroom who clearly see the benefits of using antiques to furnish their homes and of buying through auction.”