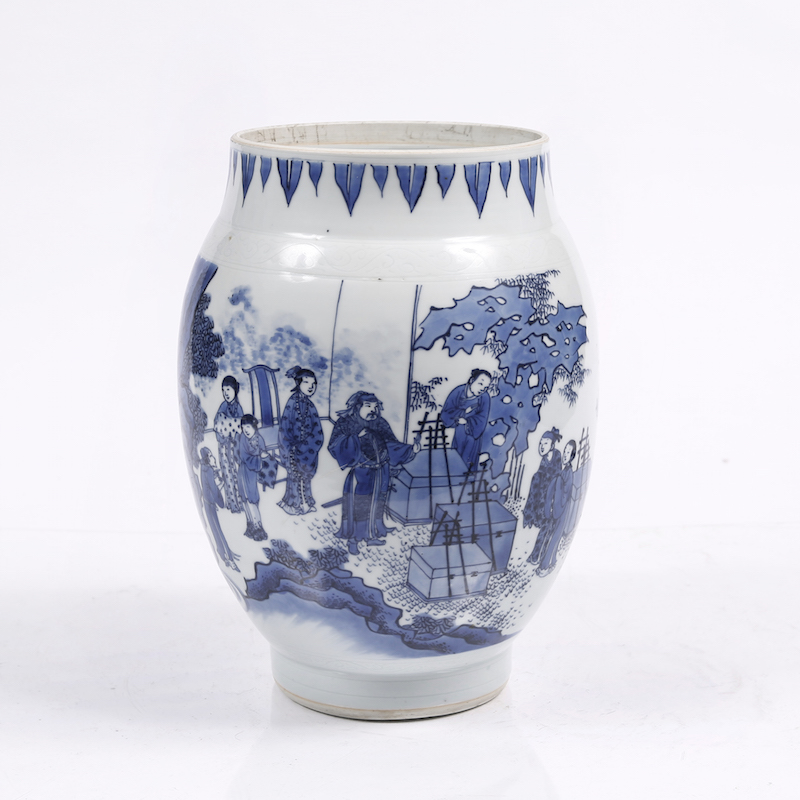 Oxfordshire auctioneers Mallams‘ recent two-day Asian Art sale yielded some strong results, including lot 8, a Chinese blue and white vase dating back to the Transitional period (right), which sold for over 18 times its lower estimate of £2000 to sell online for an impressive £36,000.

The vase had been spotted at the home of a local man who had asked valuers from the auction house to look at an oak dresser in his property. 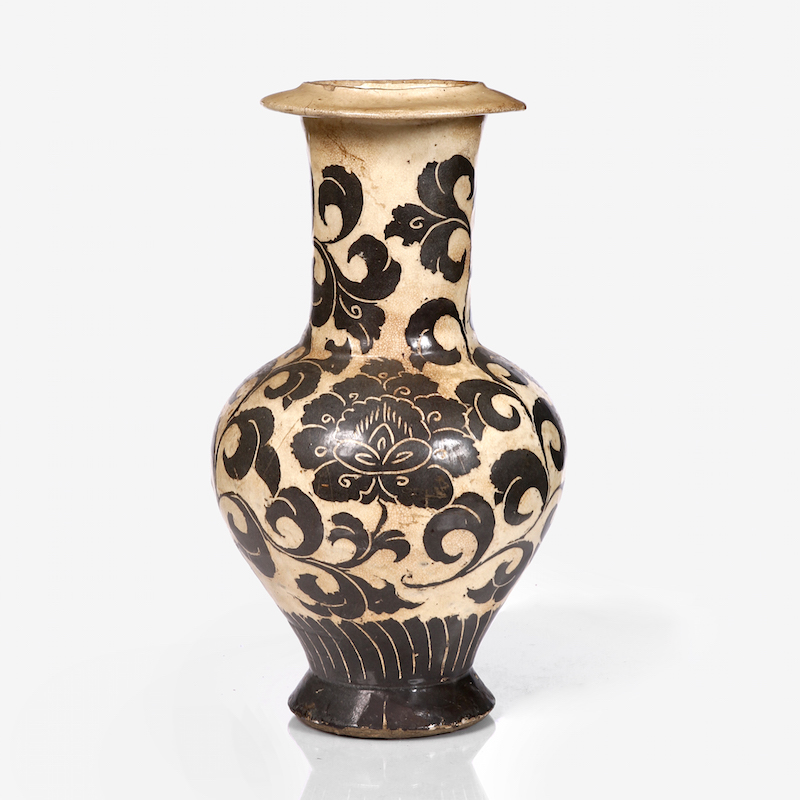 Elsewhere in the sale, a Chinese Chizou vase (left), dating from the Song Dynasty, was not in the best condition but came with a good provenance from a local Gloucestershire estate. The vase had a pre-sale estimate of just £200 -£300, but a fiercely contested battle between bidders on the phone and in the room eventually saw it sell for £32,000. The buyer was in the room and had flown in especially for the sale. Also from the same estate was an Chinese Imperial yellow saucer dish with Jiajing mark (1522-1566) that sold for £8500. 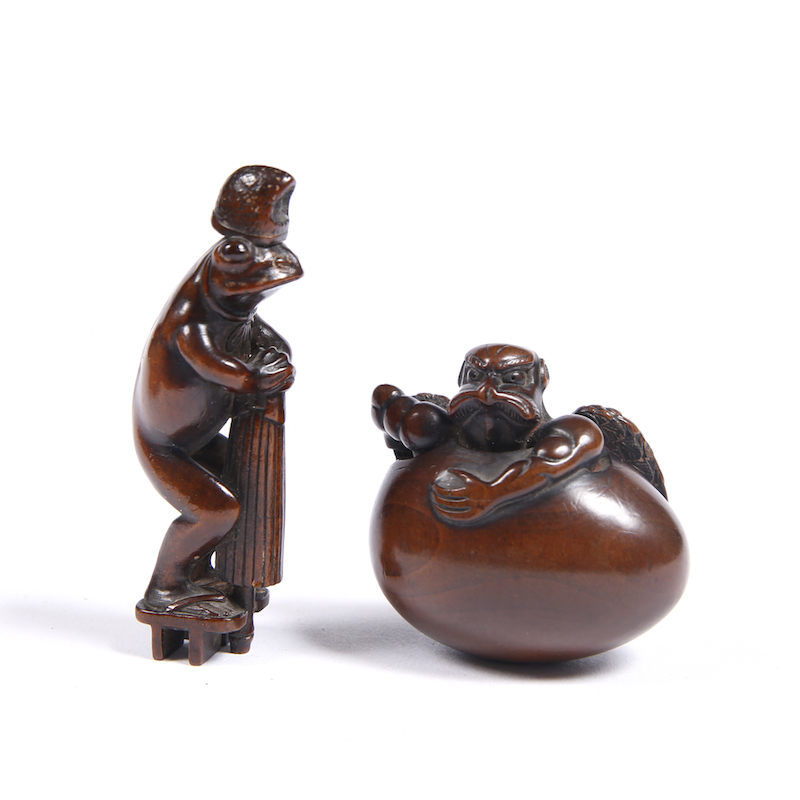 A set of four Chinese scrolls secured aother impressive result. Purchased by the vendor’s father at Sotheby’s during the 1970s, they were dated to the 18th/19thCentury, but with no attribution they were conservatively estimated at £2000-3000. However, they quickly passed their low estimate to sell to a phone bidder for £32,000.

Top result for the second day went to two Japanese wood netsuke (right). Estimated at only £150-200 they sold to a phone bidder for £7000. An identical netsuke in ivory by Mitsuihiro is in the Baur Collection in Geneva, Switzerland.