Dominic Winter Auctioneers‘ Military sale next week will include a good selection of edged weapons, militaria and medals, including a late 18th century flintlock blunderbuss by William Richards with an estimate of £800-£1200.

Elsewhere, there is a WWI Bavarian ersatz pickelhaube in remarkable condition (Est. £400-600), and an Edwardian Scottish Dirk (Sgian Dubh), which belonged to The Honourable E.O. Campbell. Campbell served with the Seaforth Highlanders and was awarded the Distinguished Service Order on 25 April 1915 and later in 1918 a Second Award Bar. He died of a cerebral haemorrhage one day after receiving 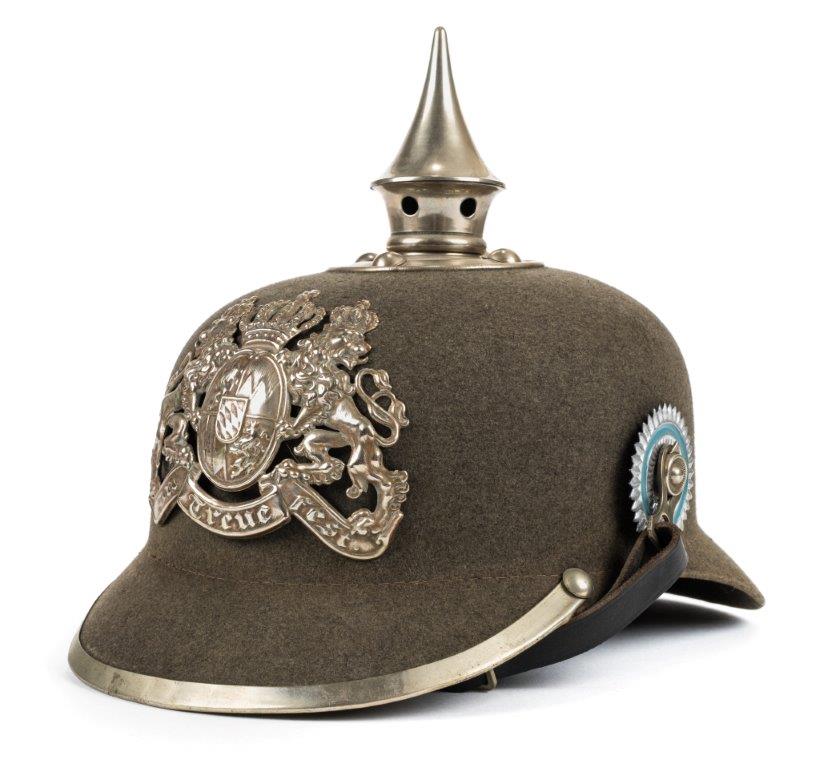 his DSO Bar. The lot includes a portrait photograph and some correspondence (Est. £500-800).

There are also 82 medal lots in the sale, including a large collection of Masonic memorabilia, Russian and German medals, plus a good selection of British awards, including a WWI DCM group to Corporal C. Smith, Royal Army Medical Corps ‘For conspicuous gallantry and devotion to duty when a shelter containing wounded was being shelled he displayed great courage.’ Smith carried out the wounded before he himself was buried and wounded when the shelter was blown in (Est. £1000-1500)

The final lot in the sale is a fine family group to Vice Admiral Alfred Headley Norman (1881-1973) and his son Lieutenant Commander Edward Dudley Norman, both men having had a hugely successful career in the Royal Navy. 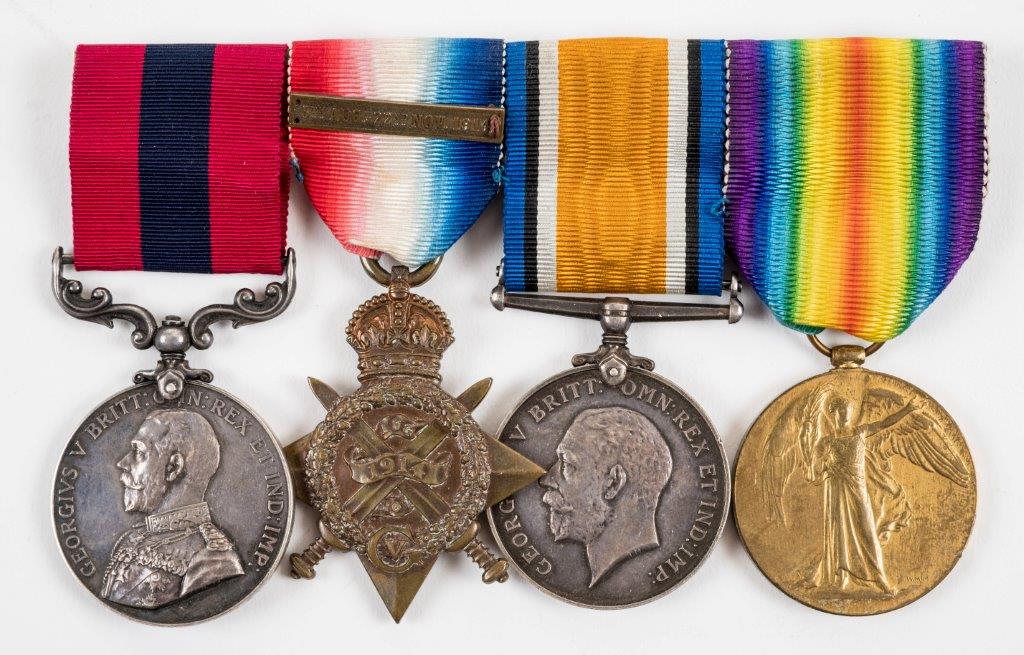 Vice Admiral A.H. Norman was in command of HMS Marlborough an ‘Iron Duke’ class Battleship during the Battle of Jutland on 31 May 1916. The ship was hit by a torpedo which killed two of the crew.

His son Lt Cdr E.D. Norman, DSO, DSC (1910-1998) commanded six submarines during WWII, his first being HMS H44 from March 1940. H44 carried out several patrols in the North Sea and sank enemy ships off the Norwegian coast (for which Norman was awarded the Distinguished Service Cross). He then took command of HMS Upright in the Malta based flotilla, later dubbed “The Fighting Tenth” and on 23 February 1941 sank the merchant ship Silvia Tripcovich near Kerkenah Bank. Two days later he sank the Italian cruiser Armando Diaz, receiving his Distinguished Service Order for this action. The lot includes a large archive of original photographs, certificates and documents (Est. £10,000-15,000).

The sale takes place on May 12.