Works by the artist and potter Mary Wondrausch, who died aged 93 on Boxing Day last year, attracted local and international collectors at the recent Surrey sale by Ewbank’s. 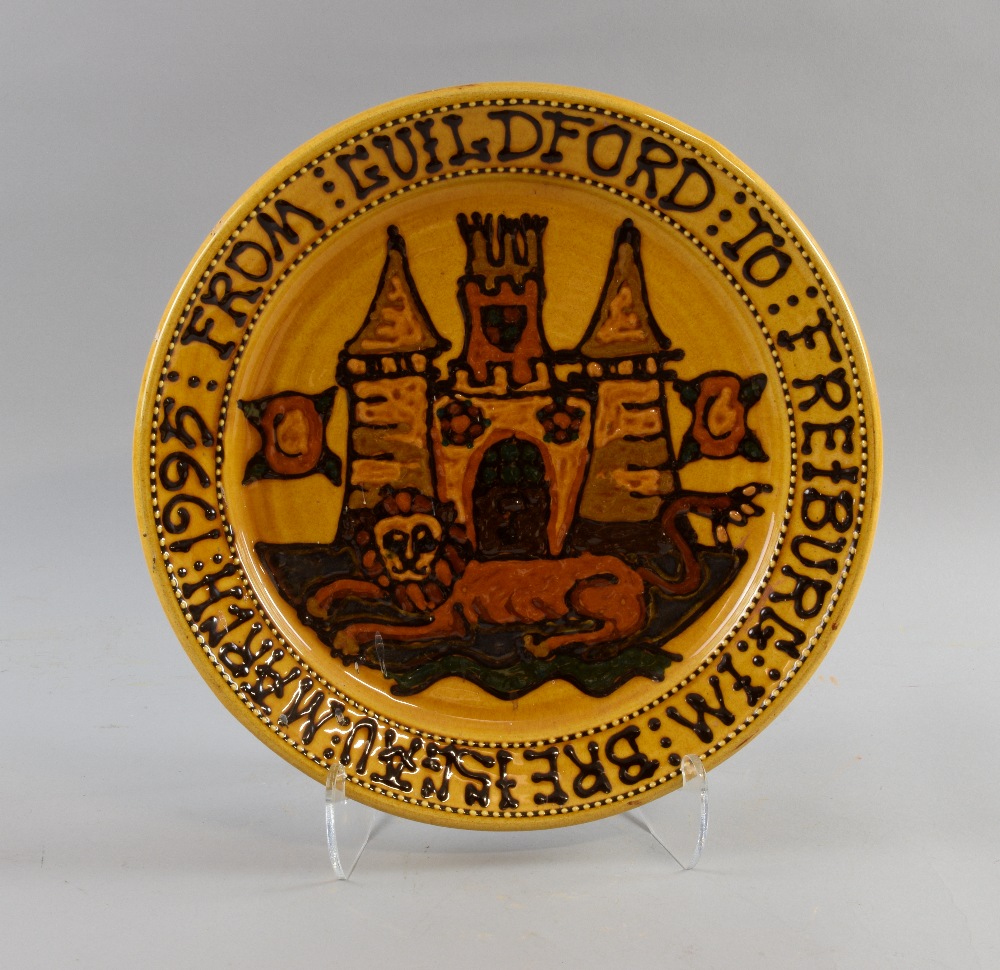 The special sale of the artist’s studio and home took place only a few miles from where she lived in Compton, and included examples of her globally-renowned slip-decorated earthenware and paintings.

Wondrausch is especially well-known for her slip-decorated earthenware, some of which is held at the Victoria and Albert Museum in London, and in a myriad of private collections all over the world. She specialised in commemorative wares, for events such as the Queen’s Silver Jubilee in 1977, for which she sold ceramics to both Harrods and Liberty of London.

These commemorative pieces proved popular with buyers at the auction with final prices soaring above pre-sale estimates.

One of the lots sold was a charger decorated to celebrate the marriage of rock legend Sting, and his wife Trudie. It had a conservative estimate of between £50 and £80 but had a final premium inclusive price of £215. It was bought by a representative of Sting and will go back to him and his wife.

A ‘twin-town’ charger recording the twinning of Guildford and Freiburg, depicting the castle and a lion, sold for £165.

Despite being now known predominantly for her pottery, Wondrausch was an accomplished painter. In her early career, she created large abstract oil and acrylic  paintings, and more recently she turned again to concentrate on her painting.

More than 150 lots of her paintings were in the sale, including a gouache (33cm by 90cm) of  jugs on a window sill looking out to a sandy beach with a fort in the distance, entitled ‘The Vauban Fort’. It had a final hammer price of £698, above a pre-sale estimate of between £350 and £550. The piece had been one of her favourites and hung prominently in her home.

Another signed gouache painting, this time of her garden at Brickfields in summer, sold for £685.

Items of furniture from her house, which were distinctively hand-painted by her in Bloomsbury style, were also on sale. A formerly built-in cupboard front with six painted panels sold for £533.

Chris Ewbank, senior partner and auctioneer, said: “We were delighted with how the sale went. It created huge local interest with over 95 per cent of the lots sold, and an auction total of £70,000. Local and international collectors were keen to procure a piece of this extraordinary artist’s work, straight from her studio.”