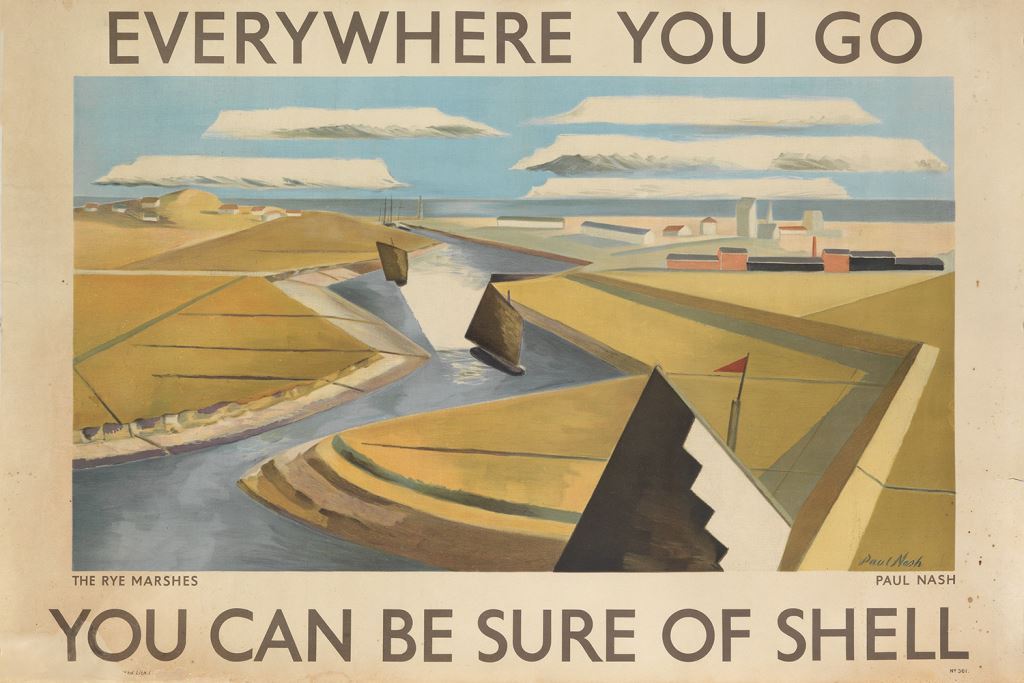 Known for his work from both World Wars, as well as his Surrealist art, Nash was one of the leading artists involved in the ground-breaking advertising campaigns for Shell oil in the 1920s and ’30s, masterminded by John Betjeman and his boss in the Shell PR department, Jack Beddington. 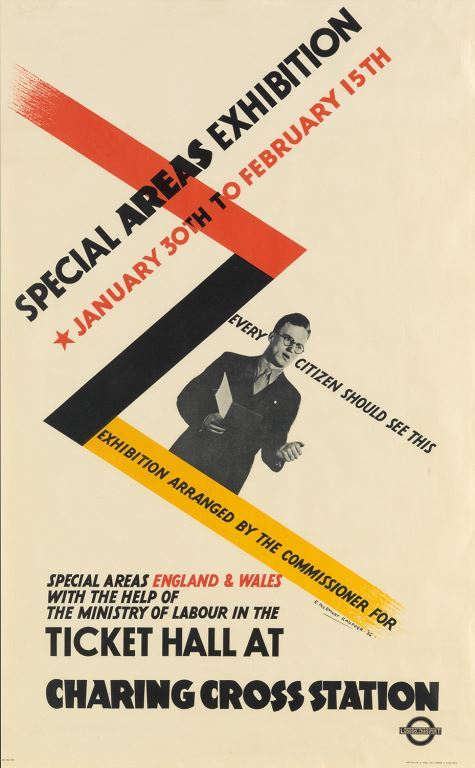 McKnight Kauffer also designed a poster for London Transport for the Special Areas Exhibition / Charing Cross Station of 1936, set up to draw attention to areas of industrial decline and what the government was doing about the problem. The London Transport Museum retains a copy of this poster in its archive. Another example will appear in this sale with an estimate of $1,500 to $2,000 (£1160 to £1540)

The sale will also include posters by Michael English, the illustrator famous for his 1960s work with the like of Jimi Hendrix, his 1970s and ’80s hyper-realist paintings, and the creation of the design company Hapshash and the Coloured Coat with Nigel Waymouth, which pioneered psychedelic poster design.

The sale takes place on 25 May.