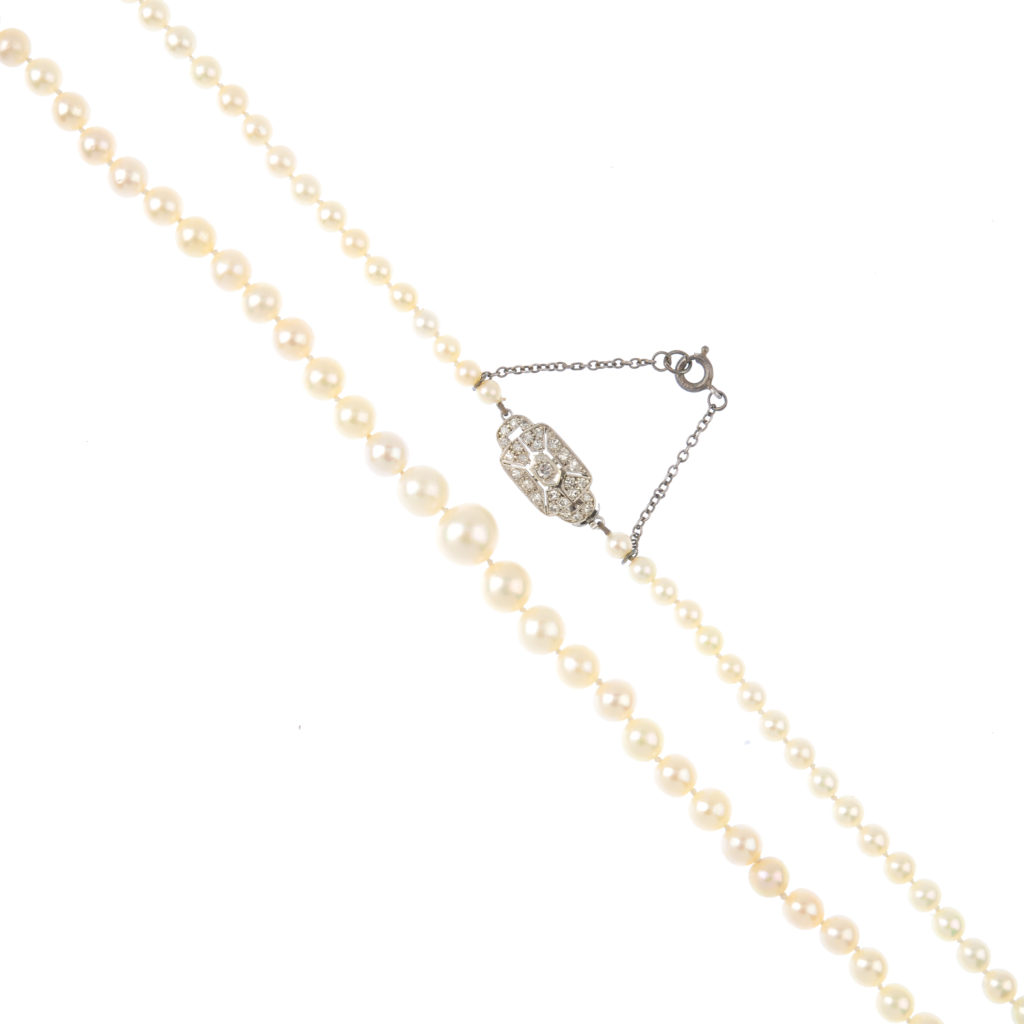 Fellows‘ recent Antique & Modern Jewellery got off to a roaring success, with the first lot selling for an impressive hammer price of £20,000. A single-strand necklace, it is comprised of eighty-three graduated, natural pearls. Originally valued at £500-700, this piece piqued the interest of bidders online, on the phone and in the room. A bidding war ensued, with the piece eventually being sold to a customer online.

Another pearl piece that garnered a lot of attention was Lot 41, a pair of earrings. It sold for a hammer of £7,900.

Another lot that surpassed all expectations was an emerald and diamond necklace, which went under the hammer for £20,000. The necklace featured a central emerald cabochon, weighing approximately 10.80cts, and the piece was accompanied by a report stating the gemstone’s Colombian origin.

An interesting ring that went under the hammer was created by Tiffany & Co. and modeled as a seashell. It attracted a lot of attention both before the sale, on social media, and during the bidding itself, finally selling for £3,900 to an absentee bidder.