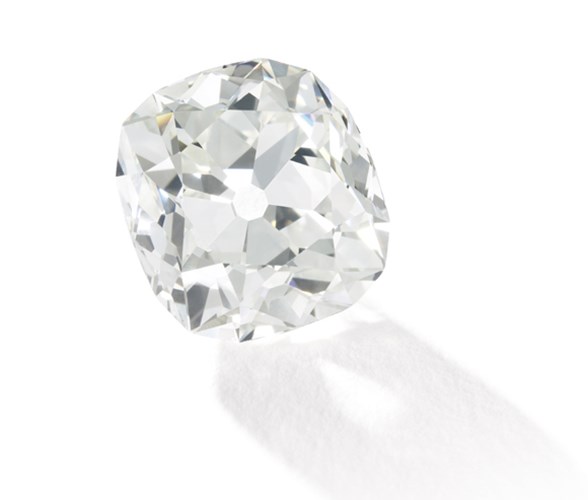 The owner of the ring was encouraged by a jeweller to have it valued, after discovering it was a 19th century diamond. She had bought the ring over 30 years ago at a car boot sale held at the West Middlesex Hospital in west London.

Sotheby’s identified the claw-set 26.27ct cushion-shaped diamond ring as a genuine article. The listing for the item in the sale catalogue says, ‘It was only in the past few months that the owner decided to see if the ring had any value and asked Sotheby’s to appraise it. Much to the owner’s surprise, the ring turned out to be genuine.’

Head of Sotheby’s London jewellery department Jessica Wyndham said the owner had not realised it was a real diamond, as it lacked the distinctive sparkle. However, the sparkle was missing because the diamond had been cut in an old style, which means the light does not reflect like it does from a modern stone.

The diamond has a colour grade of I and impressive clarity grade of VVS2. The Sotheby’s London’s Fine Jewels sale takes place on July 7.