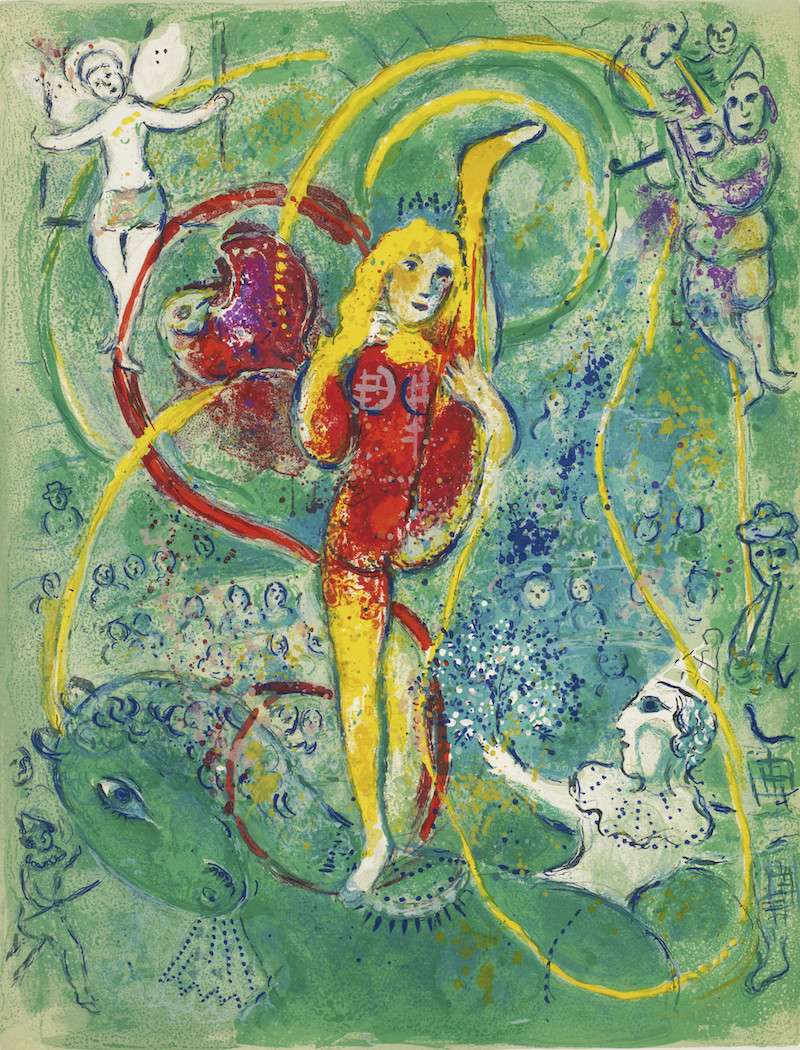 Cirque was printed in an edition of 250 in 1967, but the idea for the series had first been proposed in the mid-1930s by Chagall’s art dealer Ambrose Vollard, (whose name is immortalised in the Vollard Suite, the 100 lithographs which he commissioned from Picasso). Vollard shared Chagall’s passion for the circus, and often invited the painter to share his box at the Cirque d’Hiver in Paris.

Chagall’s fascination with the circus and its performers dates from his childhood in pre-revolutionary Vitebsk (then part of the Russian Empire; now in Belarus). He saw a destitute man and his young children perform a handful of clumsy, acrobatic stunts. The public walked by unimpressed, and in later life Chagall always remembered the sad scene of the family trudging away, unappreciated and empty-handed. “It seemed as if I’d been the one bowing up there”, he said, identifying himself with the father, while also connecting artists and circus performers as kindred spirits on the edge of society.

Bonhams Director of Prints, Lucia Tro Santafe, said, “Cirque is one of the peaks of Chagall’s printmaking achievements. With its outlandish costumes and feats, the circus provided an ideal setting for Chagall to create the dreamlike compositions for which he’s famous. As he put it himself in the text accompanying Cirque, “for me, a circus is a magic show that appears and disappears… [In it], I can move towards new horizons”.

The sale takes place on June 27.

We’ve picked out a selection of Chagall’s colourful lithographs that are included in the sale. 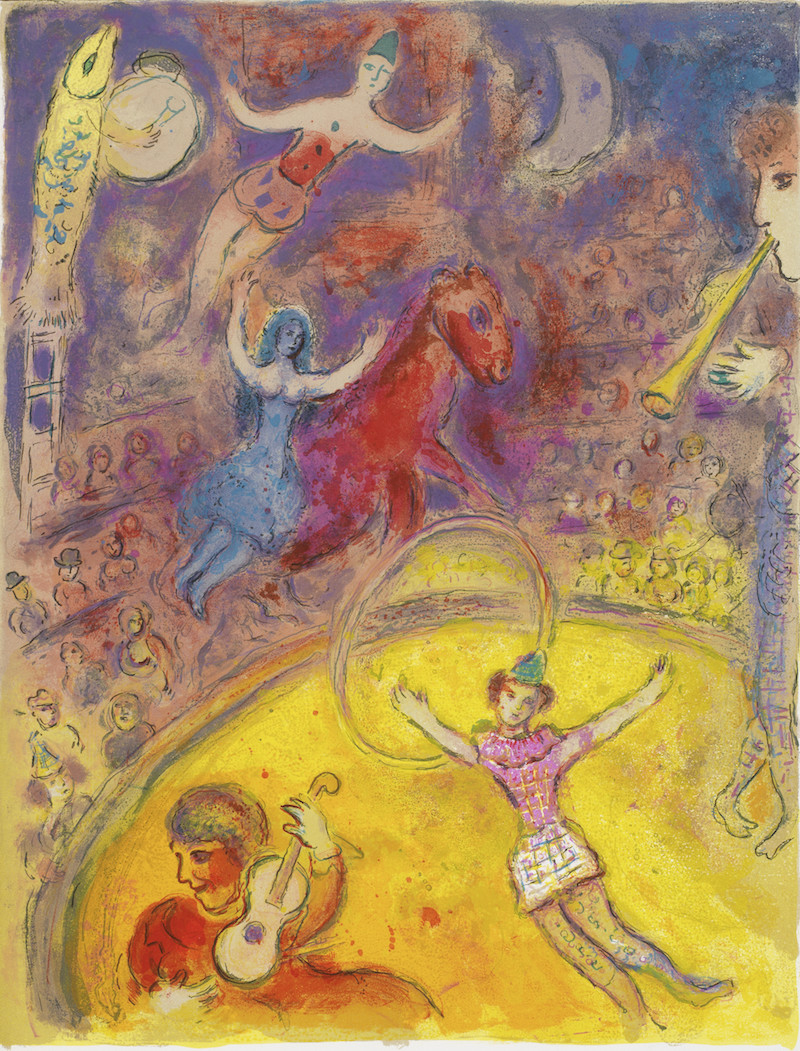 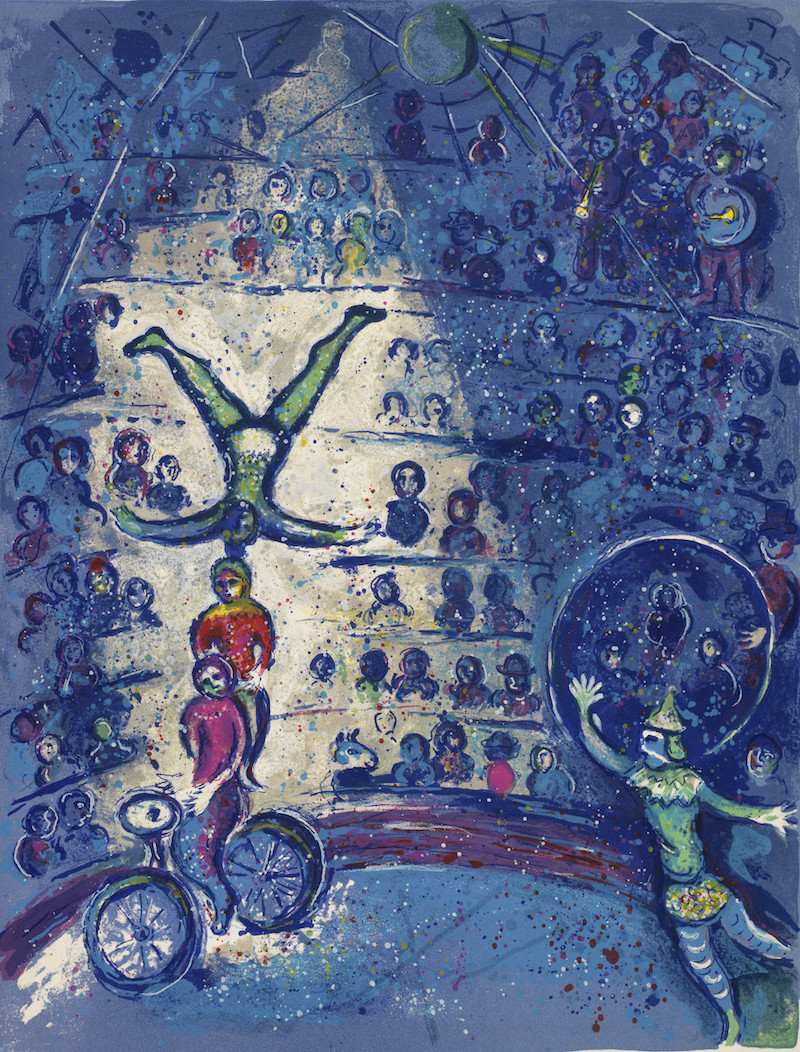 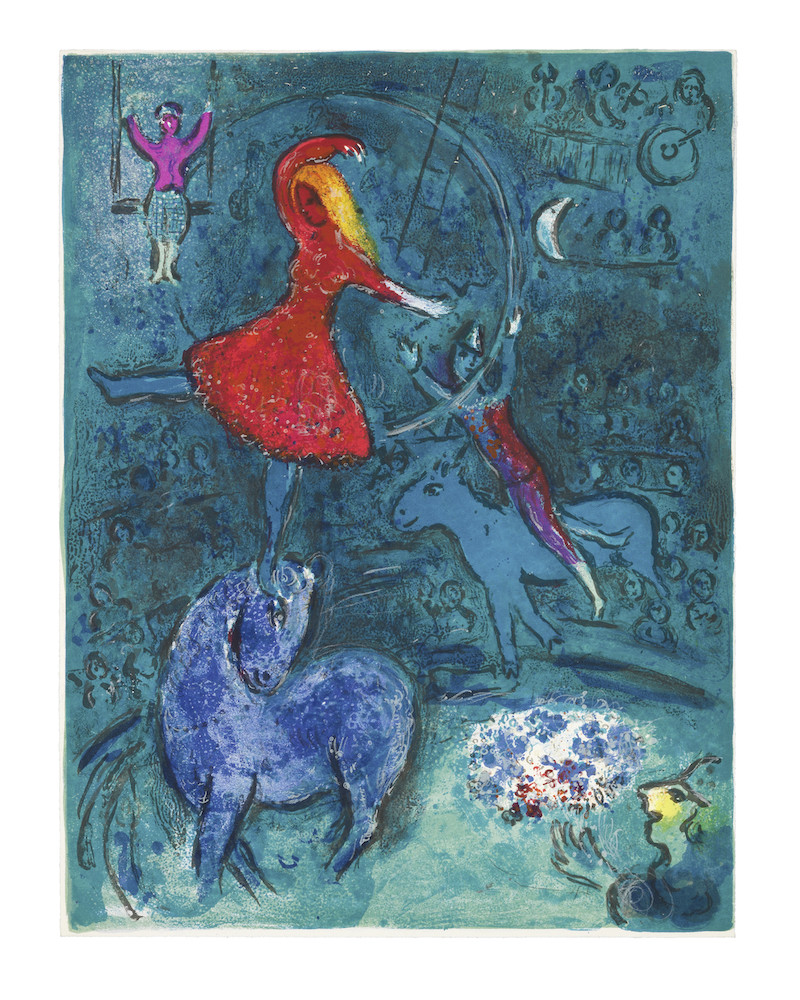