The autographs of stars, ranging from Frank Sinatra and Bing Crosby to Cilla Black and Peter Sellers, are all part of a collection going under the hammer in Wolverhampton tomorrow. 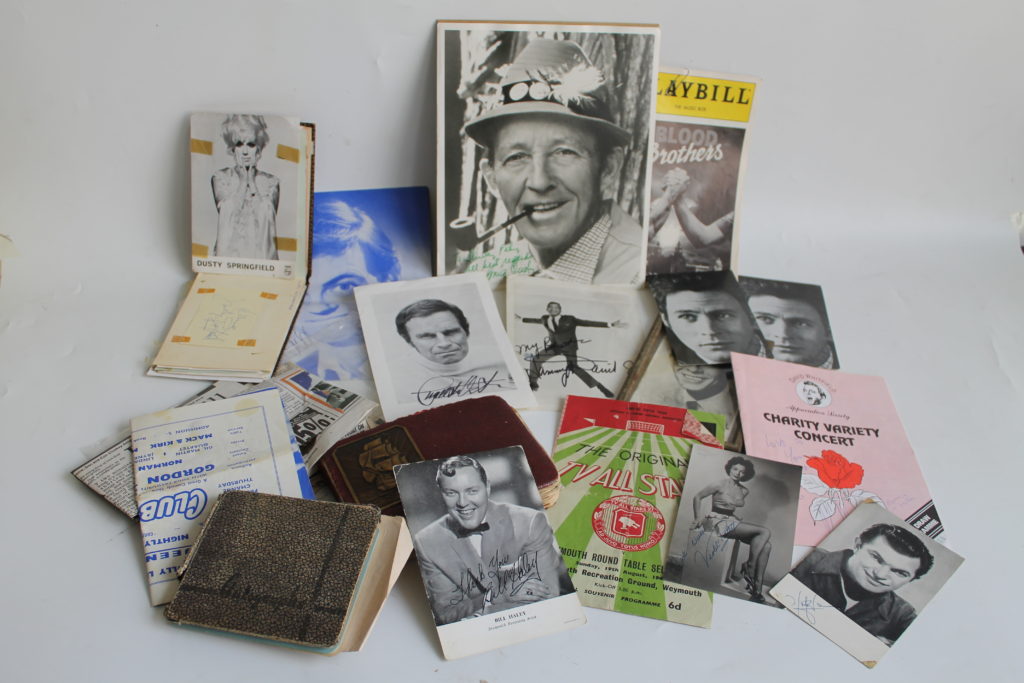 As such, most of the celebrity autographs are made out ‘To Shirley’ on the various photographs, programmes, postcards and tickets. Collected mainly in person at the stage door, famous signatures include Frank Sinatra, Bing Crosby, Dusty Springfield, Billy Eckstine, The Hollies, Billy J. Kramer, Cilla Black, Gene Pitney, Johnnie Ray, Andy Williams, Peter Sellers, Charlton Heston – and many more.

While Shirley did meet ‘Old Blue Eyes’ and many others in person, a few autographs – including those of Sammy Davis Jr and Roy Orbison – were posted from the US.

The lot also includes a copy of newspaper cutting from the Express & Star, in which Shirley can be seen in a crowd outside the Gaumont Cinema in Wolverhampton, enthusiastically trying to catch the attention of her favourite performer, David Whitfield. Shirley was successful in her quest, and a signed photograph of David collected on the evening is included in the lot.

Shirley passed away in 2012, and the collection is being sold by her daughter, Kerry John, who said, “I am hugely proud of mum’s collection – it was a real labour of love and compiling it and looking back at the memories gave her a lot of pleasure over the years. It gives a fascinating glimpse into a time when Wolverhampton regularly played host to these huge, global stars. We’re in the process of downsizing, so feel that now is the time for it to be sold on to another enthusiast who I hope will get just as much enjoyment from owning it.”