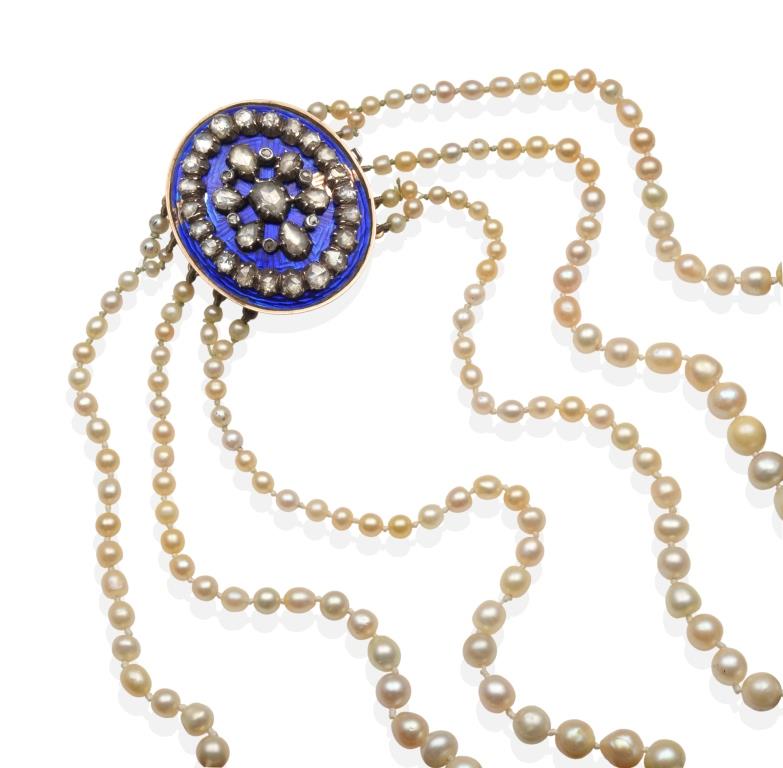 The triple strand pearl necklace with a diamond set blue enamel clasp, which has an estimate of £15,000-£18,000) was reputedly once the property of the Empress of Abyssinia, wife of Haile Selassie. It is comprised of natural saltwater pearls and cultured pearls, and was purchased by the family of the vendor in 1942 from Fisher Court Jewellers.

In a range of interesting lots from the East include, the Chinese Painted Pottery Model of a Horse, Tang Dynasty (618-906AD), stands with one leg raised and with saddle and cold painted decoration. The horse is offered with an Oxford authentication certificate and has an estimate of £2,000-3,000.

Other highlights in the sale include a pair of Chinese Porcelain ‘Dragon’ Bowls, with Guangxu marks (Estimate: £700-1,000). The bowls have passed by descent from Elizabeth Shield, who was a companion to Lucie Cable Castleman of Illinois on her travels in Europe and the Far East in the 1880s and 1900s. Castleman (b.1849) was the daughter of one of the founders of the Rock Island Railroad, and was a wealthy woman in her own right

The sale will be split over two days, starting on July 15.