One of the world’s first examples of the ‘selfie’ has sold at Sotheby’s Contemporary Art Evening Auction for an impressive £6 million. The self-portrait by Andy Warhol, one of the first in a series created by the artist, was made using images snapped in a photo-booth in New York. It’s the first time the work has appeared at auction, 30 years after Warhol’s death in 1987. 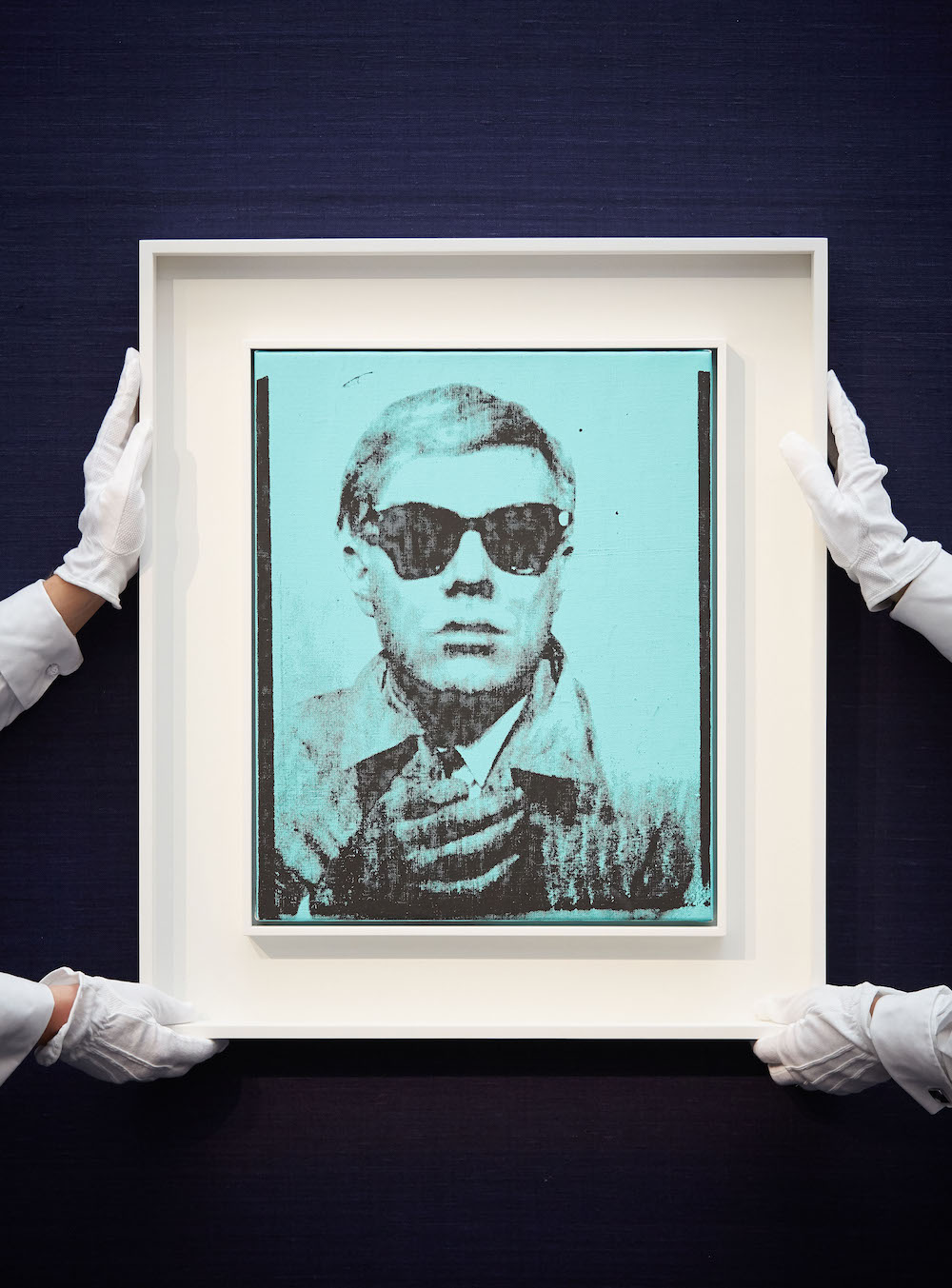 James Sevier, senior specialist, contemporary art at Sotheby’s commented, “In the age of Instagram, Warhol’s fabled prediction that ‘in the future, everyone will be world-famous for 15 minutes’ has never felt more prophetic. and the artist’s self-portraits – created using a strip of photographs taken in a New York dime store photo-booth – have never felt more relevant to contemporary culture.”

By using a strip of photos, Warhol effectively created his first-ever selfie, and the use of such unconventional source material was, at the time, fiercely innovative, adding to the aura of technical invention that already surrounded the artist.

Warhol had previously used the same photo-booth medium to create an extraordinary portrait of the famous New York collector Ethel Scull. The resultant painting is now one of the most celebrated works of Warhol’s early career, jointly owned by the Whitney Museum of American Art and the Metropolitan Museum of Art, New York.

The work represents Warhol’s desire to turn himself into a constructed fiction and an icon, as identifiable as Elvis or Marilyn. In 1967, he stated, “If you want to know about Andy Warhol, then just look at the surface of my pictures, my movies and me and there I am: there’s nothing in between.”