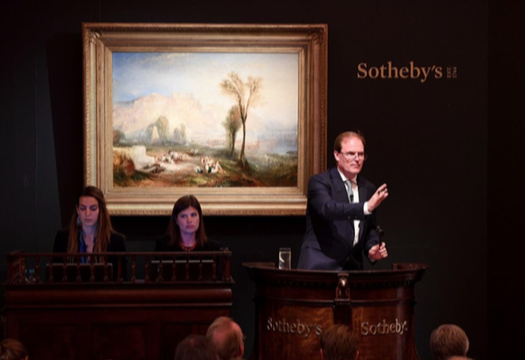 Sotheby’s recent sale of Old Masters realised more than £52 million at its evening sale, a substantial increase on both London sales from last year.

The sale was led by J.M.W Turner’s Ehrenbreitstein, which sold for £18.5 million, the highest price paid for an Old Master painting at Sotheby’s London since the sale of the artist’s Rome, From Mount Aventine for a record £30 million in 2014.

The sale also offered ten works on paper by Turner, which sold for a combined £1.3 million, bringing the total for works by Turner to £19.8 million.

Elsewhere in the sale, auction records were set for eight artists, including:

Jan Sanders van Hemessen’s Portrait of Elisabet, court fool of Portrait of Anne of Hungary, which sold for £2,168,750 – over five times over its low-estimate (previous record for the artist £1,762,500)

Johann Richter’s Venice, the Piazzetta looking north-west towards the Campanile, which made £368,750 setting a new record in sterling (previous record for a single work by the artist £259,418)