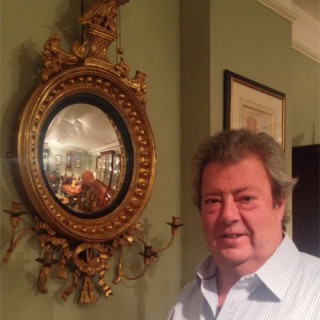 The history of tea, the furniture used and the etiquette that surrounds it is a fascinating insight into the daily habits that we continue to practise today, says expert Partick Sandberg.

Having a cup of tea is considered an everyday occurrence here in the UK, it can be inconceivable to think of life without it, or to look at a time when it wasn’t readily available. Tea-drinking has not always been a common practice, and its late arrival into the country may surprise the tea-loving readers among you, particularly because it has become synonymous with being British.

Arrival of tea in England

It is believed that one of the first times tea was brought into the country was on the arrival of the Portuguese Princess, Catherine of Braganza, who was wed to the King Charles II in 1661. Her passion for tea originated from her mother country, and it was a commodity that she assertively requested during her time in England. Her taste and preferences had a huge influence on tea-drinking across the country. 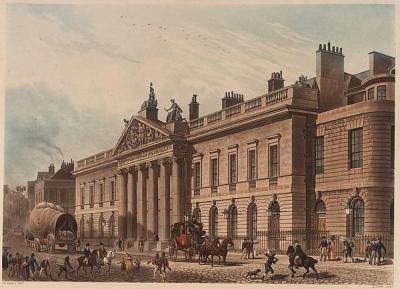 By the early 17th century, tea was regularly being imported by the East India Company. The organisation had been granted a monopoly of the African and South American market, at the time, tea was also produced and came from the Far East.

The perceived limited availability of tea, its quality and exoticness of the drink all contributed to the leaves being incredibly expensive and reserved for only the elite members of society. Tea also had a considerable tax attached to it, which again, made it an extremely expensive commodity. A taxation of 199% was imposed on the products, which led to frequent illegal smuggling of the leaves. The Commutation Act was introduced in 1784, which enforced the reduction of the tea tax to 12.5%. This allowed the lower classes to enjoy the brew, without breaking the law.

The etiquette of drinking tea

Tea-drinking, the etiquette and the social expectations surrounding tea parties, however, was still an activity that was reserved for the wealthy. It was something the lower class could only aspire to.

Within wealthier families, the gentlemen of the house would usually retire to coffee houses, while women would stay in their homes and entertain guests. These tea parties were known as ‘at homes’, and the protocol was taken very seriously. Typically served in the afternoon, in either the drawing room or gardens between 4pm and 6 pm, the lady of the house would serve the tea herself, using their elaborate tea-making accessories. There were several manuals and guide books published that provided advice to the ladies of wealthy houses about how to organise and host a successful and socially-acceptable tea party.

It wasn’t until the 19th century that tea rooms and teagardens begun opening, as the social craze continued to take the country by storm. ‘Breakfasting’ was trending and the famous chain Lyons Corner House tea rooms, along with other small companies began opening.

Along with the expected mannerisms surrounding tea-drinking, there were also preferred methods and equipment used in the preparation and serving of the drink, as discussed below.

Tea sets were available in a huge variety, from the simplest, which consisted of a teapot, milk jug, sugar bowl, cups and saucers for two people, to the more elaborate and large sets. These were suitable for grand houses and tea parties held across long tables; there would be several milk jugs and tea pots, placed across the table. Along with enough cups and saucers for serval guests.

For the grand houses, each set would have been custom made, for the individual who owned them, so the shape, design and detailed was unique to each owner. The tea sets were also regularly changed, as they were as much of a show piece as an eye-catching piece of artwork or an elaborate item of furniture. They demonstrated wealth through the quality and the craftsmanship of each piece. Ornamental detailing was used, from floral patterns to family emblems.

Tea caddies were usually made from expensive and desirable materials, such as silver, ivory, horn and tortoiseshell. It wasn’t until the late 17th-century that the caddy was made from woods, the preferred material was mahogany and satinwood. The design of the tea caddy developed with the styles of the time, some had Rococo, while others took influence from the King Regent. Tea caddies often came in pairs, one designated from black tea, the other for green tea. Within each caddy, there would be separating compartments, from the leaves and sugar. The tea caddy was usually hinged and could be locked with a key. The key was usually tied around the waist of the lady of the house; this was to ensure the prized and expensive contents were not handled or accessible to the servants.

The tea table was used for serving the afternoon teas. They are usually much smaller than the modern coffee table or dining table and typically, much lower to the ground. In grander houses, there would be Sheraton tea tables, which are in a semi-circle and would be placed against a wall.

The tea gown was designed to be worn during the lady’s ‘at home’ tea parties. They were strictly to be only worn indoors and only acceptable when there were a handful or less of guests present. As one of the most informal items of clothing of the time to be worn while socialising, the light dresses were semi-fitted and didn’t require a corset.

The lower classes of society, still drunk tea but the ceremonies were drastically different. Rather than a plethora of sweet treats to accompany their brew, workers from factories and mines would enjoy their ‘high tea’ with breads and cheeses.

Located in one of the most prestigious and popular parts of London, Kensington Church Street is an antique enthusiast’s dream, and Patrick Sandberg’s shop is in the heart of this hub. Patrick has had a lifelong passion for antique furniture and has been dealing with them for over 25 years; his comprehensive knowledge and extensive collection of 18th-century Georgian and early 19th-century century Regency furniture is one of the greatest in central London.