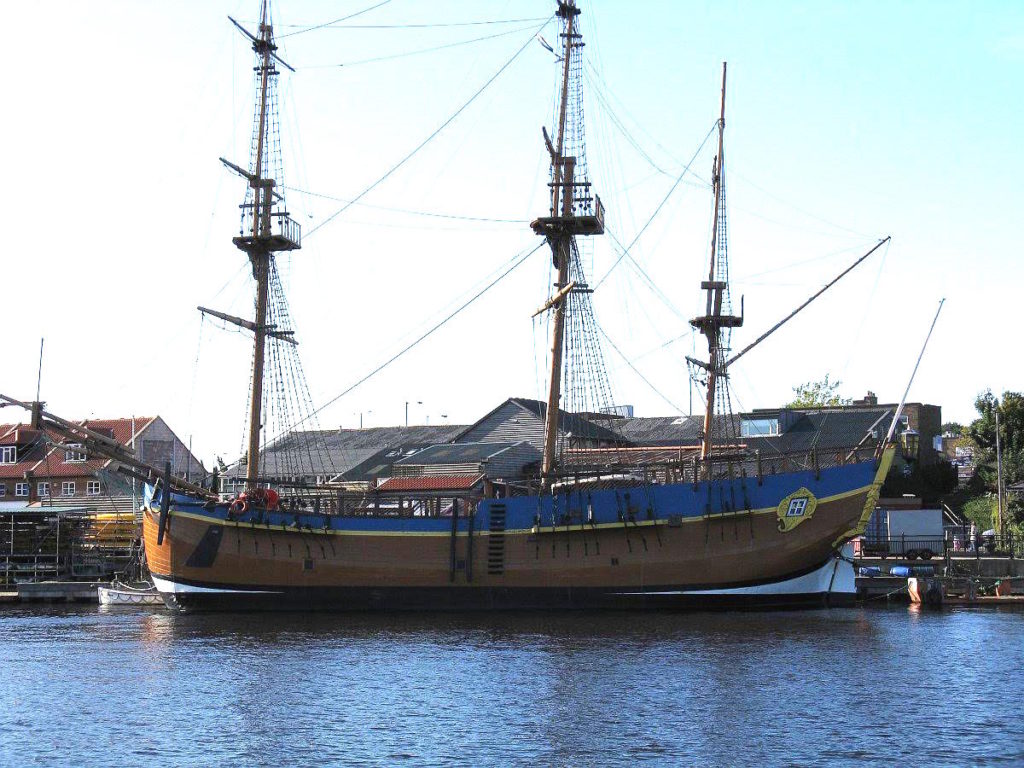 A full-size working version of Captain James Cook’s HM Bark Endeavour is to be sold by Lincolnshire auction house Unique Auction House, later this month, with any bidder hoping to set sail in it expected to splash out an estimated £50,000.

The ship is the only full-size replica of Cook’s pioneering ship in the northern hemisphere, built to the same dimensions as the original complete with masts and rigging, and is one of only two in the world. However, unlike Cook’s vessel, this version is built around a steel frame, rather than timber, and has one less internal deck.

It was constructed 23 years ago at a cost of £2.5m and has spent its life moored on the River Tees at Stockton in Durham.

The original HM Bark Endeavour was a British Royal Navy research vessel that undertook the first voyage of discovery to Australia and New Zealand between 1769 and 1771.

The HM Endeavour is currently landlocked but could be transported into open water where it is capable of being towed.

Terry Woodcock, Proprietor, Chief Auctioneer and Valuer of Unique Auctions said ‘This is a superb opportunity for someone to acquire a unique vessel with history, but it could also offer a lucrative business proposition to an investor or an exciting endeavour for someone with a pioneering spirit’.