The name Bill Brown is synonymous with the history of British cutlery, and items from part of his massive collection that was acquired by Museums Sheffield in 2003 will be offered alongside 17th-century rarities at two of Sworders upcoming sales this month and during November. 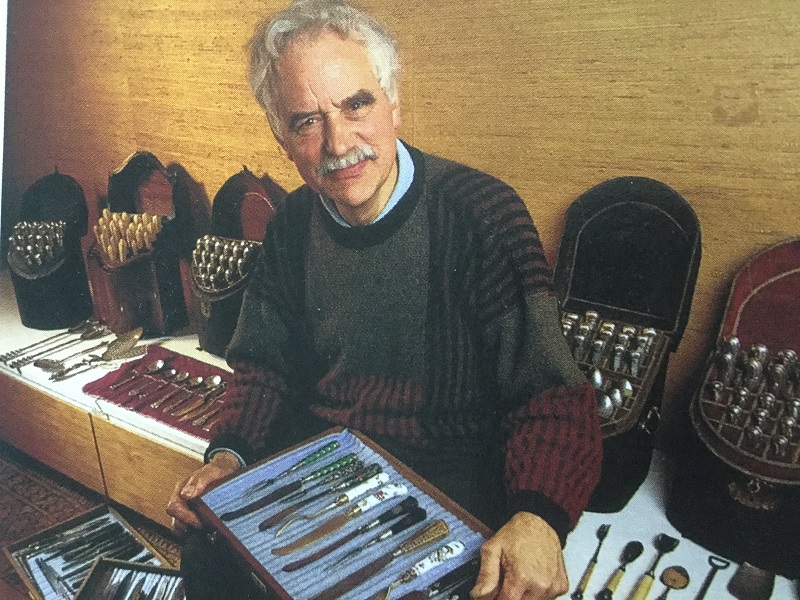 Brown has turned other people’s cast-offs into a huge historical archive that now sits in Museums Sheffield, thanks to £485,000 in Heritage Lottery and Art Fund grants.

While he scoured auctions, galleries and markets for more than 50 years in his quest to investigate the history of cutlery, he also found riches by getting up to his elbows and knees in the Thames mud.

The 1000 pieces in Museums Sheffield comprise just part of the Bill Brown Collection, which spans the history of British cutlery and flatware as well as foreign pieces that had influenced British design.

Now, more than 60 years after spending 10 shillings on his first purchase – a c.1720 knife and fork from a Dutch travelling set – he is set to disperse more pieces from his collection at two auctions at 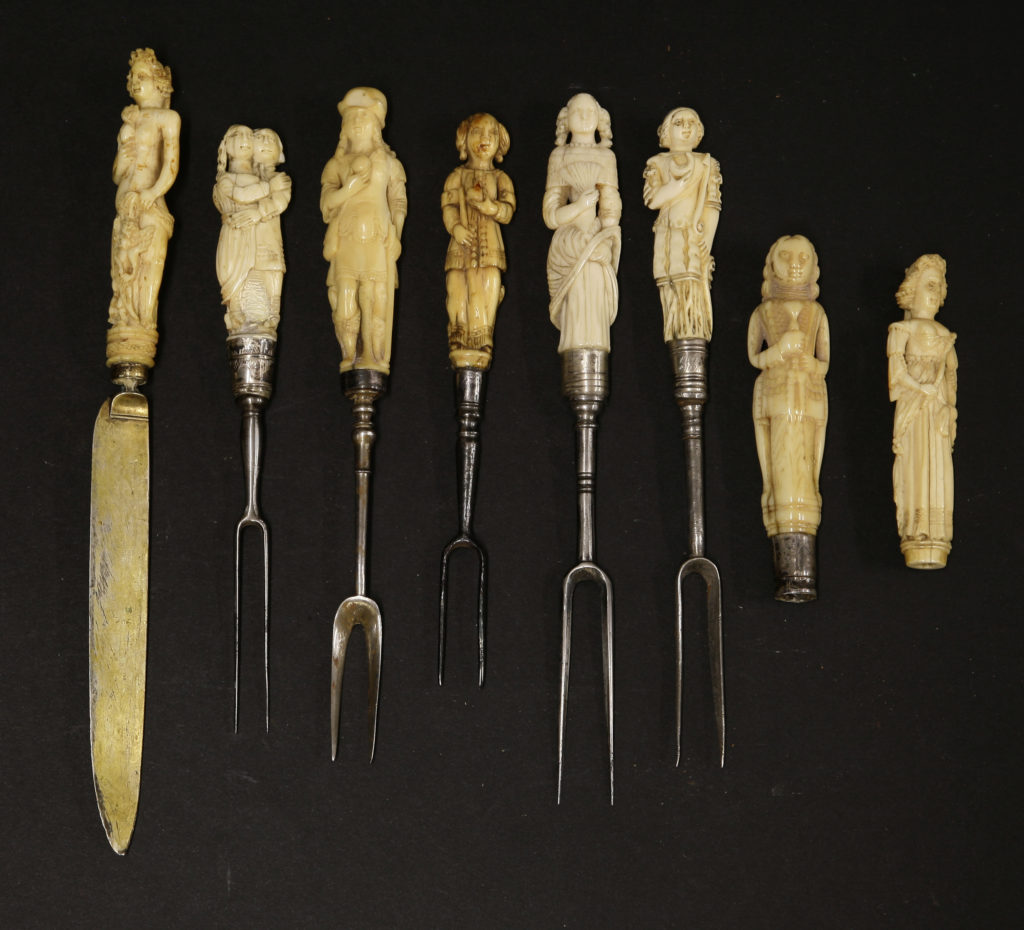 Sworders of Stansted Mountfitchet, including ancient bronze and iron knives as well as early 17th-century forks with ivory handles carved in into detailed figures. These will appear at their Autumn Country House Sale on September 12 and their Jewellery, Watches & Silver sale on November 21.

Individually, each lot will be offered in the low to middle hundreds of pounds, but their academic and historical value to serious collectors is difficult to overestimate. They span a period from ancient times to the early 20th century.

Among the highlights is a set of eight carved ivory figural cutlery handles from the early 17th century, five with two-pronged forks, one a knife, with the longest at 22cm. Together they are priced at £600-800.

Brown, who trawled the Victoria and Albert Museum as well as the continent in his quest for learning and rarities, eventually decided to rationalise his collection to help him focus on the history and development of British eating habits.

Having worked as a graphic designer, his chief interest was not dry, academic dating, but visual attributes – design, function and materials – and how these changed in tandem with habits and etiquette. One of his favourite pieces, now in a museum on the continent, was a child’s plastic spoon, designed with a train on the handle, to encourage an infant to open their mouth as the “choo choo” arrived.

In his introduction to British Cutlery – An Illustrated History of Design, Evolution and Use, edited by Peter Brown, he writes: “I could see trends which were not apparent before, such as the way the shape of the blade evolved, and the changes in constructional technique.” All of which, of course, helped in the dating and attribution of pieces.

Bill Brown’s passions extend well beyond cutlery. As a young man he was a very keen road racer (cycling), he was a keen bird watcher which probably started to assist his artwork. His biggest hobby is probably growing Bonsai trees. He is still the President of Bonsai Kai. He has won many medals for his Bonsai including some at Chelsea Flower Show.

The detailed catalogues will be available soon on Sworders’ website at www.sworder.co.uk