A rare 18th-century plate, found in a kitchen cupboard in Derbyshire, could sell for more than £150,000 at auction at Hansons Auctioneers. 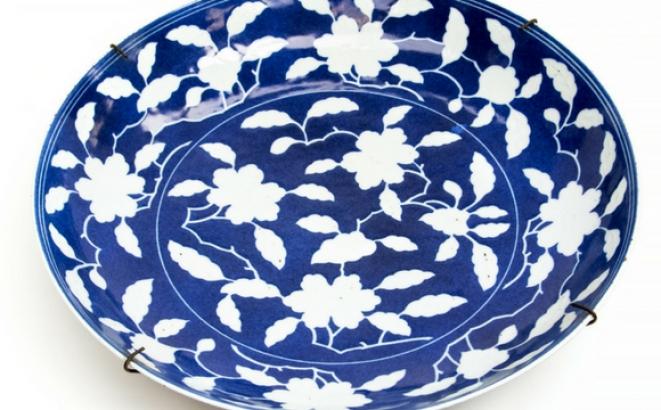 The rare plate – of which there is a replica in the National Museum of China and Guangdong Museum – carries the reign mark for Emperor Yongzheng. It dates back to 1723-1735 and is set to go under the hammer on September 29.

The auction house believes that its original estimate of £60,000 is now looking conservative after it emerged that replicas of the plate exist.

Charles Hanson of Hansons Auctioneers, said: “This Chinese plate, which had been hidden away in a kitchen cupboard in South Derbyshire, could now easily exceed £150,000. Interest in it was strong from the start but when we revealed that replica versions of the plate existed in the National Museum of China and the Guangdong Museum, it became extremely hot property. Potential Chinese bidders have made special journeys to our saleroom in Etwall to view the plate privately.”

He continued, “There is also a similar plate in the Metropolitan Museum of Art in New York and all of these factors make it even more desirable for Chinese collectors and dealers as well as European ‘Chinamaniacs’.”

The ‘reverse blue’ technique used on the plate dates back to the early Ming dynasty and the Yongzheng emperor, being a noted porcelain connoisseur, commissioned high-quality pieces in the Ming style.

“To own such a rare and important piece is hugely appealing to many collector,” Charles said. “The plate had been kept in a box in a kitchen cupboard at a house in South Derbyshire ever since our client inherited it from her granny two years ago. It’s in good condition – even though granny did put a metal plate mount around it! That has now been professionally removed.”

Measuring 13 inches in diameter, the plate is decorated on both sides with white flowering blossoms borne on leafy branches. Against a vibrant powder blue background, the flower petals and veins of leaves are detailed with fine slip trailing. The design derives from the Ming prototype of the 15th century.

Mr Hanson said: “The plate belonged to Alexander Robertson, who was born in Thornhill, Scotland, in 1861. Though from a humble background, he had big dreams and, sometime after 1881, he went to America to seek his fortune. He succeeded, becoming vice president of the Continental and Commercial Bank of Chicago in 1906.”

Robertson set up a household befitting a wealthy man, complete with solid silver cutlery, English bone china and objects d’art were accumulated. It is believed he purchased the Chinese plate in 1911.

“Though he married he never had any children and, on his death in 1922, all his possessions were shipped back to Edinburgh and divided between relations.”

A member of the family selling the dish, who wishes to remain anonymous, said: “We knew the dish was valuable because our auntie took it along to TV’s Antiques Roadshow in the 1990s and they said it was worth £20,000 then.”