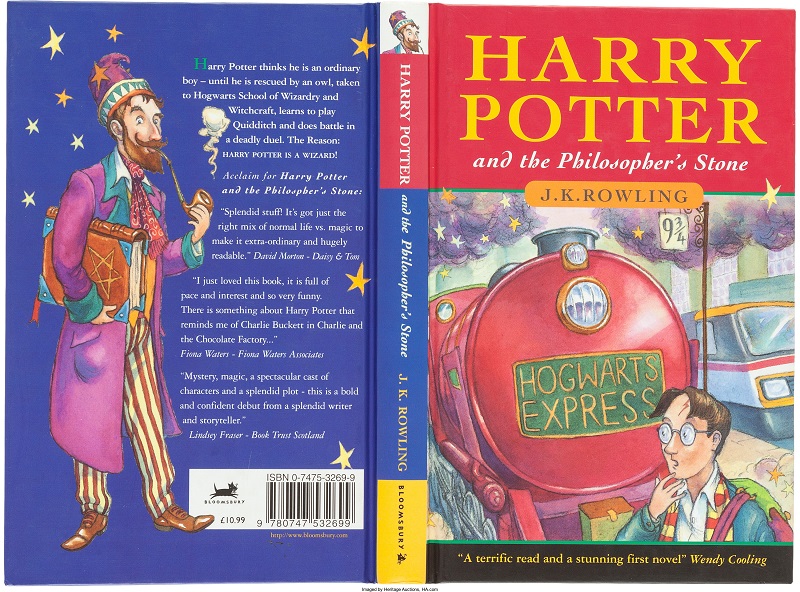 A rare, first-edition copy of Harry Potter and the Philosopher’s Stone has sold for a world record $81,250 (£60,547) at Heritage Auctions‘ recent sale in Dallas.

One of just 500 original copies, of which 300 were destined for British libraries, overall bidding was ‘frenzied’ at the sale, with numerous lots pushing well past their pre-auction estimates to secure nearly $2 million (£1,490400).

A swarm of bidders pursued the first edition of J.K. Rowling’s Harry Potter and the Philosopher’s Stone until it more than quadrupled its pre-auction estimate before finally hammering at $81,250. Presented as originally sold, without a dust jacket, the volume also set the world record for the highest price paid for an unsigned work of fiction published in the last 50 years.

Heritage Auctions Rare Books Director James Gannon said, “We have sold great Harry Potter titles – not to mention chairs – in the past, but we never really paid attention to such a thing as a world record.” He continued, “This recent copy of Harry Potter and the Philosopher’s Stone surpassed the earlier record of approximately $60,000 by more than 30 percent. It very well may be the highest price obtained at auction for any unsigned work of literature published in the past 50 years.”