With the recent death of its founder, Hugh Hefner, Playboy has been back in the news in recent weeks, so a collection of ‘naughty-but-nice’ cartoons created for the magazine look set to create interest at Catherine Southon Auctions next month. 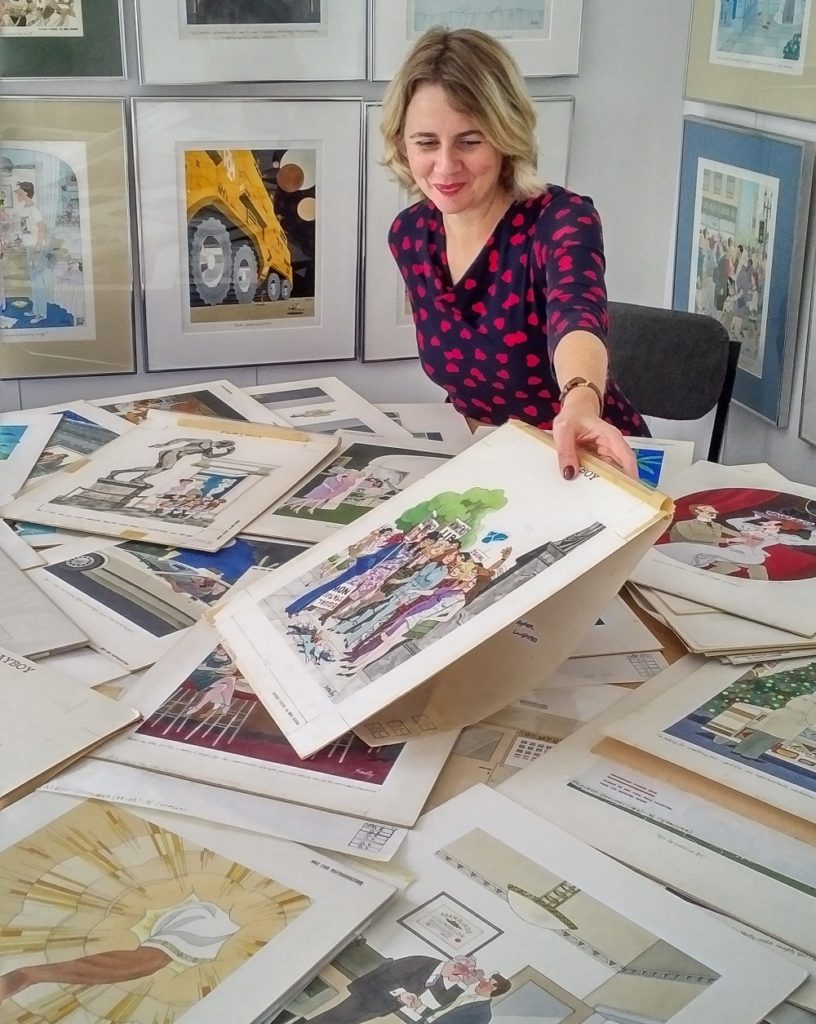 To celebrate their special fifth anniversary, the auctioneers will be selling part one of the Smilby Cartoon Collection. Smilby, Francis Wilford-Smith (1927-2009), was one of the most successful cartoonists and advertising artists of his day, with a career that spanned nearly half a century. Smilby (a combination of his and his wife’s surnames) was best known for his contribution to Punch and his extensive colour work for Playboy magazine.

Part One of the collection will include cartoons from the 1950s to the late 1990s. Among them works which appeared in Playboy as well as Punch and Men Only, but also some cartoons from other publications he worked for like Housewife, Lilliput, Sketch, New Yorker and Diners Club, including many international editions. 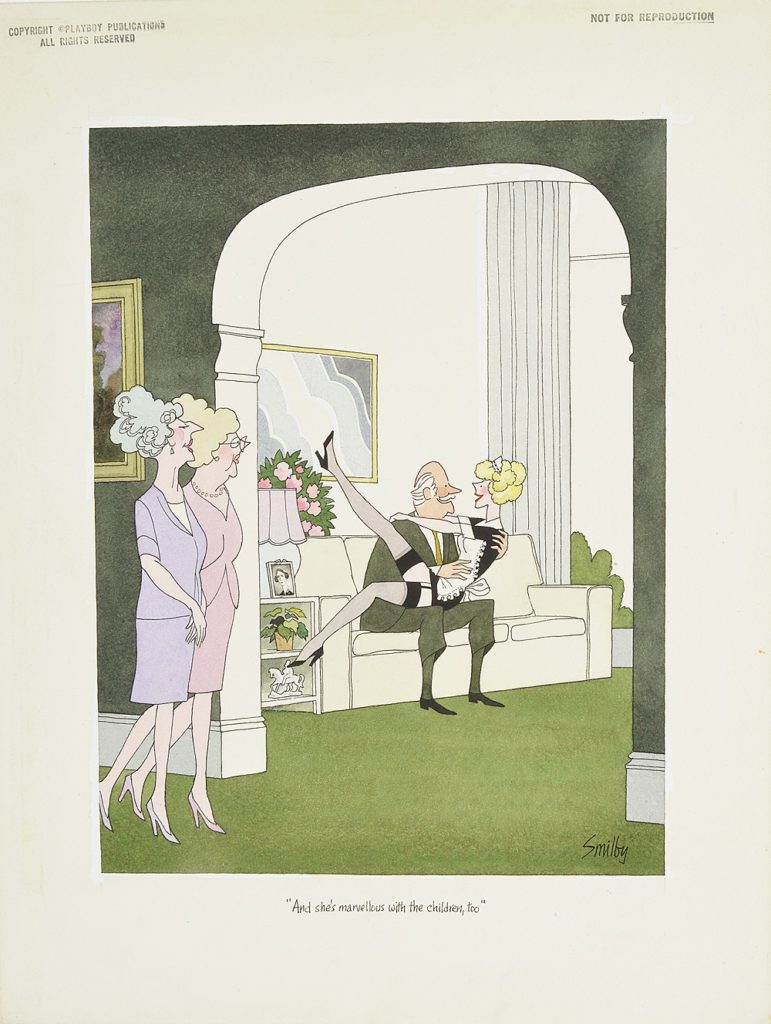 Among the 150 lots will also be some of his advertising work for Guinness for example and his big-format ‘Legs’ series. The auction will also include some works, dust jacket designs and books by fellow artists from his collection – among them pieces by Vargas (signed by the artist to ‘Smithy’ as Smilby was known among his friends) and fellow illustrator L G Illingworth.

The estimates will be ranging from £100 to £200 for most cartoons and up to £1,000 for bigger works and those including the original artwork as well as preparatory sketches and also some unpublished material. The auction will also include some of the books which inspired his own work and paintings he bought over the years. 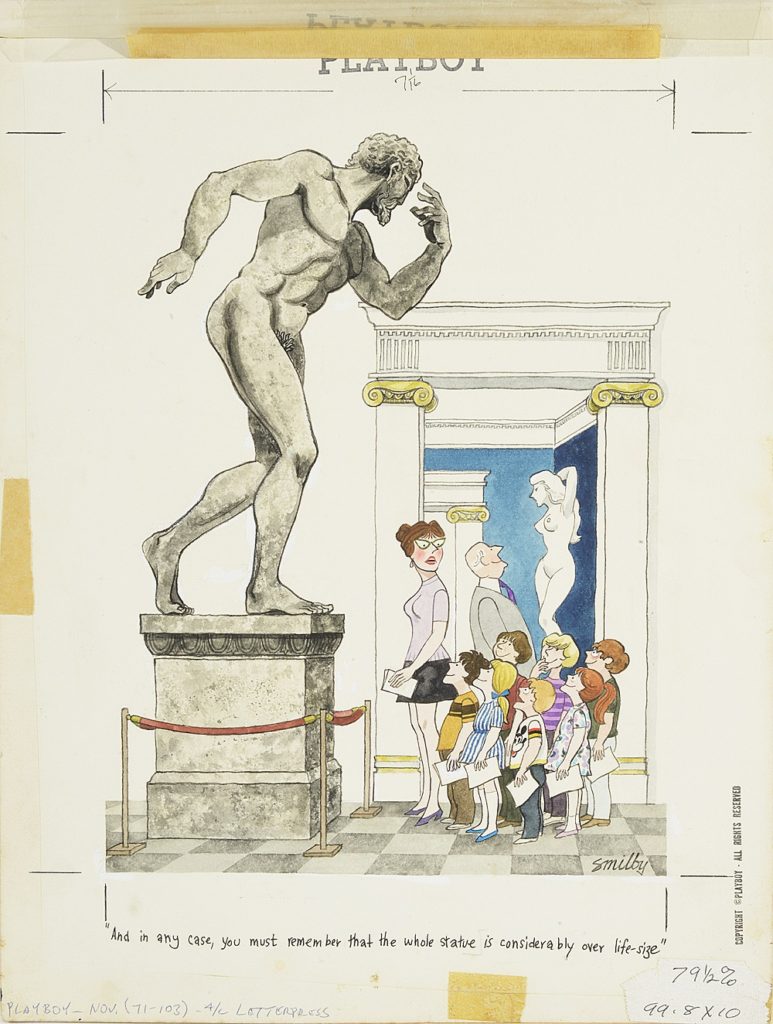 Catherine Southon said, “This collection of artwork has to be one of the most exciting projects I have come across in recent years; the quality of the drawings are simply stunning. The colours of the Playboy drawings in particular, are so bright and fresh, and although some of the themes are a little risqué- the majority are very Carry on Camping!” She continued, “Many of the drawings also have a gentle nudge towards the 1930s, an era which Smilby loved, with their striking colours and deco design. But what excites me most is that each cartoon is unique and a stunning work of art in its own right. I am sure they will make great Christmas presents, we even have some Christmas-themed cartoons.”

The 5th anniversary sale and special Celebrity Bargain Hunt ‘Children in Need’ auction will take place on November 1 and December 6.