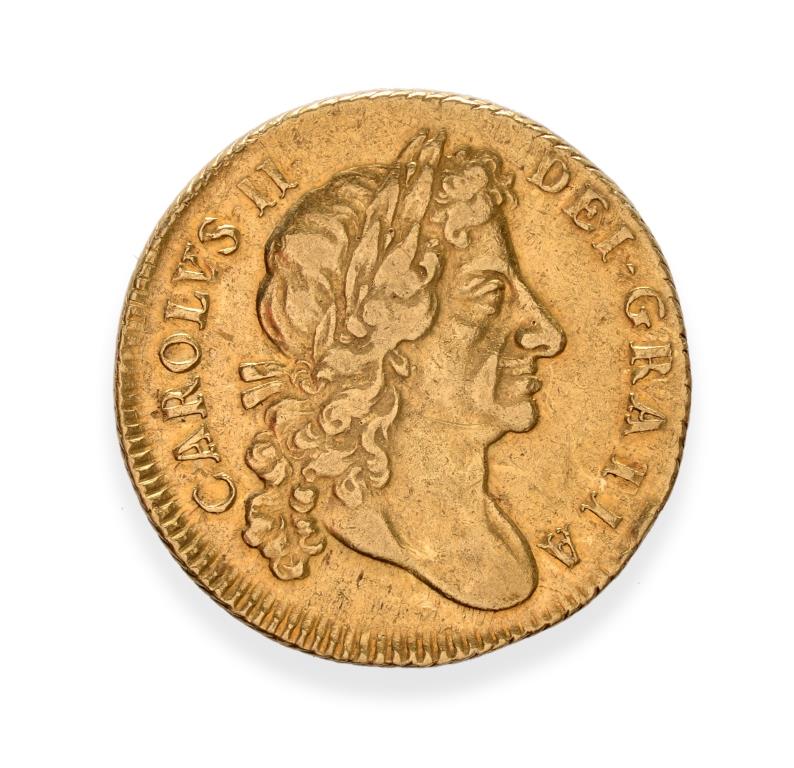 With an estimate of £800 to £1,200, Tennants’ coin specialist David Wolstencroft, said, “Anything to do with Charles II is always popular auction, and the fine condition of this guinea will be tempting to buyers.”

Elsewhere in the sale, one of the most interesting lots is a set of three rare banknotes issued in Guernsey during the German occupation in World War II. The lot comprises a 10 shilling note, a halfcrown note and a sixpence note. 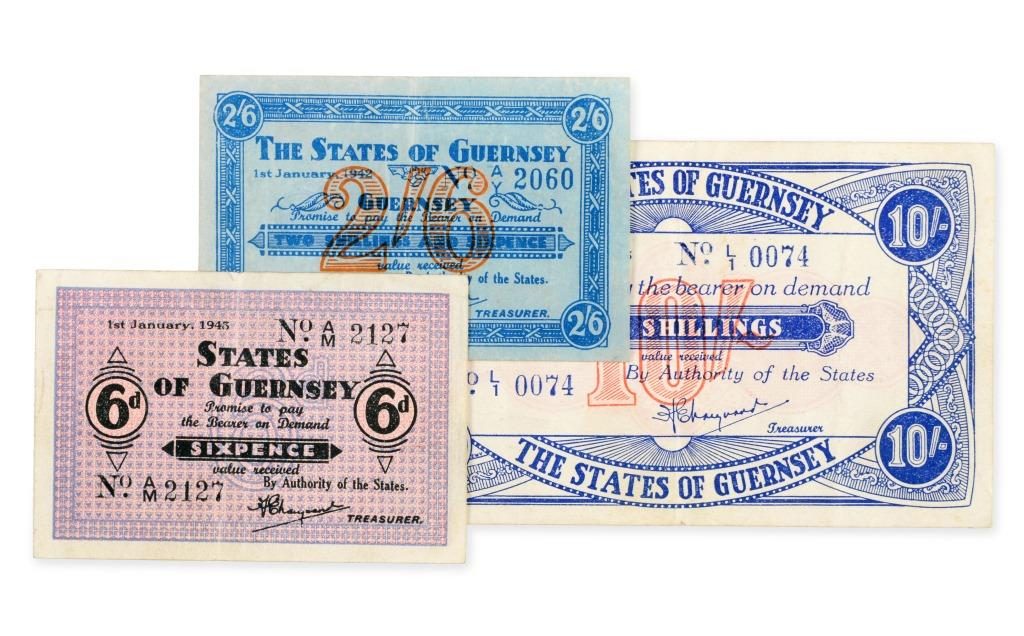 During the occupation islanders began hoarding Sterling and locally issued coins and notes, and the island experienced a shortage of small change. In 1941, the States of Guernsey were given permission by the occupying forces to issue notes in 6d, 1s 3d, 2s 6d, and 5s denominations, and from 1943 10s and £1 denominations. Consigned to Tennants by a private vendor, these sought-after wartime notes are being offered with an estimate of £600-700.